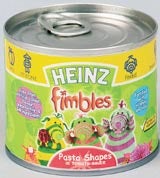 The plans, part of the Heinz global guidelines on marketing, advertising, consumer education and public relations, also state that when portraying eating, the appropriate portion size must be shown and that snacks should be shown in the context of a balanced, healthy variety of foods. The guidelines state that Heinz will not enter into vending machine contracts with schools.

General manager of European corporate affairs Michael Mullins says Heinz is reviewing its marketing strategy to reflect the company’s values. He adds that the guidelines are formalising a strategy which it has been following for about two years.

The strategy initiative comes at a crucial time in the debate over the responsibility of food advertising for the rise in childhood obesity. This week, the Food and Drink Federation, British Retail Consortium, British Hospitality Association, National Farmers Union, Food Advertising Unit and ISBA will announce they are forming an alliance. It aims to ensure a co-ordinated response from the food industry on the issue.