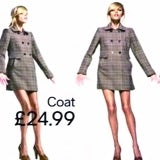 A TV ad for H&M featured a model striking different poses in a jacket and high heels. Complainants said it was offensive because they believed the woman looked “unhealthily thin” and could give an unrealistic idea of a desirable body image to younger viewers.

H&M said its policy that includes not working with models that are significantly underweight, but that it would take the complaints into consideration for future advertising.

The Advertising Standards Authority said it “welcomed” H&M’s assurance and concluded that most viewers would interpret the ad as promoting the design of the clothing rather than a desirable body image.

The watchdog looked less kindly on a website ad for Drop Dead Clothing that featured a model in bikinis and denim shorts, with visible hip, collar, rib and thigh bones. One complainant said the woman looked underweight and anorexic.

Drop Dead Clothing said the model was a “standard size eight”, but conceded that makeup used in some of the images may have given her the appearance of dark sunken eyes and her stretched poses might have made her look thinner.

The ASA said that the model’s appearance was likely to impress upon Drop Dead’s target audience who might view her slim torso as being something to aspire to.

It ruled that while the images may not cause serious offence, they were socially irresponsible and must not be shown again in their current form.

Earlier this year the ASA banned an ad on website Zazzle that featured a children’s t-shirt emblazoned with the Kate Moss motto: “Nothing Tastes As Good As Skinny Feels”.

MPs Jo Swinson and equalities minister Lynne Featherstone co-founded the “Campaign for Body Confidence” last year, which was formed to increase pressure on the ASA to ban ads that feature digitally manipulated images. 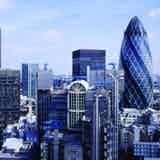 The Financial Services Authority (FSA) has drafted in former Publicis marketer Zitah McMillan to oversee external and internal communications as the City watchdog prepares to put customer experience at the centre of retail banking regulation. 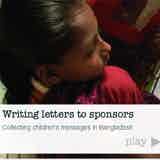 ActionAidUK has appointed former Greenpeace fundraiser Helen McEachern to develop a clear income generation strategy for the charity after seeing its supporter base shrink in recent years. 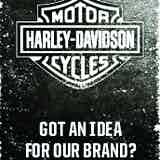 Harley Davidson is rolling out a crowdsourcing initiative as part of its transformation strategy to make the company more “customer-led” and connect with the “next generation” of fans.