The bags of destroyed clothing were found by a student behind a Manhatten store, and after she received no response from the company, she contacted the New York Times with the story.

Unsurprisingly, New Yorkers and people around the globe reacted with a flurry of angry blogs and Twitter posts, berating the company for is wasteful actions when New York is suffering increasing numbers of homeless people on its streets amid a harsh winter and global recession.

Many high street retailers have deals with charitable groups that see unsold items donated to charities and put to good use.

Since the article was reported in The New York Times, H&M has issued a statement saying that the company’s policy is to donate unsold items to charity, unless they are damaged and claims it will not happen again.

H&M says it is also re-evaluating its policies and checking other stores are not doing the same.

The Swedish based retailer has 2,000 stores in 35 countries worldwide and has built up a strong global brand – all of which is at risk from the effects of the unscrupulous actions at one store.

It’s a reminder to all global retail businesses that just having a policy to do the right thing is not enough.

How environmental a retail chain is in reality comes down to decisions made by individuals in each store.

Retailers need to make sure that policies are followed and staff are trained properly on how to deal with things like food and stock and packaging wastage or at the very least that they are able to use their common sense to avoid creating potentially damaging situations for the brand.

A lot of brand equity can be destroyed by the actions of one store, despite massive investment into brand building and instigating good business policies.

The H&M scandal comes as Marks & Spencer approaches the second anniversary of its clothing exchange, in partnership with Oxfam.

M&S hopes to encourage its customers to recycle clothing at Oxfam, in exchange for M&S vouchers in a bid to reduce the amount of clothing that goes to landfill, raise money for charity and recycle.

Although the partnership is not directly related to how M&S deals with its unsold items of clothing, it is a campaign that raises awareness of the need to recycle clothing and not just throw it away.

Since its launch three years ago, M&S has built its brand on Plan A, its 100-point five-year plan to be a more conscientious retailer with policies to help combat climate change, reduce waste, use sustainable raw materials, trade ethically, and help our customers to lead healthier lifestyles.

H&M’s brush with scandal in New York should be a reminder to all retail bosses that actions speak louder than words.

Coca-Cola and Unilever are shifting their digital focus away from traditional campaign sites and towards community platforms, such as Facebook and YouTube, as social media begins to dictate their marketing activity in 2010. 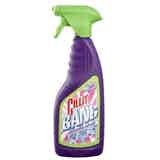 Cillit Bang has been voted the UK’s most disliked brand name according to a survey by branding consultants G2.

I’ve never forgotten the powerful mantra, “Never sell to a stranger”, emblazoned on the front of a bright red brochure from Ogilvy Direct in the mid-1980’s as I started my career in data marketing.