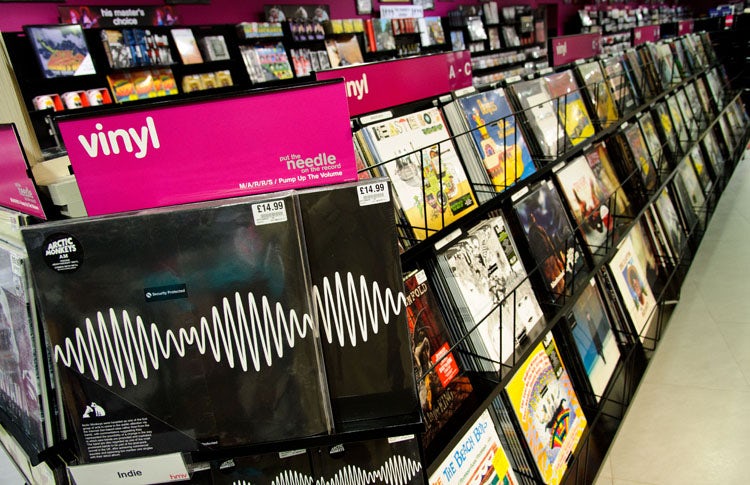 HMV has been pulled back from the abyss of administration once again thanks to the owner of Canadian music chain Sunrise Records and vinyl enthusiast, Doug Putman.

HMV will continue to have a strong high street presence, with 100 of its 127 set to remain open, although that doesn’t include its 100-year-old flagship on Oxford Street. The decision to close loss-making stores, while difficult for the staff set to lose their jobs, means HMV should start life under its new owners on more even footing.

“We are delighted to acquire the most iconic music and entertainment business in the UK and add nearly 1,500 employees to our growing team,” said Putman, who also bought 70 HMV stores in Canada when the chain went under there in 2017.

“By catering to music and entertainment lovers, we are incredibly excited about the opportunity to engage customers with a diverse range of physical format content, and replicate our success in Canada.”

Putman has seen some success with this formula in his native Canada; he has grown the Sunrise brand from five stores when he took over in 2014 to more than 80 now, largely thanks to the addition of those 70 HMV stores, which he rebranded.

And his optimism for the future of brick-and-mortar stores is positive for an entertainment market still challenged by the shift to digital.

But HMV needs more than someone with a good business head and a love for vinyl and CDs if it has any hope of turning itself around.

And it is the brand as much as the business that needs a complete overhaul. Its image has been tarnished and Putman needs to do something to distance it from years of being associated with a slowly dying business – physical entertainment sales.

What’s in a name?

Putman has indicated that, unlike in Canada, he won’t be getting rid of the HMV name. He points to its heritage as a reason for the name being a valuable asset – especially if he intends on servicing mainstream media fans. However, that name could also act as a roadblock to getting people to reappraise the HMV business.

The issue with Putman’s reliance on HMV’s heritage is that it is not the same “iconic” business that it once was. Now the brand has baggage after falling into administration twice in seven years and needs to shake off perceptions that it simply is not able to serve consumers in a digital-first world.

Those waning consumer perceptions can be seen in brand metrics. Its prompted awareness is relatively high at 92.6% of the UK population, according to YouGov’s BrandIndex. But it has seen statistically significant falls in measures including impression, reputation and recommendation over the past year.

Its buzz, which measures the positive and negative things said about a brand, has also fallen by 10.7 points to -8.8, putting it second lowest in a list of 50 high street retailers above just Sports Direct. That shows the scale of the job facing the brand if it wants to turn all the negative recent news into a positive story.

Could it be that HMV has become something people are used to seeing on the high street, rather than a brand they have an affinity with and would genuinely care if it still existed or not?

READ MORE: Brand heritage alone will not be enough to save HMV

Mark Mulligan, managing director at media and tech analysts Midia Research, says while HMV as a consumer brand still has a lot of visibility and recognition because it has been part of the British entertainment landscape for so long, its relevance has been eroded by years of digital growth it was not part of. Because of this, it has become associated with declining physical products rather than the buoyant entertainment market.

While its vinyl ambitions are clear, whether a national chain so intrinsically linked with CDs and DVDs can ever be known for vinyl feels doubtful. And without a complete rebrand, it is unlikely it will be able to engender the hard-earned loyalty of music aficionados from independent music shops.

But here, perhaps there are smaller opportunities to tap into the growing trend for nostalgia and the adolescent market, like retailers such as Urban Outfitters have been doing successfully for a number of years.

And there are clearly much bigger opportunities to monetise its fandom, as Mulligan explains: “It has lost the race for monetising consumption, so now it can instead look to fill the cultural hole that is left by all of our entertainment choices disappearing off our shelves and into the cloud,” he says.

“Merchandise targeted at super fans across music, video and games, sold in stores that aim to deliver experiences (with live events, bars, coffee etc) could be a strong alternative future for HMV.”

A necessary alternative too, it seems. According to data from the Entertainment Retailers Association, in 2018 sales of physical music were down 16.6% year on year, physical video sales fell by 16.9% and physical games dropped 2.8%.

HMV has lost the race for monetising consumption, so now it can instead look to fill the cultural hole that is left by all of our entertainment choices disappearing off our shelves and into the cloud.

All growth for the UK entertainment market is being driven by digital services like Spotify, Netflix, Amazon, Sky, Apple and Google, whose revenues now account for more than three-quarters (76.1%) of entertainment sales value.

Meanwhile, Kantar Worldpanel’s entertainment barometer shows the market share gap between front-runner Amazon, on 23.2%, and closest rival HMV, on 18.5%, is widening – although HMV did overtake Amazon to be the largest physical music retailer with a 29% market share.

But the market for physical music and video sales is expected to continue to decline, from £1bn in 2018 to just £645m by 2023, according to GlobalData, highlighting the need for Putman to widen HMV’s proposition in other categories, as well as giving people reason to step in store beyond the products it sells.

Would HMV’s future be in better hands if the brand made way for Sunrise Records? It’s a balancing act between wanting to preserve the HMV brand and wanting to position it for the future of the entertainment industry.

Introducing a new brand to the crowded UK retail scene, as Australian firm Bunnings will tell you after its disastrous attempt to rebrand Homebase, is a difficult job. Reappraisal is perhaps an easier one if HMV is to avoid falling into administration for a third time. 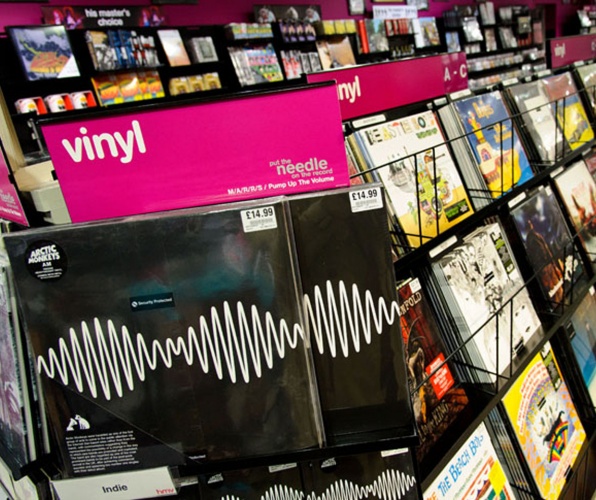 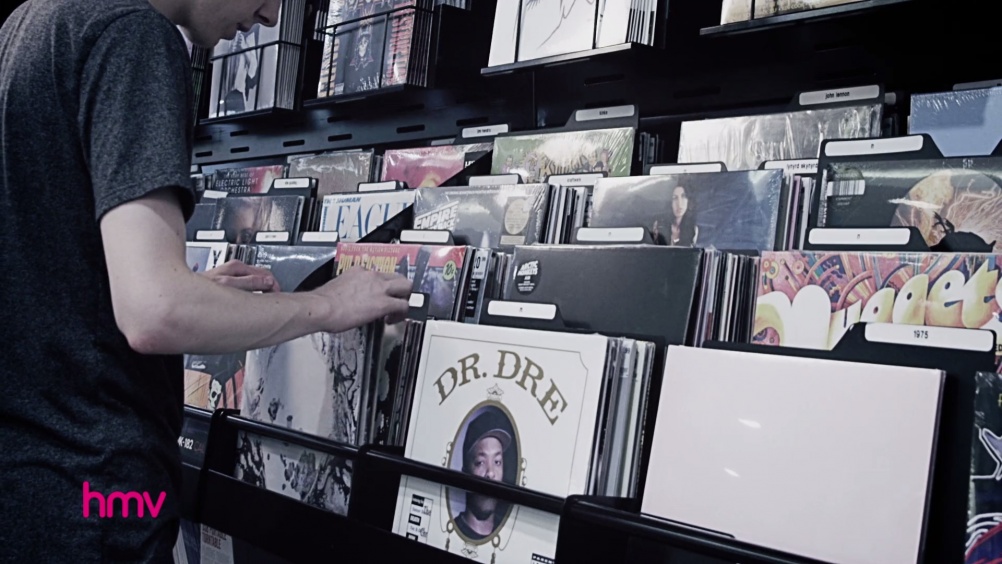 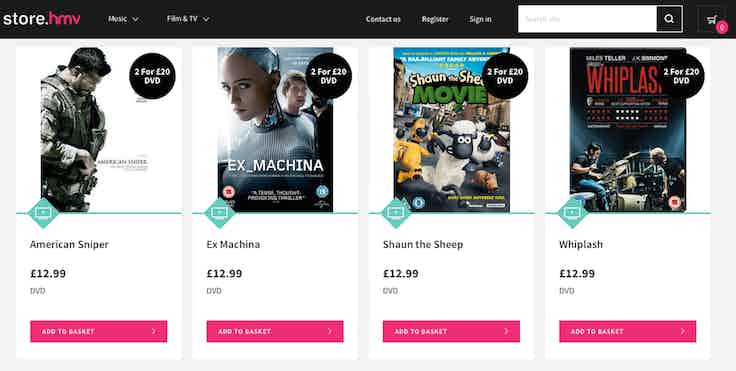