The retailer has taken a 50% stake in the digital firm, which will now become its single supplier for all existing digital operations.

HMV says its digital offers in the UK will be “transformed” by access to 7digital’s technology and music and video catalogue. The digital entertainment firm has deals with some of the world’s biggest record companies including Universal and Sony.

7digital will also run the digital e-books store for HMV’s Waterstone’s  business as well as launching a mobile application on Blackberry.

Simon Fox, chief executive of HMV Group, who was recently linked with the vacant chief executive position at ITV, says the deal will help the Group “accelerate our growth in digital entertainment” as well as helping it become “a major player in the market for legally downloaded entertainment”.

The announcement comes as HMV reports a drop in like for like sales across all divisions, down 1.8% in the 18 weeks to 29 August.

A 3.7% dip in sales at Waterstone’s offset gains at HMV in the UK and Ireland, where like for like sales increased 1.7%.

The deal follows a number of other partnerships HMV has signed this year as the retail group looks to diversify. In April, it signed a deal with Orange to sell mobile phones and accessories in-store and agreed a partnership with independent cinema operator Curzon. The agreements followed its partnership with live music operator Mama Group at the start of 2009 that saw several live music venues re-branded with the HMV brand. 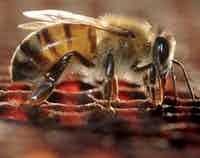 Data stewards are vital to the success of data governance programmes. So what are the skills required? David Reed finds out.

Direct marketing is still failing to be personally relevant to the majority of consumers, a new survey has found. Just 12 per cent say they are receiving offers via DM that have personal relevance, with 54 per cent saying that virtually none are relevant. Only one third (34 per cent) said some of the offers […]