The online store will allow shoppers to buy physical CDs as well as DVDs with the same promotions on offer online as in its stores. Previously customers had only been able to buy digital downloads, with HMV putting the focus on content and entertainment.

Promotions include two compilations for £15. HMV is also offering free delivery for orders of more than £10.

HMV hopes it can tap into a base of loyal customers that might want to buy from the chain but no longer live near a store. At its peak HMV had almost 300 stores but that figure is now closer to 120 after the business was forced to shut a number of shops after it went into administration in February 2013.

The ecommerce site is seen as another necessary step for HMV as it continues on its road to recovery.

New owners Hilco have focused on content and personalisation since taking over the business in a £50m deal two years ago. The stores have introduced more live gigs and signings by top artists in a bid to up footfall and boost sales.

That appears to be paying off with HMV taking the number one spot for physical music sales from Amazon in April for the first time since September 2013.

HMV’s sales rose 12% in the 12 weeks to 15 March with sales of £9.8m, according to figures from Kantar Worldpanel.

The new store has currently been soft launched but HMV will ramp up its offering over the course of the year in preparation for the crucial Christmas trading period. That will include a closer link between its content and commerce sites.

It is also planning updates to its mobile apps.

The improvements HMV has made in store layouts and marketing initiatives appear to be paying off after data shows it has stolen share of the entertainment market back from the supermarkets and consumer perception of the brand are improving. 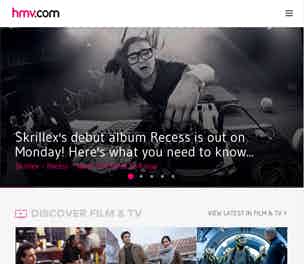 HMV has relaunched its website with a focus on content and personalisation, rather than e-commerce, as it continues with plans to revive the brand after it was saved from administration earlier this year. 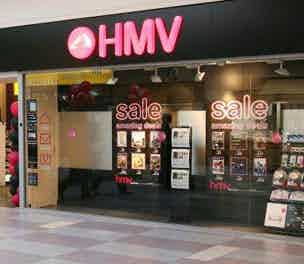 HMV is revamping its online music strategy as it launches a new digital music store and smartphone app that aims to convince shoppers of the worth of owning music rather than streaming it as it continues its recovery after being bought out of administration earlier this year.