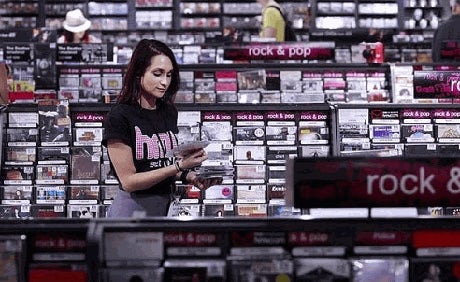 The decision, although announced internally at a company conference several weeks ago, has attracted criticism from customers and staff since it was first reported last week.

Marketing Week and the brand’s own Facebook page has been inundated with comments from consumers with some threatening to boycott stores. Some describe the move as “irrelevant” and others accuse the brand of “alienating” core customers and staff suggesting HMV could have unintentionally caused a detrimental effect on customer service.

HMV marketing and e-commerce director Mark Hodgkinson insists that it has not “banned” tattoos, but expects “extreme body art” to be covered up as part of an updated appearance policy designed to make the shopping experience “inclusive for everybody”. He did, however, concede that HMV has “not got is message out clearly enough”.

The shift is part of HMV’s ongoing efforts, he continues, to transform itself from a record shop to a broader entertainment brand. It now sells more technology devices than music and hopes to present an image more in line with this in its stores.

It is introducing a new uniform to replaces the black t-shirts work by staff with red t-shirts in a move designed to introduce a “clearer and brighter” brand identity.

Hodgkinson told Marketing Week: “It’s [the change in policy] been taken out of context and sensationalised and we’ve given a wrong impression of what we want to do. The [appearance policy] is part of something bigger within HMV about being really welcoming and inclusive to customers and encouraging more diversity of customers and making them feel comfortable, welcomed and embraced by our stores.

“We will continue to embrace diversity in our colleagues – we have one of the least stringent codes in retail and we’ll continue to. – we’re just saying where it is too extreme, bear in mind we’re trying to attract broader customers and it could be something that would deter some customers.”

Retail analyst Neil Saunders says the move risks HMV losing even its most loyal customers who engage with staff regularly and appreciate their individuality compared with online players such as Amazon.

He adds: “HMV is a brand where people don’t care much about appearance of staff. They’ve got to be careful not to end up creating something too sterile and taking away from the differentiation the brand has.

If you transplanted HMV staff to John Lewis perhaps it wouldn’t work, but the service is very good in HMV because its people are interested in what their doing and passionate about technology, film and music. [Tattoos are] almost expected in HMV and so people judge the service they get rather than what someone looks like.”

“Most people aren’t that judgmental and would prefer friendly knowledgeable service from someone with tattoos and long hair than a neatly presented person who is offhand. If you look at the Apple store, you wouldn’t say their staff are neat, they’re ‘hip and cool’ and as a tech brand that works quite well.”

VIEWPOINT: Rosie Baker
There is logic behind every consumer facing business wanting its staff to present the brand in the best way possible but this must be executed in a way that’s relevant to the brand. For HMV it has been a misguided effort that has met with a customer backlash that it can ill-afford.

A company’s staff and workforce are the living breathing epitome of the brand. They are the people on the frontline of a brand’s relationship with customers and also the backbone to making any to making any new initiatives a success.

Having a genuinely engaged workforce can be the difference between a business or marketing strategy being a success or failure and any business facing a challenging future needs its staff to be onside. If the board don’t understand what galvanises their workforce, trouble could follow.

HMV’s change on tattoo policy may be minor, but the biggest damage done is likely to be in its staff engagement. Its staff are good because they are passionate about music, film and technology. If a more mainstream appearance policy stifles that passion HMV looses some of its best brand advocates.

HMV is between a rock and a hard place. It wants to transform its business but is held back by perceptions of what its brand used to be. As a business, it cannot succeed under the old model, but as a brand its efforts to move away from its record shop roots jar with customers’ nostalgic perceptions of what it stands for. 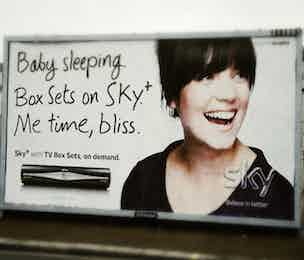 BSkyB says its strategy to focus on retention over acquisition now it has reached the 10 million customer landmark has effectively helped it reduce churn and increase revenue. 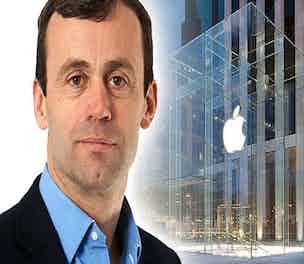 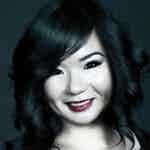