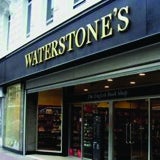 The HMV Group says the disposal is “an important step towards strengthening the capital structure of the remaining Group” and will allow it to focus on the turnaround of the HMV entertainment business.

The proceeds of the deal will be used to reduce the Group’s borrowing. It is expected to complete in June.

The business has suffered as the markets both HMV and Waterstone’s operate in face increasing digital innovations and intensifying competition from supermarkets and online retailers.

The news comes as Amazon reveals that it has sold 105 e-books for every 100 printed books in the US since 1 April.

Waterstone’s is the only major book chain in the UK and operates 296 stores. It offers around 30,000 books in its high street stores and 120,000 titles in its largest store. it also operates an online store for physical and ebooks.

Simon Fox HMV Group CEO says: “Having fully explored the options available to it, the Board believes that a sale of Waterstone’s to Alexander Mamut provides a good new home for the business. Waterstone’s is a great business with high quality people who have tremendous passion for bookselling. The Group is grateful for their contribution and wishes the team continued success. I am confident the deal will enable Waterstone’s to go forwards and to remain at the heart of bookselling in the UK for a very long time to come.”

Alexander Mamut says: “We are extremely pleased to have reached an agreement to acquire Waterstone’s and its great heritage. I believe that our investment and strategy will secure a dynamic future for the UK’s largest bookshop chain and I look forward to working with its booksellers in building on the principle of excellent bookselling which is at the very heart of the business.”

The HMV Group has also reported on full year trading and revealed a massive fall in like for like sales for the year to 30 April.