The music and entertainment retailer made a £46m bid for the group, which owns the Hammersmith Apollo in London just before Christmas, and has the full backing of the company’s board. It acted after Mama found itself seeking a new owner.

It comes less than a year after HMV and Mama formed a joint venture, which owns 11 music venues and an interest in events such as London’s Lovebox festival.

If successful, the proposed buyout of Mama already HMV’s joint-venture partner on a number of venues, will give the company a bigger slice of the thriving live events market, that also includes the Edinburgh Picture House, London’s Jazz Cafe and the representation for big-name artists, including Franz Ferdinand.

Mama notched up pre-tax profits of £4.8 million in the year to July 31. As well as the live music business, it also has a management business, which represents bands including the Kaiser Chiefs, Franz Ferdinand and White Lies.

Speaking exclusively to Marketing Week last November, HMV group chief executive Simon Fox said HMV has found a way to turn around its marketing model based on the premise of ‘getting closer’ to performers.

Last year, HMV bought 20 Zavvi stores and the rights to 11 live music venues including the Hammersmith Apollo. It has also bought a 50% stake in online music retailer 7Digital. It recently agreed a partnership with Curzon Artificial Eye to trial in-store cinemas and a partnership with Seatwave to collect tickets in-store. 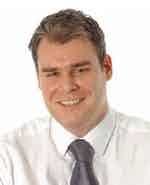 Business intelligence technologies have had a substantial impact on the way organisations understand their past performance, day-to-day operations and how they plan for the future. Traditionally, the focus of BI has been firmly in the rearview mirror, using analytical tools to understand events after they’ve happened.