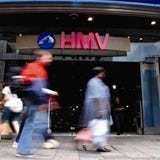 High street retailer HMV is seeking to expand its advertising roster, with a view to making appointments to specific brand-building projects and various initiatives around the Christmas season.

HMV says it is in talks with advertising agencies, but spokesman Gennaro Castaldo emphasises that Beechwood’s hold on the estimated &£15m advertising business is not under threat: “Discussions with agencies are not related to the whole advertising account, just specific projects.” He says that any agency appointment would sit alongside Beechwood, and that any tasks would be unlikely to command big budgets.

Speculation that the retailer was to conduct a wholesale review followed the appointment of Graham Sim as marketing director late last year. Castaldo says Sim is looking to broaden the company’s approach to advertising, looking at various communications channels.

While he is unwilling to discuss details, Castaldo says broad plans include initiatives to refresh the brand “without compromising the heritage or values of HMV”.

He adds: “The HMV brand has a symbolic bond with music in consumers’ eyes, and the company has perhaps been guilty of neglecting this heritage. We need to make the brand work harder.”

Castaldo says the company is developing a multi-platform strategy that aims to promote a single, holistic HMV brand – a retailer with several routes to market, under the one umbrella.

The retailer has recently revamped its online channels, as it aims to build its online store. HMV announced earlier this month that it is to cut ties with online retailer Amazon, and bring all management for its Waterstones and HMV online stores in house.