The campaign will change the “get closer” tagline to “move closer” and uses a specially adapted Nipper logo with lovehearts.

It will be supported across the entertainment retailer’s chain of 280 stores – through instore and window displays, as well as online on hmv.com and via selected national press advertising.

HMV says it is hoping that its customers and their partners “will move closer to each other this Valentine’s as a result of the initiative”.

The HMV Love shack complimentary photo booth will be installed at HMV’s London flagship store, 150 Oxford Street on Friday (12 February). It will use Boothnation Photostream technology and will be manned by its own dedicated staff.

HMV says its purpose is to celebrate the retro-future design concepts of the 1950s, with curved aluminium, moulded TV screens and space-age surfaces. It will be open to the Oxford Street public until 14 February.

Visitors can enter the booth and select from a number of a heart-shape graphics bearing the title of a famous love song, which they can then include in their free set of hmv-branded photographs by way of sharing a special message with a loved one. Featured lines include: Love is in the Air, You’re The One That I Want, You’re Still the One and Love Will Tear Us Apart.

Also available is a particularly special message that says Marry Me just in case anyone is sufficiently moved to make the ultimate romantic gesture.

Facebook is taking all display ad sales in-house, cutting short a deal with Microsoft which was due to end in 2011. 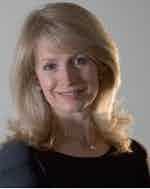 This was one of those rare press days when potential Leader columns were in abundance. I already had this column written several times before news events repeatedly forced me to start again. Subsequently I’m writing this one very much on the fly.