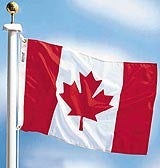 Canada is not normally cast in the role of invading force.Neither is it renowned for global marketing services. But the recent gung-ho entrance of three Canadian companies into the UK marketing services market may change those preconceptions.

The trio – Envoy Communications, Maxxcom and Mosaic – are buying their way into the UK market and using this country as a gateway to Europe. But will the funds and strategies of these wannabe WPPs and Interpublics match their ambition?

Leagas is Envoy’s first major investment in advertising. The self-confessed “new breed” of marketing company specialises in design,marketing and technology businesses. The deal took many industry insiders by surprise.

Firstly, the name Envoy draws a blank from UK marketers and most senior advertising agency executives. Those who knew anything about Envoy were talking of a company with deep pockets and an aggressive acquisition strategy as soon as the deal was announced.

Secondly, Leagas Delaney, while not an unattractive buy – client Italia Telecom is one of Europe’s largest spending advertisers – has lacked sparkle at its London agency in recent months. Barclays Bank and Adidas form the substance of its client list.

Envoy already owns two advertising agencies – Hampel Stefanides in New York and Communiqué, from which Envoy was founded, in Toronto. But as one insider puts it: “Leagas will be the jewel in its crown”.

Envoy president and chief executive Geoff Genovese does not rule out rebranding Hampel as Leagas at a later date. “We will leave everything in place at the moment, but never say never,” he says.

Leagas group chief executive Bruce Haines believes this is one of the most attractive things about the deal. “The acquisition will allow us to reformulate our company. We realised they were a whole area of communications that we were only dabbling in. To provide the kind of technical back-up needed nowadays, we needed a strategic partner,”he says.

Envoy, which reported $165m (&£115m) net revenue this year, floated on the Toronto stock exchange three years ago. It is also quoted on Nasdaq. Genovese claims the company will double its revenue in the next 18 to 24 months.

“We would like to enter new areas, perhaps the consultancy business,” he says. “It is most likely that we will buy a management consultancy or form a strategic alliance.”

Envoy’s flotation has funded its acquisition strategy so far. It believes it can afford further deals to continue the momentum. But this has been met with scepticism.

One Canadian ad industry insider says: “There were a lot of eyebrows raised at the size of the [Leagas] acquisition. We don’t think Envoy has that kind of money. It is going to have to perform really well on the stock exchange for that deal to ever convert itself into cash for those [Leagas] partners.”

Under the terms of the deal, Leagas gains two places on Envoy’s board and Envoy one on Leagas’.

Haines says that the issue of who will sit on Envoy’s board has yet to be determined. Genovese appears more decided: “We haven’t exactly talked about it, but I had thought it would be Tim [Delaney] and Bruce [Haines].”

Already there is talk of bolstering the size of the Leagas network – it has existing offices in London, Paris, Rome and Hamburg.

Genovese admits a new international media operation is in the early planning stage, reputedly a joint venture with CIA and New PHD.

Interfocus bought itself out of the Lowe Group in favour of selling a 60 per cent stake on to Maxxcom.

Interfocus chairman Matthew Hooper says he sold to Maxxcom because it pledged to help him build a network and Lowe was not capable of similar commitments.

He says the acquisition is intended to give Maxxcom a gateway into Europe. He adds that marketing services are growing faster in the UK than anywhere else in the world.

MDC, an international business services organisation, created Maxxcom a year ago. It saw marketing services as a fast growing industry and created and floated a separate holding company in order to raise funds to acquire marketing services companies.

At the same time, another smaller Canadian marketing services company, Mosaic, which has a small existing UK operation, is believed to be trying to snatch UK company Finsbury PR from under the nose of Sir Martin Sorrell’s WPP. But Finsbury director Roland Rudd denies negotiations with Mosaic.

Envoy’s Leagas deal has sparked widespread interest in a market which rarely makes an appearance in the UK business press. The Canadian assault on the European market via the UK will be watched with interest.