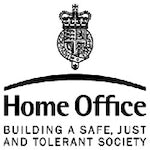 A spokesman for the Home Office says, ‘Media coverage for most government departments would have been curtailed anyway, to prevent distraction prior to the election.’

The television ad, created by Rainey Kelly Campbell Roalfe Y&R, claims that the public can expect neighbourhood police officers to spend 80 per cent of their time on the beat. It was deemed misleading and unsubstantiated by the Advertising Standards Authority, and has been banned with immediate effect.

The ad has been part of a wider campaign of TV, radio, press and online adverts launched last November to raise awareness about the policing pledge. According to the ASA, it did not make clear that the pledge was to include wider duties such as ‘talking to the public in the street, attending a residents meeting, challenging people’s actions or behaviour’.

In a public statement issued this morning, the Home Office said, ‘We are extremely disappointed by the ASA’s decision as the advert was approved by the recognised body prior to its broadcast.  We believe that ’on the beat’ is a recognised term for what the police do whilst working in neighbourhoods and engaging with communities.

‘We believe it is important to inform the public that they have a right to expect these national minimum standards, which is why we launched an advertising campaign to highlight these promises. Unless the public knows what it has been promised, it cannot then hold its local forces to account if its fails to achieve the standard.’