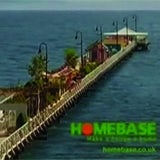 Homebase has appointed Kenrick as its new marketing director following the departure of marketing and strategy director Ajay Kavan earlier this year. Kavan had also worked at B&Q before joining the Home Retail Group’s Homebase several years ago.

Kenrick will report to managing director Paul Loft when she takes up her new role in mid-August. She will be leaving her post as chief executive of charity initiative Start.

She was previously marketing and customer proposition director at B&Q. She started her career at Mars and PepsiCo.

Homebase last advertising push – featuring a transofrmation of a train station into a homely environment was over a year ago.

Kenrick joins the retailer after Home Retail Group, which also owns Argos, reported a 9.5% drop in pre-tax profits to £265.2m last year and predicted its fortunes was not likely to improve this year because of sustained lack of consumer confidence.

The extent of the crisis in home improvement retailing was revealed earlier this month when Focus DIY called in the administrators. Business advisory firm Deloitte revealed at the same time that retail administrations are at the highest number since the peak of the recession and have increased 30% year on year.

B&Q has gone on the offensive to try and persuade consumers to update and redecorate via an advertising campaign featuring TV’s Kirsty Allsop. The campaign was launched following the chain’s hiring of Asda marketer Katherine Paterson last year, its first marketing director since Kenrick left the post in 2008.