A television commercial, created by Wieden & Kennedy London has been filmed from the viewpoint of someone travelling through a city in a CR-Z. It aims to highlight the multiple driving modes available and how they connect drivers with their journeys.

In the ad, colours represent how a driver’s engagement with a city changes according to the mode they are driving in. The ad will break on Friday (11 June) in the UK and will roll out across 29 markets in total across Europe throughout June.

Honda says the CR-Z campaign is its “next step in rolling out a unified and consistent brand message across Europe.”

Ian Armstrong, Honda manager of European communications, says: “CR-Z has been designed as the first sporty hybrid coupe to help dispel the myths that hybrids aren’t fun to drive. The CR-Z has a 3-mode drive system, providing an entertaining driving experience combined with low emissions.”

“The film showcases these different driving modes and the feelings of each mode from the drivers perspective. The film itself is fresh and intriguing and will be effective in creating desire and engaging with a more youthful audience.”

The ad will also be supported by a print campaign and the pan-European below-the-line activity has been created by Elvis. 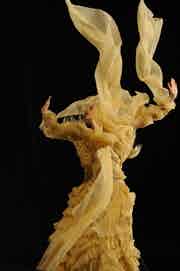 Cadbury has unveiled a £3.5m advertising campaign for Flake, which replaces the “Only the Crumbliest, Flakiest” jingle, with images of a yellow dress becoming a Flake chocolate.