It aims to highlight how Honda has distilled that varied knowledge and expertise into the cars it makes today – with the focus on the popular Swindon-built Civic model.

The ‘Everything’ campaign will run for six weeks.

The film has already been playing out in cinemas during screenings of the James Cameron blockbuster ‘Avatar’ over recent weeks .

Ian Armstrong, manager of customer communications at Honda UK, says: “Decades of engineering innovation make Honda what it is today. As a result we are able to apply our know-how to constantly evolve the huge range of products we sell today and might sell in the future. Every product with a Honda badge carries that engineering DNA – giving us an opportunity here to both celebrate that engineering expertise and back the hugely popular British-built Civic.”

“Everything” was shot over five days; on a high security Spanish test track, on water, and in Honda’s UK training facility – the Honda Institute. There are 972 edits over 17 video layers, making each section an edit in itself.

The soundtrack is “Atlas”, by The Battles, which has been rearranged to fit to the picture and reflect the style of editing used for the advert. 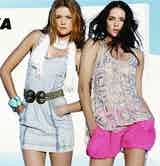 McCann Worldgroup is expected to name Nick Brien as its new CEO today.