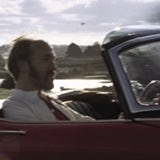 The service will include a video-on-demand channel showcasing content including Honda’s award-winning advertising, documentaries and reviews, plus an interactive service connecting its flagship Chiswick dealership with 2,000 homes.

Armstrong said last week: “We need to stop interrupting what people are interested in and be what they’re interested in,” adding that TV advertising was increasingly being used to “trigger” interest across other channels.

The service, which goes live on June 1, was developed by agency zype. It echoes rival manufacturer Audi’s launch of a digital channel last year.

The Volkswagen-owned brand became the first company in Europe to unveil a brand specific entertainment channel in October.

The Honda channel, on the Homechoice digital network, has a narrower reach but offers on-demand programming. “From a data point of view we will know exactly what is happening,” says Armstrong.

The interactive service will allow viewers to book test drives online and “talk” to advisors and showroom staff.

â¢ Honda has signed a deal with Carlton Screen Advertising to show an eight-minute documentary at cinemas about its “Choir” ad for the Civic model.