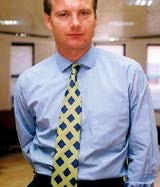 Interfocus, the integrated marketing agency which has this week bought itself out of the Lowe Group, is understood to be close to acquiring Osprey Communications.

Lowe Group has sold its majority holding in Interfocus to chief executive and co-founder Matthew Hooper for an undisclosed sum.

Hooper has in turn sold a 60 per cent stake in the agency to Canadian marketing communications specialist Maxxcom Inc.

He says the sale to Maxxcom will give him funds to make “potential acquisitions in advertising, direct marketing, new media and design”.

Hooper is understood to be in advanced stages of talks to buy out all or part of the troubled Osprey Communications group, which recently lost &£7.5m of Vauxhall Motors advertising business.

Osprey is headed by chief executive Chris Still and chairman Jack Rubins, who owns a 20 per cent stake. Stock Exchange-listed, the company attempted a merger with architects HLM earlier this year, although this fell through.

Interfocus has equivalent ad, direct marketing and sales promotion billings of &£55m, and it is understood to be valued at more than &£10m. Its clients include Lloyds TSB, Eurobet, Gillette and UDV. Osprey clients include Calor Gas, Friends Provident, and BP Chemicals.

Lowe says the sell-off follows a conflict between Lowe Lintas’ HSBC account and Interfocus’ hold on part of the Lloyds TSB business.