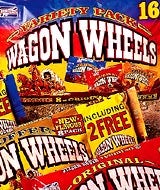 The marketing departments of Horizon Biscuits and Burton’s Biscuits will merge following the acquisition of Burton’s by US venture capitalists Hicks, Muse, Tate &amp; Furst.

Hicks Muse, which already owned Horizon, has bought Burton’s from Associated British Foods for &£130m to form the UK’s second biggest biscuit group behind United Biscuits. It will also be the UK’s largest own-label biscuit operation.

The new marketing department is likely to recruit further staff. It is not known who the new company’s top marketer will be.

Valentine was previously UK marketing controller of Horizon, a position now held by Tony Camp. Premier is also looking for a group marketing director following the departure of Andrew Baker to Cadbury Schweppes as director of marketing and commercial strategies of developing markets.

The newly-formed company’s name is likely to include both Horizon and Burton’s.

A Burton’s spokeswoman says neither brand will be dropped.

Burton’s chief executive Adrian Sharpe has been named chief executive of the new company. It is not known what role Premier Brands managing director John Nichols will take.