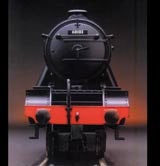 Jeffery joined Hornby in August as the company’s first marketing director, to lead the toy company’s expansion into Europe and the US (MW August 19, 2004). He reported to chief executive Frank Martin, who had previously overseen marketing himself.

It is understood that Jeffery’s responsibilities will now be split between Scalextric export marketing director Josep Pastor and Hornby licence and brand marketing manager Simon Kohler.

Hornby started the hunt for a top-level marketer in June (MW June 10, 2004) following its purchase of Spanish company Electrotren.

Martin said at the time: “As a growing business, we have ambitious plans to develop the scale and depth of our operations significantly.” However he declined to comment on Jeffery’s departure.

Jeffery joined Hornby from LucasArts, the computer and console games software division of Lucasfilm in the US, where he was president and chief operating officer. He started his career at Electronic Arts before moving to Virgin Interactive Entertainment as European marketing manager and then vice-president of marketing, first in Europe and then in the US.

Since Hornby was founded in 1907, it has gone through a series of takeovers and management buyouts and is now owned by a group of businessmen that includes Peter Wood, founder of insurance giant Direct Line.