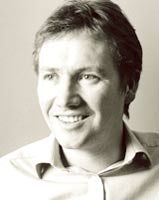 Most of those who know Johnny Hornby, say one of two things about him: he has a driving ambition to be a millionaire, or that he is destined to become one. Now it looks as if Hornby has got his chance. The 34-year-old TBWA ad man, who counts Peter Mandelson, the former secretary of state for Northern Ireland, among his friends, is setting up his own ad agency along with industry veteran Simon Clemmow.

The interview took place at the offices of TBWA/London, where Hornby is working his notice as joint managing director. Although any interview would inevitably reflect negatively on TBWA – by highlighting the departure of two such senior lieutenants – the fact it was conducted at the agency’s offices demonstrates that the split has caused surprisingly little surface animosity.

Joint managing director Garry Lace, who on the back of the double departure, has been promoted to chief executive, seems genuinely fond of Hornby: “I have enjoyed working with Johnny more than any other person,” he enthuses. “But I always knew our partnership would have to come to an end. I’m really glad, in a way, that it has happened like this.”

If Hornby is at all uncomfortable with being interviewed, he hides it well. He looks relaxed, sitting with one leg draped over the arm of his chair, and drinks orange juice from a bottle. It is the body language of someone with confidence – perhaps over-confidence – in his own ability, and could explain why Hornby seems to have it all at such a young age.

Hornby is frequently described as having the mannerisms of an upper-class, dishevelled, public schoolboy. Those who know him say this scruffy, slightly disorganised, appearance is part of his character: “He often stayed the night on people’s sofas and just put on a different tie, hoping it wouldn’t be noticed,” says former client Mark Davies, general manager of Honda UK. “He takes taxis everywhere because it means it is harder to lose things along the way.”

Carphone Warehouse founder Charles Dunstone believes this is all part of Hornby’s charm: “He likes to be understated. Part of him is playing the fool to put people at ease.”

Hornby concedes his inability to look well groomed, but seems genuinely offended at the idea that he “just” wants to be a millionaire. He claims that, although he does have three children and an ex-wife to support, he is not launching an agency to put himself in the super-league of top earners: “If I wanted to be a millionaire, I would have taken a job in the City. People who want to be millionaires never succeed.”

Davies believes he knows why Hornby has ambitions to go his own way: “He believes the [advertising] industry, in terms of its organisational structure, is not sufficient. He thinks it hides behind the excuse of creativity.”

Hornby says he learned much about business from his father, Sir Derek Hornby, a former chairman of Rank Xerox, and part-time director of British Rail. His half-brother is, incidentally, Nick Hornby the author of books such as Fever Pitch and High Fidelity.

While he admits that being part of such a successful family has honed his ambitious streak, Hornby denies being pushed by anyone. He claims it was his decision to launch his own agency, against the advice of his family and many friends.

Hornby says that while he admires his older brother, he is “weary of always being labelled as Nick Hornby’s younger brother”. The two brothers share an interest in sport and politics. Nick Hornby took his younger brother to his first Arsenal football match at the age of seven, and the club has been an interest they have shared since.

Along with his brother, Hornby is a passionate supporter of New Labour. His outspoken support for the party has led to accusations that it was partly his friendship with Peter Mandelson that won TBWA the party’s advertising account.

On hearing this suggestion, Hornby rolls his eyes, making it obvious he has heard the question more than once, and launches into a well-rehearsed speech about how TBWA gained the business through its own merits. Nevertheless it is Hornby who has overseen the party’s advertising, and he is contracted to stay at TBWA until after the June 7 election.

Yet, Hornby cannot deny that friendship – in this case between him and Dunstone – helped secure his new agency’s first client. The &£10m Carphone Warehouse account which TBWA picked up last June is leaving the agency along with Hornby.

Dunstone and Hornby met at a dinner party three years ago, and the Carphone Warehouse founder was partly the catalyst to Hornby’s decision to strike out on his own.

“Over dinner, Charles and I got into a bit of a debate about the merits of brand advertising for retail businesses. I went straight back to work and wrote him a ‘think piece’ on the subject.”

Although Dunstone was interested enough to get TBWA onto the list of pitches for his business a year later, the agency failed to win the approval of Lesley Angus, then marketing director of Carphone Warehouse.

It was while Clemmow and Hornby were waiting to present TBWA’s pitch, that the seeds of Hornby’s agency were sown. Clemmow, a planner and a founder member of Simons Palmer, was reminded of the agency’s formative years. “As he was telling me all about it, I suddenly thought, yes, I really want to do that too,” says Hornby.

A year later, Hornby succeeded in getting the Carphone Warehouse through TBWA’s doors, and he has worked closely with Dunstone since.

Hornby started his career at Ogilvy &amp; Mather, and joined CDP at the age of 26 as board account director on its flagship Honda business. An ex-colleague describes him as a “champagne socialist” who is “disorganised and manipulative”. Another says he is good at building relationships that enable him to “bypass agency procedures” to get his own way.

This determination to get his own way does not seem to have undermined his popularity with clients. “He was someone who gave me the impression he had something to prove,” says Honda’s Davies. “This was the level of drive we wanted.”

Hornby believes he can attract clients with “ambitions for their brands”. The prospect of a recession does not frighten him: “What makes us believe in our agency is our business plans. We [Hornby and Clemmow] will work closely with senior clients, and we think there is a call for that.”

Carphone Warehouse has already given him its vote of confidence. Hornby’s ability to make people see things his way, combined with his unyielding ambition and long list of client contacts, should ensure plenty more follow through the door of the as yet unnamed agency.

AOL Europe has poached a senior marketer from arch-rival Yahoo!. Jerry Glover joins as senior vice-president of interactive marketing and managing director of Netscape Europe. Glover will be based in London, and will report to both Michael Lynton, president of AOL International, and John Heins, vice-president of sales and international operations for Netscape. Glover was […]

The Diary would like readers to spare a thought for Acorn Creative Consultants of Manchester – the agency has been handed the unenviable task of “adding consumer appeal to carpet underlay”. The agency might have won the business for Duralay’s Treadmore brand underlay, but advertising something as dull and invisible as lino is surely one […]