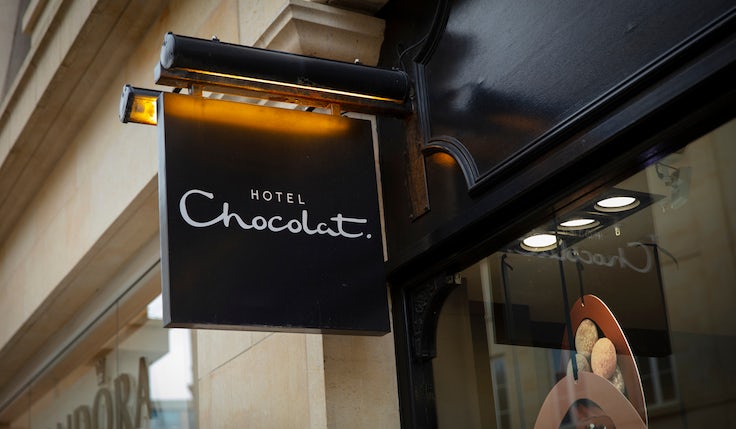 Hotel Chocolat claims to be gaining momentum towards becoming a “globally ambitious” digitally-led brand, with its direct-to-consumer multichannel model accelerating in the UK.

The chocolatier credits its “brand appeal and direct marketing skills” for attracting more than 600,000 new customers during the year, a 38% increase which takes the active UK customer database to 2.3 million.

In the UK, multichannel sales grew by 24% compared to levels pre-Covid. Describing its UK stores as a profitable way to build brand awareness, Hotel Chocolat says it is fully committed to physical locations as a “powerful way” to recruit profitable multichannel customers. Over the period the business opened two new UK stores and relocated four to significantly larger sites.

The last two years have been a period of very significant change both globally and within the business.

While internationally the business is yet to reach overall profitability in the US and Japan, Hotel Chocolat insists it has a “clear line of sight” as to how this can be achieved, with strategies and KPIs measuring its progress.

The digital focus applied to the US market is paying off, with active customers up 119%. Online growth has been led by sales of the Velvetiser product, a model the business says supports acquisition marketing with opportunities to cross-sell gifts. Hotel Chocolat also notes the opportunity to present US customers with a curated offer online of higher price-point products.

In terms of US physical retail, the company decided to close three of its four stores, based in commuter locations, to focus on ecommerce.

Over the period Hotel Chocolat opened a further nine stores in Japan and is now trading from 31 locations, alongside online and wholesale. Japanese active VIP Me customers have increased by 1,000%, with the business describing the overall growth in customer loyalty as repaying its “investments and belief” in the importance of authenticity.

Consumer sales as a whole in the Japanese market rose by 131%, with locally-tailored gift-assortments performing well.

CEO Angus Thirlwell describes the sales success as signalling the “global strength” of the brand and DTC business model, results which have enabled Hotel Chocolat to recruit for roles in tech and multichannel retailing.

Rather than selling through grocers, the brand believes its “huge advantage” is knowing who its customers are and developing close direct relationships via DTC sales. These relationships enable Hotel Chocolat to analyse the behaviours of a “wide church” of customer cohorts, adapting its marketing accordingly.

The approach appears to be paying off. Last month, Marketing Week revealed the chocolatier’s catalogue was the most effective piece of Christmas direct mail, according to Kantar’s ‘The Works’ study.

Produced in association with Marketing Week and the Advertising Association’s Trust Working Group, ‘The Works’ study asked 750 consumers what they thought of five of December’s top direct mail ads – 150 consumers per advert.

The brand claims all its channels are focused on developing the active customer database, while stores represent a “prolific way” to recruit and retain multichannel customers. Wholesale partnerships are used as an opportunity to advertise the brand to “discrete customer pools” using tightly curated ranges.

The company identifies a combination of “compelling” product ranges and data-driven marketing as helping to drive growth, with Thirlwell promising an “unparalleled pipeline” of new product launches ahead. The business credits continued innovation for fuelling success, with refreshed gift assortments contributing to “strong sales”, alongside the expanded hot chocolate and home barista range.

“The last two years have been a period of very significant change both globally and within the business as we have evolved from a UK store-led brand to a globally ambitious digital-led brand with a broad-range of luxury cacao products,” says Thirlwell.

“The team has successfully managed to adapt to the continuously changing landscape and we have remained focused on our opportunities, delivering a sustained acceleration in growth over the last 18 months.”

With a goal to become a leading global DTC premium chocolate brand, Hotel Chocolat is eyeing “exciting opportunities” for multichannel and global growth. The company says it also wants to “continually strengthen” its brand appeal with product innovation and improved ESG credentials. 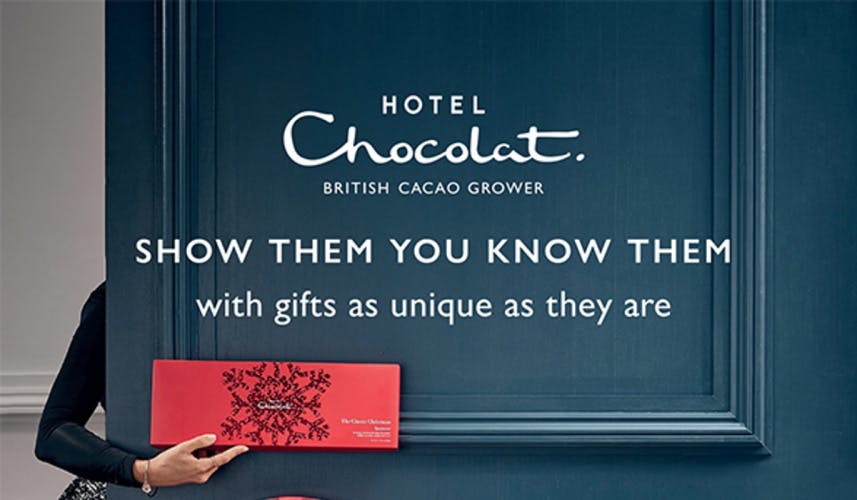 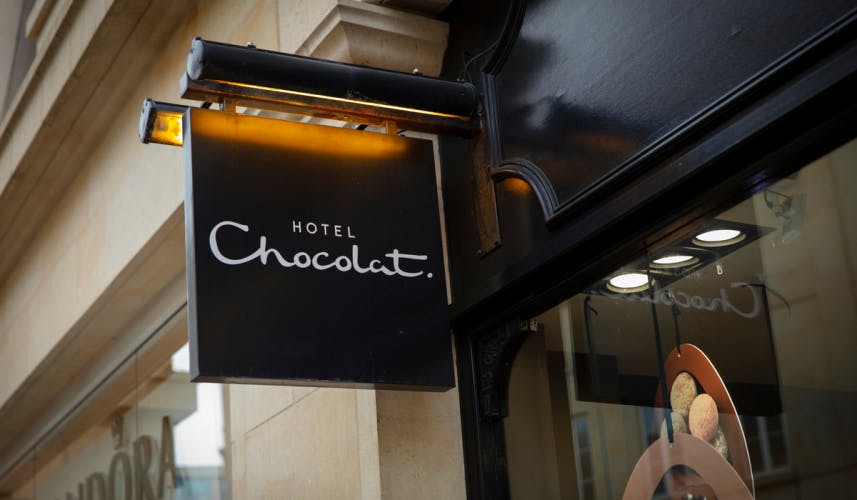