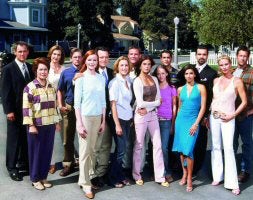 Disney is releasing a Desperate Housewives game which it claims is the first ever computer game targeted solely at adult women.

The game is being released under its Buena Vista Games division and will arrive in time for Christmas. Players will take on the role of a housewife moving into Wisteria Lane with their own secrets to uncover.

Games companies are increasingly keen to extend their audience beyond the young men traditionally associated with the sector. They have already had some success with titles such as Princess Fashion Boutique and Nintendogs.

BVG now predicts that Desperate Housewives – The Game could lead to a cluster of copycat products being developed for an older female audience.

The company says that research carried out for it by Carat Insight showed that among women aged 24 – 35, over 35% were fans of the Desperate Housewives television show and, of those, more than 92% used their home PC more than five times a week.