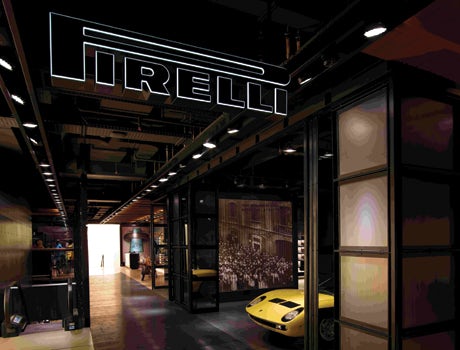 When it comes to generating excitement in a low-interest product category, tyre manufacturers have a track record that is the envy of many other brands.

New tyres are far from cheap and are usually only bought as a necessity, so the brands have to find ways of communicating their quality and heritage without focusing on the buying process.

The peak of prestige is to be recognised as a supplier to Formula 1 racing. Since 2007, there has been only one supplier each season. The current incumbent is Pirelli, by far the smallest of the five premium tyre brands, which also include Continental, Bridgestone, Michelin and Goodyear (see below).

According to Pirelli brand and communications director Andrea Imperiali, F1 is “the most effective platform in terms of visibility in the market”. It is particularly good at creating interest and awareness because the tyres are responsible for delivering most of the unpredictability and excitement in the sport, he adds.

“We are not a sponsor of Formula 1, we are a part of F1 as an official supplier of all the teams. We are in the right race, with the right audience and the right positioning for our business.”

But the road is not always smooth in F1. That’s especially true this year, as the sport’s governing body, the FIA, has tasked Pirelli with designing tyres that actually break up before the end of the race. This means teams need to choose tactically when to change tyres on each car, creating added tension for the fans. 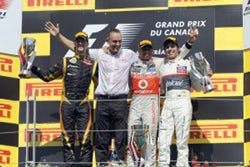 The F1 drivers have not been wholly happy with this development, however, and Pirelli has borne the brunt of the criticism. Mercedes team driver and seven-time world champion Michael Schumacher said in May that using the tyres feels like “driving on raw eggs”.

Pirelli’s Imperiali brushes this off: “For a tyre manufacturer, it is really much easier to make a tyre that will last for an entire season, not only a race. The difficult thing to do is to own the tyre technology, and understand it so well that you can craft every single tyre with specific performance and specific attributes that can give the Formula 1 show all the ingredients it needs in totally safe conditions.”

He adds that the racing teams will always complain about having to manage the extra variable of the tyres because they want to be rewarded for the minute improvements in engine performance and aerodynamics in which they specialise. He also claims the tyre change for this season was necessary because “Formula 1 was no longer perceived as the most spectacular sport in the world”.

Other tyre manufacturers have been turned off F1 by the inherent cost, however. In fact, Continental shuns motorsport almost entirely. According to communications manager Tim Bailey: “Race tyres bear almost no relationship to the tyre that is used on the road. You have to have separate production lines and separate engineers, so you’ve got to spend a lot of money before you even get to the race track.”

But Continental, like Pirelli, is still looking to push forward premium perceptions of its brand through activities outside the business of selling tyres for road cars. Its strategy has been to sponsor high-profile football tournaments, including the FIFA World Cup, UEFA European Championships and UEFA Champions’ League.

He adds: “It’s a sweeping statement, but in general people aren’t interested in tyre advertising. It helps emotionalise the brand to be involved in football, and of course it is a massive global TV audience. It is good for the brand to be associated with international prestige events.”

He adds that Continental’s pitchside advertising benefits from having a strong logo – black lettering on a yellow background, which stands out well against the green of the football pitch.

Bailey claims that fellow sponsors of the 2010 World Cup in South Africa asked how Continental managed to secure more ad space on the perimeter hoardings, when in fact they had bought exactly the same package. Football consequently delivers a better return on investment than motorsport, he says.

Bridgestone, which supplied Formula 1 tyres until 2010 when Pirelli took over, has chosen to shift its involvement in sport into an area that connects more closely to one specific business objective. It sponsors downhill skiing, seeking to emphasise its credentials in winter sport to create a link with winter tyres.

According to Bridgestone senior communications manager Gert Meylemans, this is a market currently in growth, owing to a succession of harsh winters in Europe.

He says Bridgestone would “never say never” regarding a return to F1, but it has now altered its marketing message to focus more on the consumer than on elite performance. The brand, which is Japanese owned and claims to have “close to 100%” awareness in Asia, had achieved its aim of raising its profile in Europe when it left F1 in 2010, Meylemans argues.

Of course, sport is not the only arena that tyre companies have explored to raise the profile of their brands.

Pirelli has built up a heritage in high-end fashion with its PZero clothing range (see case study, below) and its famous model calendar, while Michelin’s guidebooks are well known authorities on food and travel.

Whatever ground they choose, premium tyre brands clearly feel the need to mark out their own territory away from road tyres. But according to Continental’s Bailey, this activity is a long-term investment with often intangible returns.

“The average motorist only buys tyres every two or three years, so our activity is about building long-term brand awareness rather than creating a spike.”

It began as the brainchild of Pirelli’s UK subsidiary, but has now been fully embraced by the parent company.

Following in that vein of haute couture, in 2002 Pirelli ventured into high-end clothing under the brand name PZero, also the name of its tyre model for Formula 1 cars. Pirelli has manufactured clothes for a century – its ‘health wear and haberdashery’ products were on the market in 1877 – but the PZero luxury brand to rival Gucci, Prada and Louis Vuitton represented a new departure.

The new product range, which includes shoes designed by actor John Malkovich, is sold online and from a store in Milan, which opened in 2011. The store’s interior design merges Pirelli’s manufacturing machinery – a robot arm that is programmed to move shoes between shelves, for example – with ads from the middle of the 20th century.

According to Pirelli brand and communications director Andrea Imperiali, everything the company does outside tyre making is focused on generating “attention, passion and visibility”, which all contribute towards forming Pirelli’s premium image. Its fashion range and store are an effort “to make physical these brand concepts”, he says.

They are also fully reflected on the price tags, where a cardigan costs around £200 and a woman’s bag around £400.

As Marketing Week reported exclusively in May, Pirelli intends to expand the retail footprint of the PZero stores beyond Milan, starting with China and Brazil, and potentially extending to further into Europe.

*Includes Dunlop, which it owns