Whilst most of the talk has focused on digital shops being acquired or merged, there have been other moves occurring in the shadows that could have significant repercussions on the so-called control mechanisms of advertising.

The first signs of this happening occurred towards the end of last year when Rainey Kelly Campbell Roalfe began working on the Blades Award winning GHD Cinderella Christmas campaign.

Agency music producer Dan Neale was charged with finding a “very cool rock soundtrack” to feature in the ad at limited cost. After much searching, he came across an unsigned band called “Le Rev” who had a track called “Lucky You”.  The brand were keen to be featured but did not have a record deal. 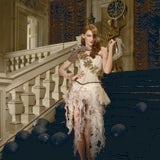 RKCR noticed the problem and looked for a solution. Creative leads Steve Williams and Adrian Lim tell me that “In the end, the agency set up a music label called ‘Two Black Cats’ so we could sign the band and release their track as a single.”

For RKCR having a label means an effective single campaign where existing rights and licence holders do not siphon off money. The ad agency benefits, the band benefits and the client benefits because of the greater exposure from a record release as well as the financial savings – though it should be pointed out that others like Saatchi & Saatchi have tries this, and the record label’s YouTube channel only seems to have uploaded three videos.

And what lessons have been learnt since? Williams and Lim tell me a core learning curve has been that “shared ownership of the creative work between agency and client leads to shared creative ambition. If you be realistic with what you can do given the budget and the timescale, but also be as ambitious as you can possibly be, it will work. As someone once said, “If the wish is willed, the means will follow”.”

Others are now following suit at a rapid pace. Firms such as 101 and Goodstuff are promising “new agency models”.

Then there’s MPG Media Contacts who announced it is launching a dedicated creative division called ‘Branded’ to service clients with content solutions across multiple channels, including TV, digital and mobile. 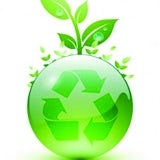 When I asked Paul Frampton, managing director at MPG Media Contacts, why they are tackling creative agencies head on, he explained that with media becoming increasingly fragmented, clients want work that will bring together and generate creative and deliver content to amplify a brand’s communications in a more cost efficient way.

“By producing and delivering the content in-house, Branded will not only keep costs under control, but will also ensure the content is seamlessly integrated with the media plan… It is no longer possible in today’s world to plan media and creative strategy in isolation. Increasingly, there is a need for us to provide more rounded solutions to our clients which straddles both media and creative.”

Meanwhile design is an area in which creative agencies are looking to enhance their capabilities. Saatchi & Saatchi has followed sister agency Fallon’s lead in opening up a full service design agency called Eighty.

Robert Senior, CEO, Saatchi & Saatchi Fallon says that agencies have to embrace the “change agenda” clients are facing in difficult economic circumstances with revitalised brands. Creative partner Kate Stanner adds the move is symbolic of the agency’s “passion about the role of identity in changing the relationships people have with brands is at the heart of the agency.”

Such offshoots are bound to become commonplace across the industry as agencies continue to monitor different methods for remuneration in increasingly difficult climates. The Pitch portfolioshowcases a range of work across these industries highlighting those firms producing creativity at its best – the jury remains out over whether agency extensions like this will prove to be fruitful endeavours. 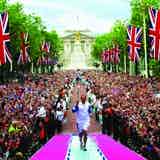 Domestic tourism in England is to benefit from a £3m investment from the Olympic budget. 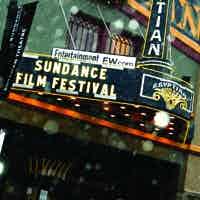 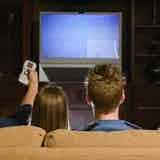