Amazon dominates the ecommerce world despite having not made much of an impact in the ad market, but could this be about to change?

At the moment, Facebook and Google have a clear duopoly of the digital advertising market. The pair’s combined market share is set to hit 49% in 2017, according to eMarketer, while Enders Analysis estimates they accounted for 89% of the growth last year.

Central to this dominance has been the unstoppable rise of mobile. In North America, for example, Google controls nearly a third of the US mobile ad market while Facebook owns almost a quarter. Yet this could all soon change, with Amazon prepared to hit the accelerate button.

Yes, Amazon is still a small fish in a very big pond when it comes to digital advertising, with its business so new it’s categorised as ‘other’ in its financials. But all the signs point to Amazon seeking out a far bigger slice of the market.

READ MORE: Diageo looks to ‘close the circle’ between content and sales with Amazon tie-up

Yet this is still just a tiny portion of the total market. To put Amazon’s numbers into perspective, Google generated digital ad revenues of $62.59bn in 2016, and Facebook $26.89bn. They are still very much the Goliaths to Amazon’s David. And with Google predicted to hit $96bn in ad revenues by 2019, Amazon has a lot of catching up to do.

However, coming from behind is something Amazon has proved time and again it is very good at. Having revolutionised ecommerce, it is now seeking to establish itself in sectors including clothing, events, groceries, film and cars. Advertising would just be one more string to its bow.

It is already convincing some advertisers of the advantages. Just this week, for example, Diageo revealed plans for a new travel TV series that will appear on Amazon’s streaming service Amazon Prime Video.

When describing why Amazon appeals, Diageo Reserve’s World Class global director Johanna Dalley explained: “We wanted to work with Amazon from an audience and scale perspective, but critically it also offered us the ability to link through to purchase.”

And Sir Martin Sorrell, CEO of the world’s largest ad group WPP, believes Amazon is a huge threat to Google when it comes to search. In March, Sorrell said: “It’s early days with Amazon, you never know what’s going to happen. But we put together an agency in Seattle, where Amazon is headquartered, specifically to deal and cater to them.”

Amazon itself has only recently started talking about its ambitions in advertising. Speaking on its most recent analyst call, Amazon’s CFO Brian Olsavsky said the ecommerce giant has a “good strategy” for fighting the likes of Google, with the company currently working on adding more features such as pre-roll video ads.

He said: “Our goals in the ad space are to be helpful to customers and enhance their shopping and viewing experiences, mostly with targeted recommendations. We think that’s a good strategy rather than invasive things that take away from the shopping experience.”

Amazon’s results also show ad revenues are small but rising rapidly. In its first quarter ending 31 March 2017, its “other” business division, which is mostly made up of ad revenues, rose 58% to hit $850m.

But if Amazon is to make any serious headway, what will be the key battlegrounds? Data is certainly one of them.

Amazon operates further down the purchase funnel than Google and therefore it has access to more first-party consumer purchase data; something that will be very attractive to brand partners, a point perhaps validated by Diageo’s comments.

“Advertisers are realising that Amazon’s search intent is in many cases more valuable as it happens further down the purchase funnel, in comparison to Google search, where people are more likely to be doing a search at the beginning of their purchase journeys,” explains Lars Glenne, head of media strategy at DigitasLBi.

Equally as important on the data front is Amazon’s ubiquity. It offers home entertainment, ecommerce and search meaning it knows a lot about its customers.

He adds: “Amazon’s on and offline ecosystem, in which it can potentially capitalise to deliver audiences under one lens across platforms and screens, is rapidly extending across retail, FMCG, fashion, entertainment, delivery, the internet-of-things, content production, which means it can aim for one platform that users don’t need to leave.”

And with its artificial intelligence platform Alexa gaining traction, Amazon is also “wisely” building for the future of search advertising; voice. “With the Alexa platform and also integration into internet-of-things applications, Amazon is organically capturing a slice of the future voice search market,” says Glenne. “How large it will be is difficult to predict but they will likely be in a position to challenge Google.”

He says Amazon has also launched a header tool that allows publishers to target Amazon audiences on their own inventory: “This is potentially a big blow for Google’s DoubleClick for Publishers solution, which had established over 90% dominance in the market.”

With so many brands dropping their advertising from Google due to fears they were appearing next to extremist content and well-publicised measurement metric errors bringing negative headlines for Facebook, Mediacom’s Krichefski believes Amazon can sense an opening.

“There is no hiding the fact that Google faces huge challenges to safeguard brands. While there remains confusion about the various issues around ad placement and brand protection, the fact is that consumers and businesses read those headlines and some brand relationships with Google are now on shaky ground,” he says.

“As such, it’s no surprise to see companies like Amazon looking to provide an alternative.”

Amazon will build its advertising business slowly, so there won’t be concerns about immediately monetising

Krichefski’s rationale is that if you’re an electronics brand, it could be more valuable advertising on a search platform such as Amazon as that’s a place where a consumer is actively looking to buy. Measurement would also be easier and there is much less danger of advertising appearing next to unsavoury content.

According to Dominic Grounsell, global head of digital marketing at Travelex, marketers are already “excited” by the alternative of Amazon in the wake up of The Times investigation.

“For me the best opportunity in digital is linked to the ability to target effectively and Amazon are one of the best at doing that. They have massive data on consumers and huge reach as a brand and online business, so their ability to potentially leverage my own brand is very exciting,” he explains.

However, achieving scale in the digital advertising space won’t be easy. Especially with Google’s search and YouTube platform still so dominant.

Mediacom’s Krichefski explains: “Amazon doesn’t have a scaled video offering to match YouTube and although there is scope for Amazon’s search to grow, Google search was not affected in the way YouTube and display were [by the brand safety scandal].”

Amazon will also find it hard getting to get to scale “quickly enough”, with a test-and-learn approach to digital advertising not likely to lead to Amazon making “serious in-roads for quite some time,” according to Grounsell.

Amazon isn’t the only business looking to turn up the heat on Google and Facebook either. Verizon appears set on driving up competition following its acquisitions of AOL and Yahoo. The newly-created offering, Oath, hopes to create a compelling advertising business that could finally have the scale to compete.

Snap Inc is another firm looking to become that third player. Its first results since going public might have disappointed, with total ad revenues hitting just $141.3m, but it is growing fast with total revenues up 236% year on year. It is clear advertisers and agencies see the opportunity in reaching the Amazon audience, but it will have to prove business impact and ROI to have a hope of stealing money from the big two.

There’s also the question of whether Amazon is overexposing itself by extending into so many different sectors; not that that seems to have phased it too much in the past.

“I guess people will pass judgement and say Amazon needs to calm down a little,” says Travelex’s Grounsell. “But the reality is Amazon has been very  successful in pretty much everything it has attempted to do; it wins more than it loses.

“Amazon is likely to build its advertising business slowly. It is a business that doesn’t look for immediate returns so there won’t be concerns about immediately monetising. Amazon will take a 10-year view.”

Ultimately, competition will be good for the marketing industry whether it’s Amazon, Verizon or Snapchat that leads the charge, according to RBS Group CMO David Wheldon.

He concludes: “The fact two companies dominate the global online advertising market isn’t good for anybody. If anybody can make it more competitive and eradicate the stranglehold of the current duopoly then it will be Amazon.” 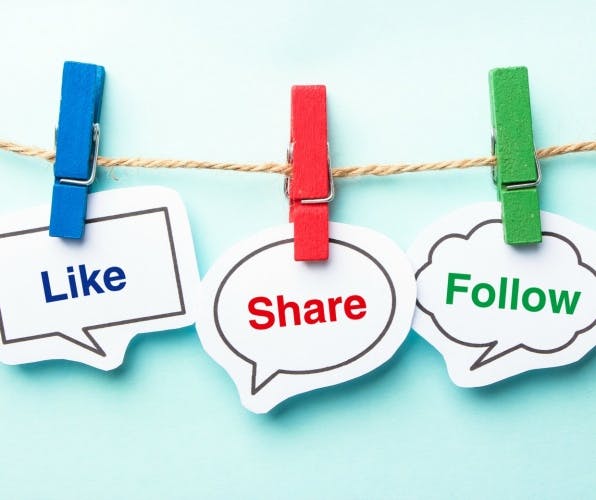 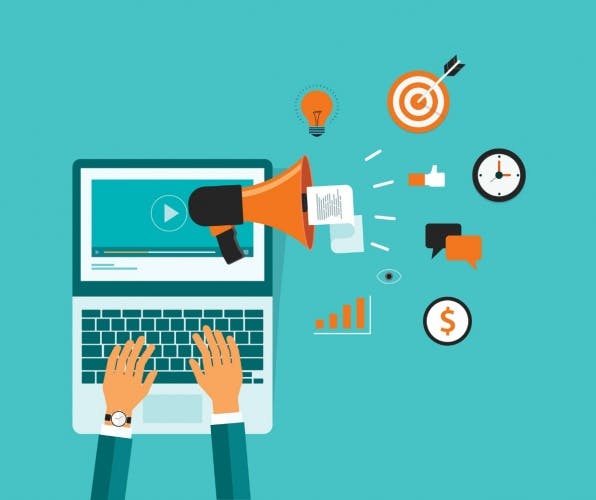