“It was very subdued across London, a lot of the flagship stores, even John Lewis, were virtually deserted,” summarises Kantar Retail’s analyst Bryan Roberts of last Friday’s activity. “A lot of consumers stayed away due to the unsavoury scenes last year.”

The numbers appear to back Roberts’ experience.

In the UK, retail sales growth for Black Friday halved. Although £5.9bn was spent for Black Friday 2015, this represented growth of just 6.7%, a dip from the 13% recorded in 2014, according to MasterCard. It says online sales hit £1bn for the first time ever over the four day Black Friday weekend.

Rival card giant Visa says more than £760m was spent on its cards on Black Friday, up 25% year-on-year, but it says online was where UK brands saw the most success.

“What is clear is that the big winners were those retailers that managed to get their online offering right as consumers raced to mobiles, tablets and laptops to make purchases,” explains Kevin Jenkins, managing director for UK and Ireland at Visa Europe.

Social media activity certainly seems to point towards the success of online retailers. Among Twitter users, the top mentioned retailer over the Black Friday weekend was Etsy, with 178 mentions, which were retweeted a further 153 times, garnering 1.7 million impressions, according to Brandwatch data.

It was followed by Amazon’s 154 mentions over the weekend, which were shared a further 222 times, and leading to nearly 8 million impressions.

High street electrical retailers usually see high sales on Black Friday yet Currys PC World was more concerned with talking up its online performance in its own post-Friday report.

The UK’s largest electrical retailer claimed it recorded “five online orders per second”, up 56% on last year, while home delivery orders were up 54%. Overall, its website saw 3.5 million visits in just 24 hours.

And although Black Friday 2015 was John Lewis’s biggest-ever single day’s trade, with sales up 11.9% year-on-year, it admitted sales were “mainly driven by johnlewis.com”

Retailers are not in a rush to reveal in-store numbers because they were mostly poor, claims Nick Fletcher, director of multichannel at digital marketing agency Rakuten Marketing.

“In-store sales were very disappointing this year. With Asda pulling out after the chaotic scenes it experienced last year – which were of course slammed by MPs and newspapers alike – we’ve seen a knock-on effect.

“Brands like Halfords have made a conscious effort in their Black Friday marketing to tell customers ‘you don’t need to shop offline, online is the place to be.’ That’s been quite telling.”

Of the brands that did push in-store activity, making Black Friday last longer was key. Morrisons, for example, opting to title its campaign “Black Five Days”. This was telling, according to Roberts.

“Retailers like BHS will put up Black Friday signs despite offering quite routine discounts. They are stretching the duration of Black Friday as its popularity offline is waning and it’s harder to generate buzz. The reality is a lot of retailers won’t be bothering to open early or to market it at all next year,” he adds.

“If you look at Tesco, they’ve had to pay for extra staff, resources and to reset a huge chunk of their supermarkets for Black Friday. It’s an unwelcome distraction. Going forward it is hard to see supermarkets or fashion retailers doing anything at all as it’s too complex and too costly. It only really works for the electrical retailers or online.”

What do the brands think?

Alex Baldock, CEO of Shop Direct, says the ecommerce giant saw a “record week” leading up to Black Friday with overall growth up 64% year on year across platforms such as Very.co.uk and Littlewoods.

The key to success is to think long term and not just about sales, he adds. “Last year, we got 21,000 new customers on Black Friday, about half of whom became repeat customers. That means healthy long-term profits to us.”

A fifth of retail websites experienced downtime before 9am last Friday with brands such as Argos particularly suffering, according to Ampersand, and Baldock says this proves that brands must “improve their infrastructure.”

Fred Prego, marketing director at gaming retailer Game, says this year was expected to be its “biggest week of the year.”

“We put a lot of emphasis on Black Friday. It is now ingrained in consumers’ mentality and preparation for Christmas,” he says.

House of Fraser’s head of digital Sarah Bailie agrees with Prego. But she believes the UK version of the US shopping day still needs a bit of work.

She explains: “Brits like a clear point of difference, they don’t just want a carbon copy of the US experience.

“I don’t think Black Friday is going anywhere in the UK but we’ll just see it evolve once it beds in so there’s more of a British feel to it.”

Baldock counters: “What we are definitely seeing is that Black Friday in addition to Cyber Monday clearly belongs to online [not the high street] where consumers are attracted by choice, ease and affordability.”

Rakuten Marketing’s Fletcher says the chaotic scenes that plagued retailers such as Asda in 2014 are now a thing of the past.

He concludes: “I would be surprised if we see the same chaos as last year ever again on Black Friday. Its future in the UK will be online as it’s a lot of hassle otherwise. That will become this market’s point of difference.” 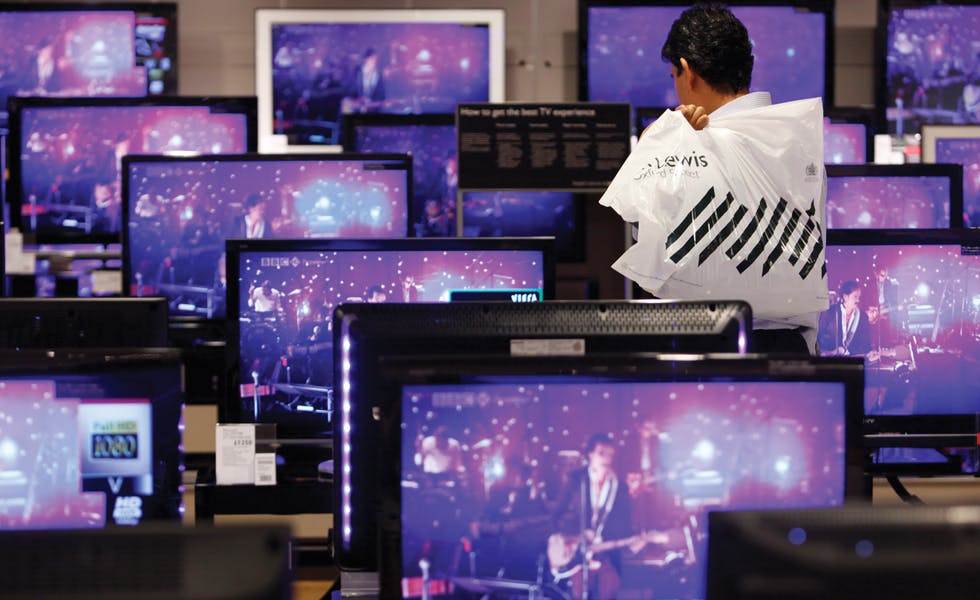 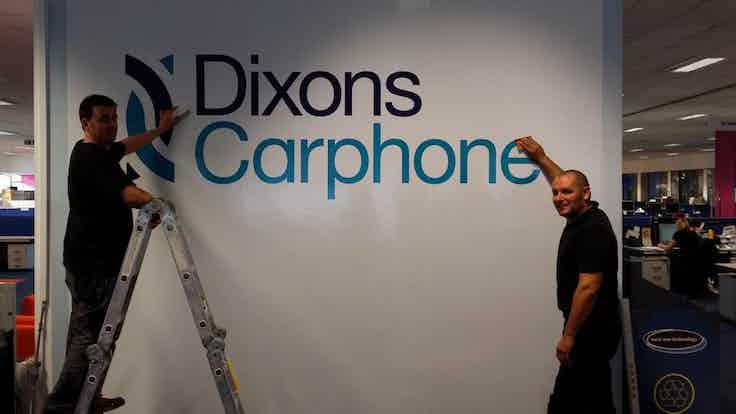 Dixons Carphone’ chief executive Sebastian James is convinced Black Friday can become a British institution after it helped the retailer post a 7% increase in like-for-like sales in the nine weeks to January 3.

Blackberry is to move away from its iconic ‘qwerty’ keyboard with the new ‘Blackberry Leap’, as the brand’s smartphone share continues to drop.