It was in 2019 that recipe box provider Gousto made its first “big step” into brand-building TV advertising. According to vice-president of brand Anna Greene, that strategic shift has “paid off” for the business by helping to drive rapid growth.

Gousto already had two years’ experience in direct response TV behind it, which had proved the channel’s positive impact on traffic, sign-ups and cost-per-acquisition (CPA) efficiency. However, the brand “quickly hit a ceiling” on optimising performance.

The business continued to build on the ‘Give it some Gousto’ platform during the pandemic, and in January this year launched a new campaign with the aim of further accelerating growth and setting the brand apart within its category.

While a “big step” for the brand, the shift has “paid off”, Greene said. When she joined Gousto in 2018, 80% of sign-ups came through performance marketing. Three and a half years on, the inverse is now true, with 82% of sign-ups coming organically and through referral – neither of which have a direct cost.

“That transition from performance into direct response TV and then into brand TV has been underpinning that shift,” Greene explained. “And fully embracing TV is more than just supercharging your acquisition efforts. It’s about making that step change into a different lever for your business. If you get it right then it really can supercharge growth.”

Gousto posted its first underlying profit of £18.2m in the year ending 31 December 2020, after more than doubling its sales to £189m during the coronavirus pandemic. The year previously the business made a loss of £9.1m.Gousto embarks on hiring spree after proving marketing’s value

At the same time, the number of monthly Gousto meals ordered doubled over the year, from 2.5 million to 5 million. Notably, however, this rapid growth coincided with the consumer behaviour changes driven by the pandemic, which saw people unable to eat outside of their homes for months at a time.

Nevertheless, Greene expects the business’s brand building efforts to continue to drive the bulk of its new sign-ups moving forward, telling Marketing Week that the company will continue to invest in its brand even now pandemic restrictions have been mostly lifted.

“When you get [brand investment] right and you have a really efficient performance engine that underpins it, that’s when the whole mix works really well together,” she added.

Indeed, new research from Thinkbox and econometrics firm Magic Numbers launched at the event illustrates how TV advertising can help create cheaper online journeys for brands. The econometric analysis of 10 online businesses proven to have used TV to drive their growth found that of the online search journeys initiated by TV ads, 66% were direct/URL or organic search visits, which carry no additional cost to the advertiser.

The ‘The TV playbook for online businesses’ study found TV advertising has a positive effect on click-through rates in both organic and paid search. The analysis of a furniture retailer in the study, for example, revealed that during three years of increasing TV investment focused on driving traffic, its brand search click rate improved from 37.4% to 38.8%.

“I think there’s a lot of scepticism around TV, particularly within online businesses,” Greene said. “It’s perpetuated by articles stating that TV is dead, let’s all build a brand on TikTok, and we don’t need to advertise anymore.

“Actually, I fundamentally believe that TV still has a really important role to play in terms of reaching new audiences, helping to promote your offer in a way which is really compelling and effectively build a brand.” 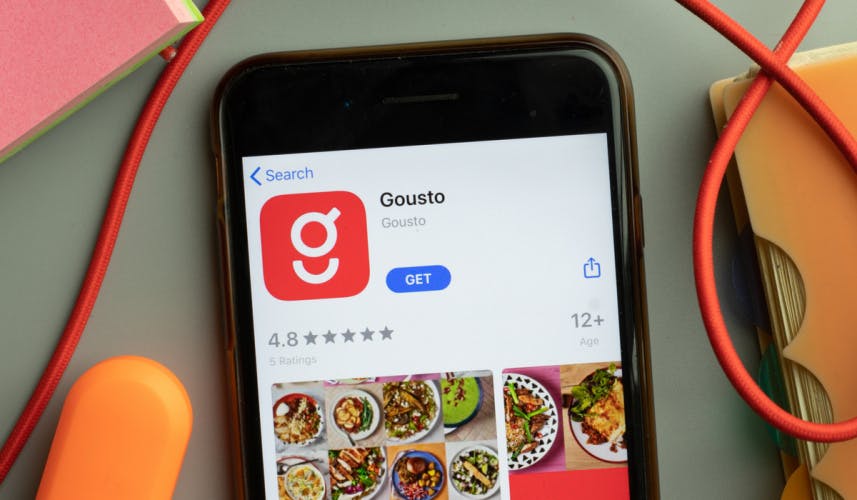 Recipe box brand Gousto is returning to live experience events this month with the launch of ‘Flavourlust’, a London-based event to promote its new street food range.

Having delivered on the promises set out in his initial marketing plan, the brand’s CMO says the wider business understands the value of marketing and is set to notably increase the size of its marketing team.