The past year has seen huge progress in the portrayal of sexual and gender identity in popular culture. From American actress Hari Nef becoming Elle’s first transgender cover star to the unveiling of same-sex pedestrian crossing symbols for Pride in London 2016, diversity is being embraced like never before.

This message resonates with consumers, with 37% feeling positive about companies and brands that promote diversity and actively support LGBT communities in their advertising and marketing, according to professional LGBT network OUTstanding. Some 14% of people are also more likely to choose their products or services over other less diverse competitors versus just 10% who are put off.

“Companies are starting to take the diversity agenda seriously, not only for the sake of their employees, but [because] they are highly aware of consumer opinions – particularly younger consumers with more liberal social attitudes,” says Suki Sandhu, OUTstanding CEO and founder.

“Allowing people to be more comfortable and open in the workplace absolutely impacts on performance.”

This opinion is shared by Barclays group head of diversity and inclusion, Mark McLane. “If we look at the talent pipeline, it’s a lot more diverse now and we would be leaving talent outside if we weren’t tapping into this potential,” he says.

“Allowing people to be more comfortable and open in the workplace absolutely impacts on performance. People don’t spend their time and energy covering [up their sexuality], which causes stress and affects performance.”

The number of Barclays employees self-identifying as LGBT has risen from 4% in 2014/15 to 6.6% in 2015/16. Although McLane acknowledges there is still under-reporting, he sees a positive trend towards openness. This attitude is being supported by the launch this year of Barclays’ Spectrum allies programme, which is open to all employees interested in the LGBT community.

In terms of consumer marketing, McLane argues that it is not about having an LGBT marketing campaign, but about making LGBT consumers visible in all marketing and being unapologetic about it.

The headline sponsor of Pride in London since 2014, Barclays embraced the official 2016 #nofilter campaign by running a YouTube series, including an interview with Welsh rugby star and LGBT role model Gareth Thomas.

“We sponsor the Stonewall Workplace Conference, which provides development opportunities for employers and employees in the public and private sectors,” explains Victor Nieves, chair of EY’s LGBT network Unity. “We have also sponsored National Student Pride in the UK since 2011, which attracts students throughout the UK and Ireland.”

The presence of a dedicated LGBT network is a big draw in attracting new talent to insurer Aviva, explains Simon Rodgers, chair of Aviva Pride. “People want to bring their whole self to work and they don’t leave their sexual orientation at home. If everyone can go to work and be themselves, they can deliver to their absolute potential. People can be more authentic, develop their careers and become leaders,” he says.

Present in each of the company’s locations, the Aviva Pride network supports employees through thought leadership events, engaging on specific equality issues and working with local Gay Pride events, as well as inspiring local employers to improve their LGBT advocacy. This year, Aviva launched its company-wide Ally programme, open to supporters regardless of whether they personally identify as LGBT.

With an estimated two million customers identifying as LGBT, Lloyds Banking Group – Stonewall’s top financial services LGBT employer of 2016 – has included same-sex couples in its advertising since 2010. The latest iteration of its 2016 For Your Next Step campaign depicts a same-sex marriage proposal.

“Overall, we have received an overwhelmingly positive response to the campaign,” says director of marketing communications Ros King. “It was extremely popular on social media and during the launch the top hashtags after #foryournextstep were #lgbt #equality and #hesaidyes.”

Last year, the team at Channel 4 formalised its desire to improve diversity in its programming with the introduction of its 360° Diversity Charter. The 2015 release of documentary Muslim Drag Queens and the drama series Cucumber, Banana and Tofu, positions Channel 4 squarely as a champion of alternative voices.

“It is not a risk to reflect diversity in marketing, it’s a risk not to,” says Laura Ward, deputy head of marketing at Channel 4. Communications therefore reflect the broadcaster’s remit to appeal to all people regardless of culture, religion or sexual orientation.

In February, Channel 4 launched a brand campaign fronted by Britain’s self-proclaimed “first out Muslim drag queen” Asifa Lahore, performing her rendition of the song True Colours. The broadcaster’s forthcoming brand campaign will feature transvestite artist Grayson Perry speaking to three members of the transgender community about their experience of transitioning.

“Our intention is to reflect the LGBT community in all our communications, not just a niche subset of activity,” explains Ward, who believes Channel 4 has the power to use its position in the mainstream media to change attitudes.

“It is not a risk to reflect diversity in marketing, it’s a risk not to.”

Team GB shares a similar mission to celebrate all forms of diversity in the elite sporting world, a sector often plagued by accusations of homophobia, biphobia and transphobia. At Rio 2016, Team GB proudly flew the flag for inclusion, boasting the most openly LGBT athletes of any country at the Olympic Games.

To reflect this commitment to diversity, in October Team GB will unveil what head of marketing Leah Davis describes as a “game changing position” celebrating LGBT athletes and diversity.

“We position ourselves as an open and honest brand that celebrates diversity,” says Davis. “We are naturally diverse as a team of four nations, yet we are one Team GB and we celebrate diversity within that.” 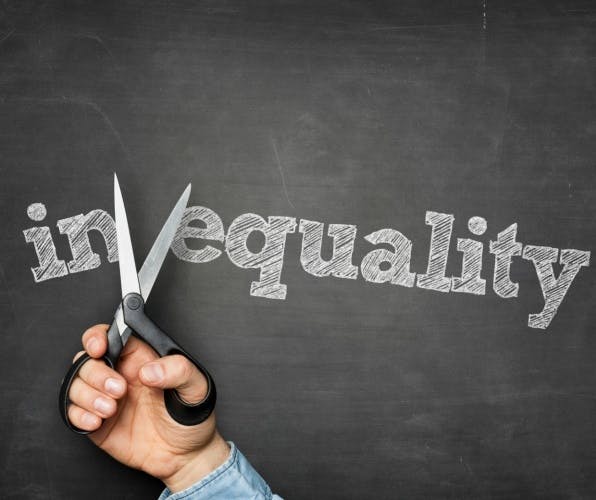 With the EU referendum highlighting a clear divide along class and education lines, the latest in Marketing Week’s diversity series explores brands’ efforts to reflect and recruit people from working-class backgrounds.

Brands that are inclusive of the LGBT community are more likely to be perceived as welcoming of other minority groups too but LGBT representation is still “noticeably lower” than other areas of diversity, says Stonewall’s Joey Hambidge.

From Amazon launching its instant home shopping service in the UK to Diageo being rapped by the Advertising Standards Authority, we have rounded up the five marketing stories you need to read this week.