Membership of loyalty schemes may be on the rise, but new research shows consumers do not necessarily feel more loyal to brands as a result of joining them.

Almost two-thirds (62%) of people asked by research company Ipsos Mori and loyalty scheme provider The Logic Group say they belong to at least one loyalty programme. This is a ten percentage point rise from 2009, but only 26% agree it makes them more loyal to a company. The survey of 2,154 adults was conducted in April and looked into their attitudes and behaviour regarding their loyalty to brands.

Simon Atkinson, assistant chief executive of Ipsos Mori, says: “If you ask the punters head-on, they claim to be sceptical about companies’ intentions. They think companies are out to do the right thing for themselves and they do not think the relationship is particularly two-way.”

But in most business sectors, both the percentage of people who say they are loyal to a brand and the percentage who are members of a loyalty scheme are on the rise. “It is the classic example of where we have to look at attitudes and behaviour simultaneously,” says Atkinson.

A notable exception to the growing loyalty trend is supermarkets, where 63% now say they are loyal to a brand, down from 72% last year. This is still a higher percentage than in any other sector except banks and building societies, however. Previous Ipsos Mori research might also quell supermarkets’ concerns about consumer sentiments towards them. A 2009 study found them to be far ahead of other businesses in the public’s esteem when asked where they are likely to get a fair deal, and which brands have responded best to the difficulties caused to consumers by the recession.

In the most recent research, supermarkets also contribute substantially to loyalty card use within retail as a broader market segment. Some 70% of consumers always use their cards in shops, representing a small lead over travel, entertainment and financial categories.

But despite the level of use that people claim, only 16% of all consumers say loyalty schemes influence what they spend their money on. Given the growth in overall membership, the study speculates that this low figure may result partly from people’s inability or unwillingness to recognise that they are being influenced.

Yet judging by the three sectors in which the highest proportions of people say they are loyal to a brand, there is reason to believe that convenience plays a more significant role in customer retention than a loyalty programme. Top are financial services brands which, like the third-placed telecoms sector, often retain customers because of the practical and contractual difficulties of switching.

Although these barriers do not exist among supermarkets, the location of a store is more likely to play a greater role in how regularly a consumer uses it than how happy they are with the loyalty programme offered.

Just over 50% of all consumers say they are “fairly satisfied” with the loyalty schemes they belong to, though only 13% are “very satisfied” across all sectors. The Logic Group’s chief executive, Antony Jones, says: “There is a very significant opportunity to increase from lukewarm feelings to strong feelings of loyalty.”

Even where consumers apparently do feel loyalty towards brands, it seems there is no strong connection between this attitude and the existence of a scheme. Setting the study in the context of wider social and economic issues, Ipsos Mori notes that public levels of concern about the economy are the highest it has ever recorded. The recession appears to have made consumers more acutely aware of the need to shop around, and loyalty schemes function mainly as a means to that end.

The study suggests the concept of the loyalty scheme itself could be something of a misnomer because most consumers appear to use these programmes to access offers from which they would otherwise be excluded.

Getting money off products and services is the reason most consumers give for spending more with a company. The research summarises this as the emergence of the “savvy shopper”.

Jones says consumer businesses might need to focus on the relevance of their offers and their customer service if feelings of real loyalty beyond simple customer retention are the goal. He cites one example of a poorly conceived offer where a telecoms company rewarded customer loyalty with the opportunity to win a cake-baking machine.

“Just adding a loyalty programme does not actually achieve loyalty,” he says. “It is all about programmes that meet the needs of the consumers.” Personally relevant deals are the second most frequently chosen reason for spending more with a company, mentioned by 48% of people.

The research also shows business leaders think customer relationship management brings the best return on investment, so it is easy to see why more consumer-facing businesses in more sectors are rolling out schemes that provide financial incentives in return for personal data and insight into buying habits.

But Jones cautions that real feelings of loyalty require customers to feel a brand can provide a unique service. Alistair Daly, marketing director of holiday firm On The Beach, points out that customer retention can be achieved just as effectively by sending the right offers to the right people at the right time, and by providing a service that is easy to use (see Frontline, below). If these things are catered for, a loyalty scheme may not be necessary; if they are missing, being a member of a programme will not stop a consumer looking elsewhere.

Ipsos Mori’s Atkinson says brands in some sectors are demonstrating better practice in this regard than in others. “You can see clear examples where the main focus of the loyalty scheme is about making you feel special, such as in airlines, hotels and hospitality,” he argues.

Jones says businesses have become more aware of the importance of differentiating their service. He cites his own car insurer, which this year emphasised the benefits he received as an existing customer, rather than focusing on introductory deals to attract new ones.

“Boardrooms, even in companies whose business model has focused on customer acquisition, has got the message about customer retention,” he adds.

But given the greater demands of today’s “savvy shoppers”, it would be a mistake for marketers to presume their customers are loyal, when they could just be playing the field.

The potential benefits of an effective loyalty programme cannot be overstated. Our Purehmv loyalty scheme helps identify our most committed and highest-spending customers. Our Waterstone’s loyalty card operates along the same principles.

This is a critical part of any retailer-shopper relationship – if they think you understand and value them, core customers are more likely to trust you and open up to having a dialogue. Businesses that cannot accurately identify their most important customers are less well placed to build fruitful relationships.

We can engage with our members by understanding various aspects of their purchases, such as which channel they use most often, how recent and frequent their purchases have been and their spend levels. We can also look at whether they have redeemed their loyalty points. Our campaigns include those triggered by customer or member behaviour, as well as those driven by new releases and products.

It is not easy to earn loyalty because customers have a choice of channels as well as brands and types of retail operation, so improvements and genuine developments come only when you can truly differentiate and offer something your members value.

Customer relationship management can deliver a good return on investment. By looking at a customer’s behaviour and value over time, you can understand how and where to focus your efforts and investment.

Loyalty is one aspect of retaining profitable customers but more important is placing the customer at the heart of the business. Every decision needs to be ticked off against a business’s mission – ours is to help people find, plan and book their perfect beach holiday, so anything we do strategically needs to meet this goal. If we deliver our mission, we grow our base of customers that repeat book, and only then do we grow earnings.

As a result, we send relevant offers to customers based on what they previously searched and booked and ensure we do not bombard them with the same offers and messages in any given month. We store all the holidays previously searched for so when people come back to the site, they can pick up from where they left off.

Online travel has average retention rates of 18-20%. On The Beach has a near 27% retention rate, but our objective is to get 30% of all bookings next year from repeat customers.

While brand and service are incredibly important factors when making the final decision, if the perceived value of the holiday is low, the sale will be lost. Therefore, online travel companies need to invest in ensuring the product and price remain incredibly competitive, particularly in a market where the value proposition rules.

Customer relationship management in travel is the magic bullet for marketers. If you can retain and drive more profit from your existing customers, you are becoming more efficient overall with your marketing. 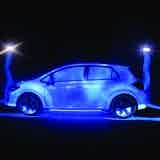 Toyota is to launch a cutting-edge film featuring the latest projection mapping techniques to showcase the hybrid technology available inside its new Auris. 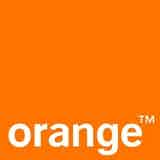 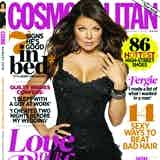 The National Magazine Company (NatMag), which publishes Cosmopolitan and Men’s Health, has created a group commercial director role to oversee its development into a multi-media publisher.