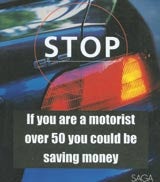 The Saga Group has made its name selling financial and travel products to the over-50s, but as this age group is arguably younger in mind and spirit and more affluent than ever before, the company is having to move with the times to shake off negative associations of old age and cope with increasing competition.

The company was the target of a management buy-out, backed by venture capitalists Charterhouse, for &£1.35bn last October. And the new owners have a tough record to live up to – the company reportedly registered annual sales for 2003 of &£382.7m and profits of &£81.6m.

But Saga’s target market is growing – according to the Future Foundation there will be 5.2 million more people aged between 45 and 74 years old by 2020 than there are today. And according to Datamonitor, the number of high net worth individuals (defined as having onshore liquid assets worth more than &£200,000) aged over 56 is growing. In 2003 they numbered 522,000 and accounted for almost 70 per cent of the UK’s high net worth population.

The new management team has already called a review of its &£34m media planning and buying account held by Mediaedge:CIA (MW last week). It is not clear whether it will also review the creative agencies – Saatchi &amp; Saatchi, incumbent on Saga Services financial division, and Doner Cardwell Hawkins, which holds Saga Holidays.

There are also gaps to be filled in the management line-up. Saga Services marketing director Michael Cutbill left at the end of last month (MW March 10). Cutbill’s deputy, Amanda Hoskins, is overseeing Saga Service’s communications, the bulk of which is done through direct mail developed in house.

Saga’s financial products include house, car, travel, medical and pet insurance. There is also a Saga Visa card with an introductory offer of 3.9 per cent interest on balance transfers for six months. The financial services division accounts for the bulk of revenue with the holidays division contributing an estimated 15 per cent of revenues.

Both divisions make use of the company’s database of 8 million names and have the ability to cross-promote products through tools such as Saga Magazine, which has a circulation of 1.2 million. Saga also has a number of ancillary services, including a direct-sell car operation, independent financial advisers (IFAs) and an online share-dealing service.

But the dawning realisation among other companies of the power of the “grey pound” means competition will become fiercer and more pronounced in each of Saga’s sectors.

For instance, RIAS, part of Fortis Group, specialises in “high quality, low-cost insurance” for the over-50s. Managing director Andrew Marchington says revenues grew 37 per cent organically last year, and adds: “We steal a lot of business from Saga because we have a good proposition based on product, price and service delivery.”

In the holiday arena, two specialists for the over-45s, Page &amp; Moy and Travelsphere, came together last December, giving Travelsphere Holdings a customer base to rival that of Saga Holidays. Page &amp; Moy chief executive David Burns says while his division concentrates on holidays, it’s not inconceivable that it will sell financial products in the longer term.

Saga joint chief operating officer Steve Ashton says: “We are aware that there is competition, but it’s nothing new. As long as we continue to serve customers well and remain highly trusted, we expect to remain in a good place and fend off competition.”

Part of Saga’s strength is its brand name, which MORI research says is the most trusted name in financial services. However, the Saga name can be a double-edged sword. Chris Wood, chairman at branding agency Corporate Edge, says it is associated “with being a wrinkly” when everyone wants to be younger and “it must be increasingly the case that the brand will be a barrier as much as it is a stepping stone”.

But Ashton counters: “There will always be people with negative perceptions and we are no different from companies such as Vodafone or Tesco in that respect. We have a lot more positives than negatives and don’t see a major problem. We are not complacent and continue to evolve the brand.”

Looking ahead, Datamonitor financial services analyst Karina Purang says that, as the over-50s hold a lot of wealth, there is scope “to focus more on savings and investments”. Saga launched a one-year investment bond with a fixed rate of 5.26 per cent earlier this year and has a range of ISAs.

Saga Services keeps its cards close to its chest on future plans, though Ashton says: “People are living longer and are having to generate more income through working longer and finding the best way to save. This presents us with all kinds of opportunities.”

The notion that Saga could be looking at offering pension products is a safe bet, and with the strength of its brand name this sector could provide yet another goldmine.

The Electoral Commission (EC) launches a “Do Politics” tour of the country tomorrow (Thursday) in a bid to encourage the public to vote and make them more interested in party politics. The turnout for the General Election is usually over 70 per cent, but at the last election in 2001, it dipped below 60 per cent. […]

Vodafone and O2 have been called before the European Commission to face allegations of overcharging. The claims could result in multi-million-euro fines for the mobile phone operators.