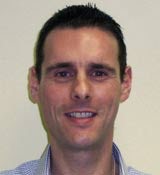 Five years ago, New Labour pledged that Britain would lead the world, switching off the analogue television signal and becoming a digital nation by 2010. Not surprisingly, it has just been announced by culture secretary Tessa Jowell that we should not expect the “switch-off” to happen before 2012. It was unrealistic, then, to believe that we would all be watching TV via digital rather than an analogue signal by the earlier date.

There are many issues raised by this so-called “change of heart” by the Government. But why should we care? Because the real issue is that the Government is being so non-committal to establishing exactly when the switch-off will happen, and that it seems to be pushing it lower down the political agenda, putting it into the “too-difficult box”.

When we know the switch-off date is achievable, then we can all plan for it accordingly. But if we look at our current projections, even the new date of 2012 looks an unlikely target for a complete analogue switch-off.

Today, about half of all UK homes have some type of digital TV service, receiving the signal either by satellite dish (Sky), cable (NTL or Telewest Broadband) or aerial (Freeview). The latter, low entry-cost terrestrial digital package has grown at an extraordinary rate in the past year, but even this has done little to give the Government the confidence to go for its previously stated 2010 deadline.

There also seems to be some uncertainty surrounding the move by Sky to offer a free-to-air digital satellite service. It can go one of two ways: either it will boost the number of digital homes, helping the Government to meet its new target date, or it will cannibalise the growth of Freeview. Either way, Rupert Murdoch wins: he has an involvement with both services (albeit a relatively minor stake in the latter business).

There is one other factor. The recent impressive increase in broadband penetration has largely gone unnoticed, but could emerge as a competitor to the established digital TV platforms. When the cable companies finally get their act together, they will have the potential to deliver TV programmes to a mass audience via broadband technology – to PCs, rather than TV sets. So how does this fit into the Government’s digital switch-off equation? It’s another question that needs answering.

Switching to digital was never going to be easy; there are the digital refuseniks to convince, the issue of the elderly and people on low incomes, the retuning of VCRs and how multiple-TV set households should be tackled. Above all, there needs to be a clear indication from the Government that it is truly committed to achieving a “Digital Britain” – with all the benefits this will bring to businesses and consumers – within the newly announced time-frame.

Perhaps it should publish the detailed timetable, so that we can all work together as an industry in helping to make this dream a reality.

Thames Water worldwide director of marketing and strategy Mike Moran is leaving the utility company after his role was made redundant.

Grey London has created a Â£1.5m TV and press campaign for Pringles crisps to promote its Taste the World sub-brand.

The Milk Development Council (MDC) is seeking a marketing director to drive forward marketing of the milk industry and dairy products. It is understood that this is a new position. The marketing division of the MDC was set up at the end of 2002 to help increase farmers’ income from dairy products by improving links […]