The campaign uses real-life footage of cancer patients, their families and the researchers and medical professionals involved with treating them. It was created by Anomaly as well as TV production company The Garden, the brains behinds programmes such as ’24 hours in A+E’.

Cancer Research UK’s Newman speaks about the new brand direction, marrying brand and direct response campaigns and moving away from the ‘clinical’ representation of research by bringing patients’ stories to life. 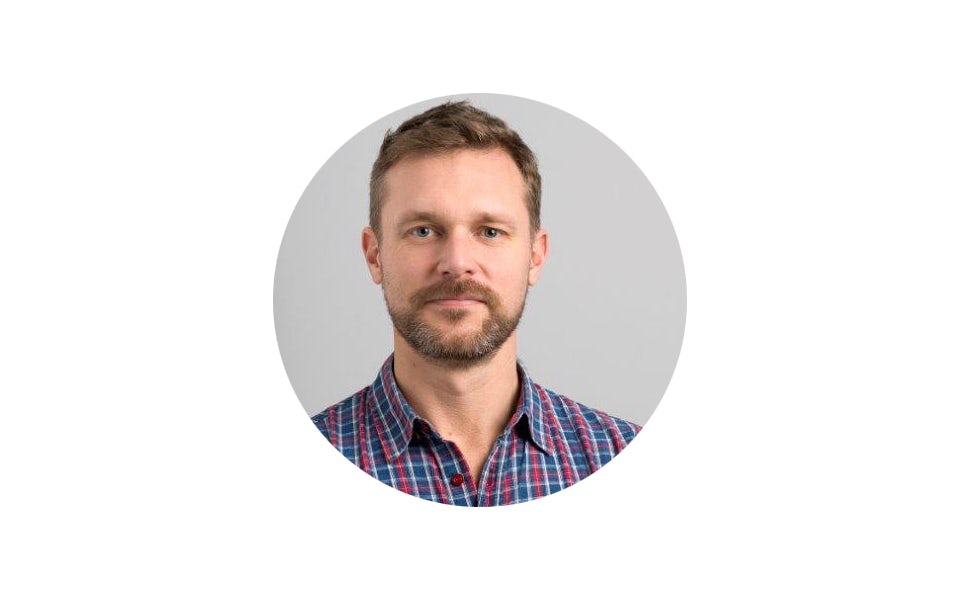 When we sat out to do this we wanted not just another ad campaign but a communications platform.

Lots of the work we do is direct marketing – we want people to do something directly in response whether that is donating, volunteering or presenting at the doctors earlier.

To that point, we had a change of strategy from working marketing through brand and direct response separately to being much more ‘brand response’ – so expecting that all our activity will generate a direct response and brand impact as well. Bringing those together.

The key insight is we know there are a vast amount of people touched by cancer in some way who don’t give to Cancer Research UK or other cancer charities.

We’ve got this huge amount of headroom we want to tap into – 22.6 million people. A lot of those people we need to tip into support because they’re close to it, but we’ve never done anything before that cut through to them.

Our brand challenge is to inspire the masses – all adults 18+ – to believe cancer will be beaten and connect this through a universal human truth. Previously [our marketing] has been targeted more at 35 to 50-year-old ABC1s but actually all adults are affected by cancer and any age group can support us.

“We wanted to bring our comms much closer to the reality of how research works and the progress we are making.”

Our previous work suggested that one day all cancers will be cured – that’s not the reality of how we’re working and isn’t very believable to the public either.

We wanted to work much more through the reality of how research works. We know that we are beating cancer every day, which is very different to how most charities work. Most are about endlessly trying to solve something that will still be a problem tomorrow.

With research everything we do actually has an impact, even if it doesn’t work. That is just as valuable.

It is very important for us as a brand team to be excited and scared – not another brand campaign that feels fine, ticks boxes – we wanted it to be different. We want to fuel the future and not just fix problems.

We have got such a rich story.

In the past we’ve tried to tell the whole story – from patient benefits, the research, the future – in one 30-second ad but you just end up not saying anything.

This time we are taking each of the 30 seconds to tell a very small story, but as human beings we are able to understand the bigger story going on around that – loss, grief, hope – because the stories are so real.

For me there is a difference between good and great marketing.

What we’ve been doing has been good and produced good results. Our last campaign, which I’ve criticised a bit, did achieve our highest engagement score ever but while we’re achieving so much of what we want to, we need to take it to the next level.

The fact that hundreds of thousands of people are diagnosed with cancer every year and dying, the imperative to do more is just enormous. Our fundraising is going well but we have to turn down excellent research every day because we can’t fund it.

Brand is only one part of what we do, but it underpins everything so we really wanted to up our game. 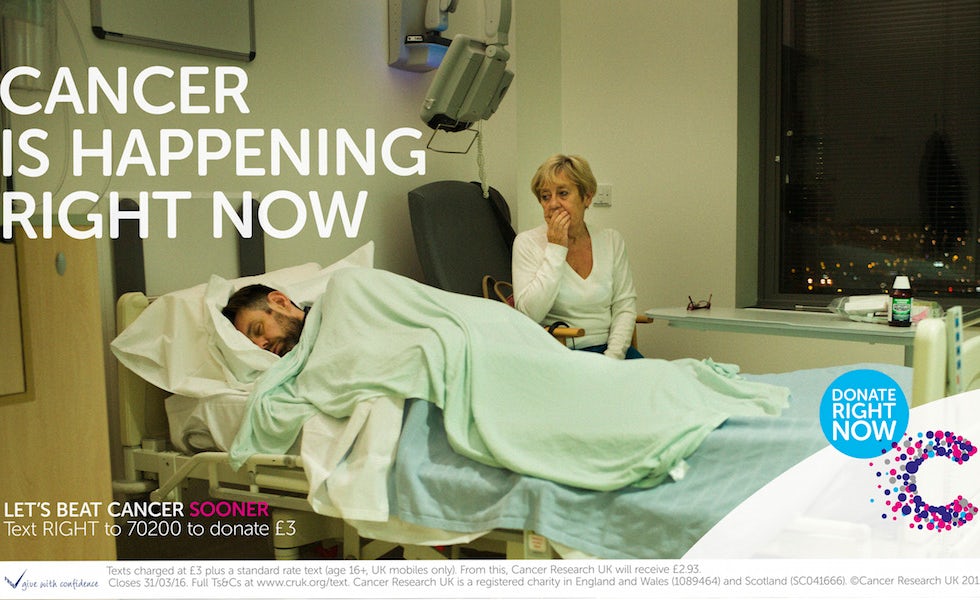 I am a little bit scared that because this so heavily features patients and that isn’t what people associate Cancer Research UK with, that it won’t build the brand attribution that we need.

People come out and say they remember the campaign, it was amazing, but aren’t sure which charity it was for or state a competitor.

That is a risk but there is an enormous amount to gain from associating ourselves with patients because ultimately that is who we are doing it for. Some of the patients featured are on clinical trials – it’s very difficult to get that across but it’s only through those trials we make real progress and those people are the heroes of the research world.

Being brave and bold is part of our brand belief.

That’s how we hope to work internally but also to show externally though our marketing, comms and advertising. It’s really relevant to us because research is bold, it is pioneering, it is brave. It’s right that we would reflect that.

The imperative to make a difference is just so enormous. Yes we are winning the war in terms of treating people but the incidence of cancer is going up – now one in two.

From a marketing point of view, if you just do more of the same you become mixed in with all the others. My worry was this might just end up looking like a load of DR TV. Actually what Anomaly and The Garden have brought is something so magically different that it doesn’t feel like advertising yet alone typical charity response campaigns. 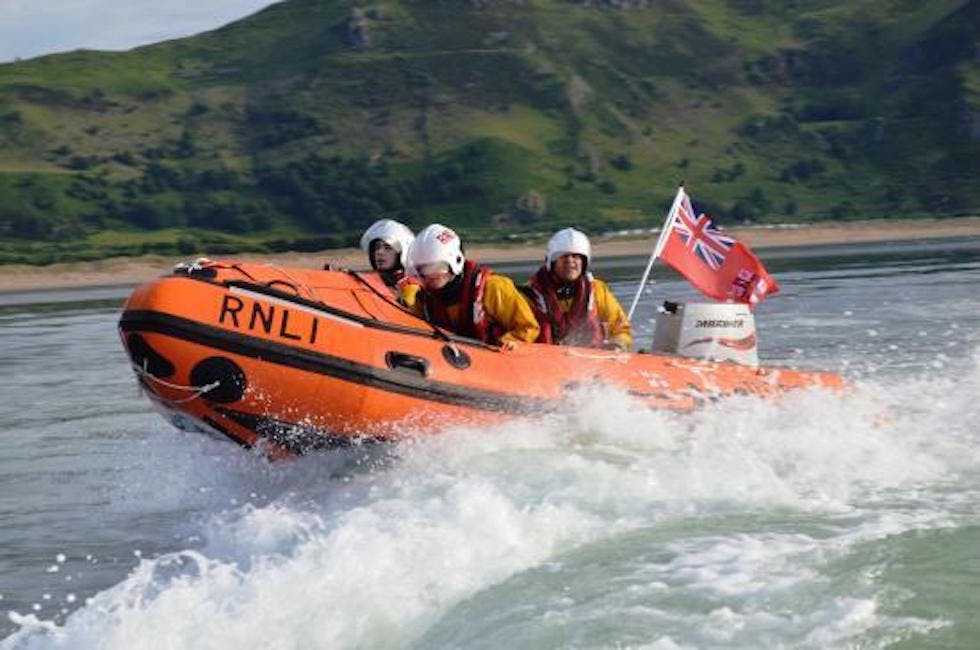 New research finds that 11% of Brits are failing to donate after taking part in media-based charity challenges such as the ALS Ice Bucket and No Make Up challenges.