“My chief executive indicated to me at the beginning of last year that I had CEO potential. We talked about what I should do to make myself ready, but the opportunity for me came up sooner [than all those things could happen] as he moved on to our business in Turkey.”

What they would have done differently: “I don’t have any major regrets. If you take something positive from it, then anything is good experience. When I have changed jobs in different organisations, I have sometimes looked back and thought it was fantastic, and other times I have left thinking ’I’m not sure I got too much out of that’. But as long as you try to make decisions for the best reasons, it is hard to regret them, even if it doesn’t go as you had hoped.”

“I saw marketing as something I enjoyed and so I wanted to progress as far as possible. I made sure along the way that there were opportunities to build general management capabilities. I did an economics degree and have an MBA. I’ve always liked the financial as well as the marketing side and I was very comfortable moving towards a CEO role.”

What they would have done differently: “The biggest thing I wonder is whether it would be good to have got into a full-on general management role earlier because I absolutely love it. I’m lucky with a business such as Quorn, which has huge potential globally. I know we can turn it into a $1bn opportunity.”

“The change from trading director at Boots to chief executive at Nectar and then at DFS has felt comfortable. As a trading director [at Boots], my belief was that you have to get a good team around you, ask questions of them and come up with solutions. That approach is also powerful as a CEO because it helps you to get the best out of the team around you.”

What they would have done differently: “You can get sucked into a belief that if you are very good at what you are doing, people will want to move you into bigger roles and you will move up the ladder. The danger can be that you get pigeonholed as being really good at one particular thing and people start convincing themselves that your talent will not translate into more lateral roles.”

“You increase the leadership and potentially dial down the management when becoming CEO. If you are running a department, you have to be good at that already and you have to be very conscious as a CEO to change the mix. I started as an assistant brand manager at Procter & Gamble, where the importance of leadership was ingrained into me.”

What they would have done differently: “I think it is really important to be yourself.It doesn’t work if you are trying to be someone else. I look at people I admire, take the lessons from them and see how I could apply them to myself. We have all made mistakes along the way and anyone who denies it either hasn’t got very far or is lying. One thing you have to do if you want to progress is to have the confidence to try new things, even if they go wrong.”

“There is no particular business specialism that leads to becoming a CEO; you could be in finance or operations. Marketing is as good a route as any. A disproportionate number of financial people become CEOs, however, perhaps because they are closer to the organisation’s commercial realities. But you need to be excited by the overall business.”

What they would have done differently: “I would have been braver. So many businesses are run by finance people, who have become CEOs because they speak the language of the investors. Marketers need to be brave enough to convey the point that if you don’t get the consumer end right, a business is not going to work. A good marketer should make a very good manager of a business and shouldn’t feel they are any less a candidate because they haven’t come up through a more commercial route.”

“I was marketing director for about eight or nine months before becoming managing director. When I joined, I had it in the back of my mind to move into a management role within an organisation that is very marketing led. My focus as a marketer has always been about return on investment.” 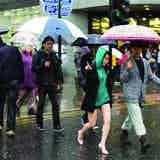 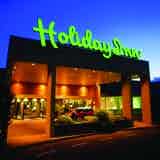