It has long been said that digital channels offer a more measurable form of marketing than traditional above-the-line campaigns. What is more, research by The CMO Club and IBM, which was recently reported in Marketing Week, suggests that CMOs are currently looking to spend more on customer retention than acquisition.

Customer relationship management (CRM) is central to that ambition, so does that mean it is it set to become ‘the new advertising’, with one-to-one customer communications displacing media spend as the dominant element of the marketing mix?

According to Chris Bates, head of customer marketing at John Lewis, CRM has been growing as a discipline for many years, and is now being used by many brands as the primary vehicle to launch new products or sub-brands.

For example, he says that when John Lewis opened its store in Stratford in 2011, it predominantly used above-the-line activity to announce the launch. However, for its store opening in Birmingham this year the campaign was spearheaded by first engaging ‘my John Lewis’ loyalty scheme members in the catchment area. Direct ‘teaser’ communications culminated in an invitation to a preview shopping night two days before the official opening. “The turnout was phenomenal,” he says.

Bates also claims that the recent extension of the my John Lewis programme into the retailer’s existing app – thereby removing the need to carry around a plastic card – was born out of understanding customer attitudes, needs and behaviours.

Marks & Spencer has likewise recently taken what it describes as “a fresh look at loyalty” – announcing a new members club called ‘Sparks’ in September. This goes beyond generic discounts, according to M&S, and by encouraging members to share their interests it delivers personalised benefits and ‘interactive’ experiences.

Such loyalty schemes, of course, require hefty investment in the back-end technologies that make a single customer view possible. For Anastasia Roumelioti, head of marketing at heritage fashion brand Hawes & Curtis, John Lewis is the prime example of a brand with an enviable CRM system.

“John Lewis is a multichannel operation,” she says. “It allows people to shop online and to collect from store, and offers tailored communications. We don’t have such a big budget but we have been investing to upgrade our CRM system. It’s my first priority.”

For Roumelioti, who previously worked at FMCG giants Procter & Gamble and Unilever, a key reason behind the investment in CRM is simple economics. “It costs three times less to bring back a current customer than to acquire a new one,” she explains.

Meanwhile, at the Post Office, CMO Pete Markey believes that it is “definitely fair” to say that budgets have increased for gaining customer analytics. “It’s been an important decision for us to put more marketing investment here,” he says. “Growth is difficult and it is expensive, so you have to find other ways to compete.”

A focus for Markey over the past nine months has been the creation of what he calls an “analytics centre of excellence”. Day in, day out, he says, the marketing team assesses ways of using data to bolster CRM strategies. By having daily meetings, the organisation aims to act in an agile way “rather than sending out a direct marketing pack and waiting three months for results”.

Markey says that as a result of these initiatives the Post Office has seen double-digit growth in revenue on its website, as well as a double-digit increase in dwell time.

“There are 17 million people walking through our doors every week and we want to build a deeper relationship with them,” he adds. “That’s why we employed a head of customer analytics early this year. It’s about looking at how we capture data, the quality of what we capture and the speed of what we do.”

A steely focus on CRM could therefore be the future of online marketing, reducing wasted budget, improving lifetime customer value and serving the right message to the right user at the right time.

Getting started in CRM

Meanwhile, for some companies – especially new, digital businesses – the focus on CRM is nothing new. Gracia Amico, CEO at PetsPyjamas and former global ecommerce director at fashion retailer Hobbs, notes that moving from a large company to a smaller online business can enable a greater focus on customers.

“We’re very aware of how much you spend per customer,” she says. “In a bigger company, you can have an attitude of just getting more and more customers, rather than focusing on those you already have. But it costs a lot to acquire a customer. You must keep them.”

Of course, the question as to whether to focus on retention or acquisition does depend on the stage a company is at, and the type of industry it operates in. For instance, Mike McMinn, chief information officer and group head of IT at public house operator and brewer Marston’s, says that he has been working with Thunderhead for around six months in order to break down some of the anonymity and lack of data that pubs have traditionally struggled with in their relationships with customers.

The company has access to far more data than before, mainly because of a Wi-Fi system that is being rolled out across the estate, requiring customers to log in. McMinn notes a “huge shift” from acquisition to retention. “We have around 30,000 known customers and we’re starting to learn a lot more about them,” he says.

It could be also argued that although acquisition is quite well understood, retention as a marketing technique can be more of an ‘art’. Mark Newton, CMO at home recipe kit delivery brand Gousto, believes that many marketers are in experimentation phase with their CRM strategies. He argues: “Acquisition has been understood for a long time. Retention is less standardised and more variable depending on the type of business you are in.”

The effect of mobile

Needless to say, the continued rise of smartphones is having an enormous effect on the form that brand loyalty schemes and CRM take. One example is the John Lewis loyalty scheme’s new app, which Bates has admitted is focused on early adopters – at least for now.

Jason Myers, CEO at restaurant chain Busaba Eathai, says that his company’s use of a mobile app, which was intended originally to make paying at the end of a meal easier and faster, has had “staggering” knock-on benefits in terms of CRM.

“The idea was to create a payment app but it became so much more. Now it’s possible to book a table or order home delivery with the app and customers are also using it to tell us what they want. In terms of retention and engagement, it is the best thing we have ever done,” he says. “And if you can get an app on someone’s phone, you are at the forefront of a consumer’s mind.”

He is certainly not alone in believing that; marketers are only starting to tap into the potential of retention marketing, which could see CRM taking an even greater slice of budget in future. 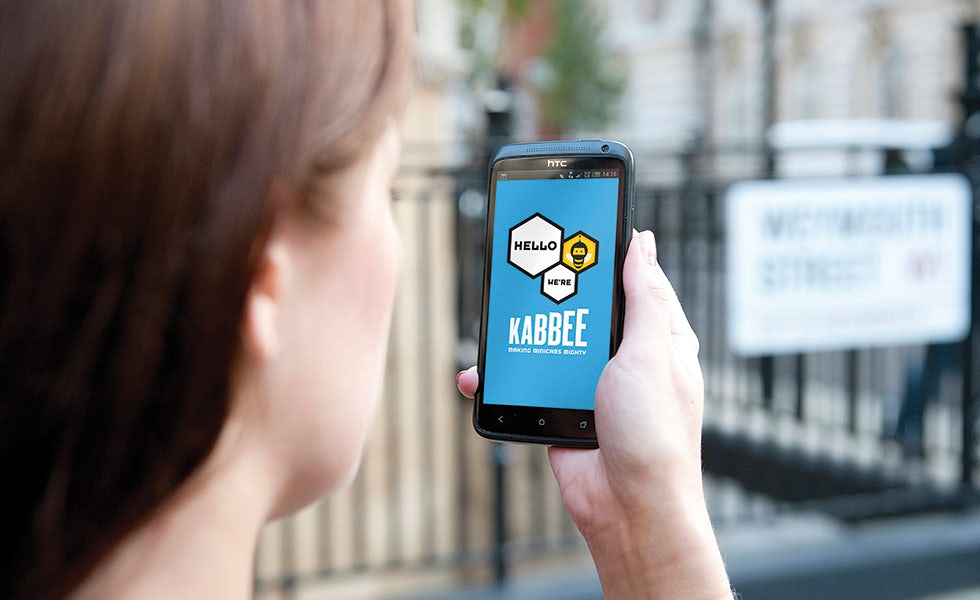 Cristina Astorri, marketing director at minicab booking app Kabbee, took the decision earlier this year to stop using the brand’s traditional creative ad agency and to focus instead on digital.

“Our focus is now very much on retention,” she says. “But to do this properly, you need a lot of key performance indicators in place and you need to test continually.”

Astorri believes it is important for a new brand not to wait too long to focus on retention marketing. And she notes that traditional ‘win back’ phone calls, which she describes as “old style customer service”, have generated great results. “We speak with customers to understand issues and to address them. This is a very competitive industry and it’s important to speak directly to them,” she explains.

Last year, Kabbee also launched a loyalty programme and it operates a ‘punctuality promise’ whereby if a cab is more than five minutes late, it is free. Alongside such initiatives, Kabbee runs a number of brand partnerships offering customers treats such as a free glass of champagne at The Shard skyscraper in London.

Astorri claims that the company gets good results from relevant push notifications. For instance, around 40% of Kabbee’s journeys are to an airport and the brand has found that it drives conversions when it targets customers in the cab, to encourage them to book their return journey.

Other successful CRM strategies include a referral programme whereby both the recommender and the recipient get money back: “Word of mouth recruits some of our best customers,” she says. “And we have a rating system on the app. If we get a rating lower than three stars, we write back to understand why, what happened and how to correct mistakes.”

However, Astorri warns that it is all too easy to get lost in a deluge of data. “You need clear objectives and you need to do a lot of research into the tools you use,” she says. “It’s also important to be open-minded. New technologies are the future.”

Historically, CRM has not been the focus for us, but it is now. In the past five years, we’ve seen a wave of growth. When you ride that wave you don’t necessarily focus on retention and loyalty.

It’s wonderful to be in a high-growth company, but the business also needs to be thinking long term. It’s important we get the right tools and people in place so that we can continue with the growth when it becomes difficult and when new competitors inevitably come to the marketplace.

We are moving to Salesforce Marketing Cloud, and away from using disparate systems. It’s a significant investment at more than £1m in the first two years. It’s up and running for the UK but it’s a global project for all our 15 markets. We’re also introducing a new attribution tool. We plan to be more sophisticated in terms of how we buy our media, and look at the interplay of different channels.

In our market, [consumers have quick] decision-making: ‘I’m hungry. I want to eat.’ So we need to connect and engage with social media when the customer is not ‘in the moment’. To this end, we want to build brand love, and will focus on that more, showing that we’re listening and delivering value.

Brands such as Dominos are discount-heavy. To my mind, always using that approach doesn’t build brand advocacy. For instance, we might notice that you always order on a Friday or always order Chinese, and we can offer treats like having your favourite dish free next time. It’s about how we use data.

My favourite advert from 2014 was Lidl’s unpicking of Morrisons’ ‘Match & More’ loyalty scheme, a hybrid scheme that pledged to match Lidl and Aldi on price. The ad detailed the many steps customers had to take to receive the difference back. It ended with an absolutely killer pay-off: “Or you could just go to Lidl”.

Loyalty schemes have come under scrutiny as brands look to get the most value out of their programmes. Both Tesco and Nectar have slashed the value of theirs while Waitrose has derided the traditional points-based system.