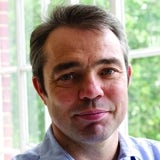 Many thousands of moons ago in the digital world (about 2006). I used to have a theory about social networking sites. This theory was that they had a half life, a bit like a piece of radioactive waste. The theory stood up quite well for a season of conference speeches, as Friends Reunited, Bebo, Second Life (I like to think my ’get yourself a first life’ comment helped this particular site’s demise) and even the mighty MySpace lost favour with their previously fanatical users.

Then along came Facebook, and I needed another theory (or a longer time span to judge it by.)

However as The Social Network was going big and hitting Hollywood, the latest piece of mass owned technology (geo-tagging on smart phones) was spawning a number of threats to Facebook. Gowalla, Rummble, Foursquare and numerous other location based services have been gaining traction by getting users to Check in their location via their smart phones in order to let their friends, fans or mere digital acquaintances know their whereabouts.

Briefly Foursquare has been the digerati’s new favourite social app. I was staggered to hear that over 4500 people earned an ’Epic Swarm’ badge by checking in simultaneously at a recent American Football game, until I realised that it was a 49er’s game in San Francisco down the road from Silicon Valley and smart phone penetration was probably about 200%. Therefore the market usage figure for Foursquare was disappointingly low!

I used to run a media company full of bright young things who had already binned Facebook as too mass, and not cool (read “geeky”) enough for their liking.

No doubt this lot will be part of the five million current users of Foursquare and will for the time being carry on gathering “Mayorships” and earning badges.

Facebook has spend the last five years getting brands to set up pages and fan bases. These communities can now be carefully harvested and the investment payback started through offering Facebook Deals to those checking in.

So is this the future for new brands on the web? Launch, wait for one of the big boys to copy your best bits and deliver it seamlessly to their larger audience base, then quietly drift into the ethersphere and a become a distant memory? It wasn’t supposed to be this way.

Wasn’t the internet supposed to encourage freedom, proliferation of brands and consumer choice? The actuality is that it is dominated by a hegemony of superbrands: Google, Facebook, Apple, Amazon. The web is increasingly offering consumers a parsimonious choice of suppliers.

Forget Chris Anderson’s long tail. Consumer herd mentality has meant that the internet is like a docked Weimaraner. Nothing wagging here except tongues in Mountain View.

Talking of Google, the recent news of Facebook launching an email service is perhaps harder to understand than its launch of Places. There is already messaging and chat on the service and by Zuckerberg’s own admission, kids don’t use email.

But if Google’s failed social network Buzz was a shot across Facebook’s bow then the announcement of the email service for all 500 million Facebook account holders is a broadside against the Big G.

Those that have seen recent user stats from the USA will have seen Facebook overtake Google in terms of time spent with each brand. The addition of Places, Deals and now mail will have ramifications in even the most powerful board rooms of the West Coast.

So back to the death of Foursquare.

The good thing with Foursquare is that users still have the control in the way they communicate their location other people in their network. You can still check-in in secret, just for your own amusement.

Facebook Places current set up means that you subject all of your friends to your updates all of the time, spammer status assured. Unless your friends switch off their notifications (of which there are already detailed guides on how to do on YouTube) your status updates all automatically.

A previous oft quoted rule of website creation was, if you do one thing, do it well. For a limited constituency of Foursquare users then this rule may prevail.

Now I’m off to oust Rina our own pet digerati as Mayor of HMDG.