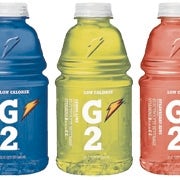 Sports drink Gatorade has a strong presence in North America, and plans to push the brand in the UK this summer. Its strategy is to move the product from being thought of as solely a sports drink to becoming a broader sports performance brand, providing expertise for athletes and people in training.

To gather insight into how consumers feel about the brand it set up a social media hub in Chicago last April that it calls Mission Control. There, a team staffed by a mixture of people from PepsiCo and its agencies monitor conversations happening on Twitter, Facebook and other social media. The aim is to be able to react quickly to conversations involving Gatorade.

Gatorade director William Morris says his team has seen a fundamental shift from discipline-based marketing to managing communication through product teams. “Before, we had a marketing communications department, or a PR department, pushing out strategy for all our products, no matter who the target was.

“Now we have teams associated with each [Gatorade] product line looking at how people engage with the products,” he says. These conversations in turn will influence where the brand goes in terms of new product development and its communications.

Getting people with the right skills to monitor the conversations has taken several months. “You have to employ the social [media] skills, which are rare, but you also need a team that is flexible.

“My staff have fixed projects to do, but because they are also monitoring conversations they have to be able to react quickly to address [comments] through social, digital or traditional media. Their skills are very digital and analytical,” Morris says.

The aim is to address issues quickly. For example, if someone incorrectly asserts that a Gatorade product contains a particular ingredient, an analyst in the room will immediately go to the relevant PR person to take it in hand.

“These people are leading something that has never been done at PepsiCo before,” says Morris. “It is an interaction and engagement with consumers that this company has never before invested in,” Morris says.

Gatorade is now moving towards being able to measure the effect of putting particular messages into social media, as well as the kinds of sentiments people show in response. “If the spend doesn’t really push up sentiment or awareness then we move to a different channel,” he says.

Morris wants to get together a community of people who are fans of the brand but are also influential on various social media channels to use as ambassadors. He is also keen to work more closely with Facebook and Twitter on a more robust partnership rather than on one-off campaigns. “We are not just focused on Gatorade.com, we want to talk to people through every [technology] that is new and innovative.” 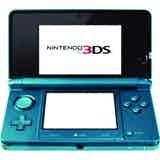 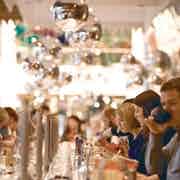 Last year Google offered £4bn for Groupon, the peak of an explosion of interest in discount websites. So will we ever pay full price for goods again? Discounting could be the oldest trick in the marketing book. In fact it is probably older than the book itself. But the past two years have seen an […] 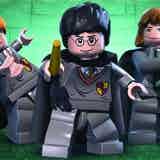 Lego is developing products to boost its appeal with school-age girls as the toy-maker looks to build on recent sales growth.