Shoestring marketing means being resourceful at every opportunity, squeezing value from existing assets and maximising investments through creativity and innovation. Restaurant chain Leon’s £10,000 ‘Lean and Clean’ campaign last year is an example of how this approach can pay off.

At the beginning of 2015, the business had 22 restaurants across London and three people covering its marketing and PR functions. Leon’s aim at the start of the year was to double sales of its breakfast items – a fast-growing segment across the café and ‘fast casual’ restaurant sector – and to raise brand awareness on social media. With these targets in mind, it launched Lean and Clean as a year-long campaign focused on promoting healthy eating and living.

In addition to launching new healthy breakfast items on its menu, the brand signed up Instagram fitness and nutrition vlogger Joe Wicks to generate excitement online. Leon’s brand and marketing manager Saskia Sidey notes that Wicks “wasn’t really big” at the time, having not yet agreed the book deal that he received last year.

This allowed Leon to hire his services for no up-front fee. The brand paid him with copies of its cookbooks, free meals and the prospect of mutually beneficial publicity. “It was exposure for him, so it was a two-way deal,” she says.

READ MORE: Why transparency is key in relationship between brands and vloggers

The business created two fitness videos with Wicks for use on its social channels and again saved costs by asking “a friend of a friend” to film and edit the videos. Rather than hiring actors, Leon employees and their friends appeared in the ‘beginner’ version of the fitness class video, while the company used Wicks’s Instagram profile to recruit a selection of his fans for the ‘intermediate’ version. These people were also rewarded with a free meal, rather than a fee.

Wicks, who has 974,000 followers on Instagram, had already shown his affection for Leon prior to their arrangement. “He was someone who loved Leon, posted about us a lot and so we decided to expand on that,” says Sidey. The tie-up provided opportunities for Leon to reach his social media following throughout the course of last year, including through competitions and posts showcasing new Leon dishes and recipes.

Leon’s low budget approach to producing the fitness videos also helped to showcase the brand’s personality. The videos appeared on social media with the hashtag #LeanWithLeon in support of the Lean and Clean campaign. “Being such a tiny creative team led us to be resourceful,” notes Sidey.

“We always used our own cameras and recruited friends to work out in these gruelling exercise videos with us. That authenticity came through because we were living it and doing it ourselves.”

The other core component of the Lean and Clean campaign involved targeting cyclists in London with specially designed flyers that were attached to the handlebars of parked bikes. The flyers celebrated cycling as a healthy activity by offering recipients a free Leon breakfast when they bought a coffee. The brand did not pay a third party to distribute the flyers but instead handed them out to all of its restaurant staff, asking them to attach the leaflets to bikes as they were walking around London during their daily routine.

“We don’t have restaurants in Peckham or Archway but we had tweets from people taking pictures [of the flyers] from that far away because team members would take them home and [distribute them] on their way home or on their way back to work,” enthuses Sidey. “It only comes from having that bottom-up family culture that we were able to have such a wide reach with [the activity].”

Leon relies on its restaurant staff to help keep marketing costs low and drive sales through strong customer service. Last year, it ran a competition for one week in which it challenged employees to achieve the biggest increase in sales of specific dishes for the chance to win two cases of Prosecco – a product the chain already sells and has in stock. Sidey reports that by simply encouraging staff to talk about and run sampling of the dishes, the competition resulted in a 12% increase in sales.

She notes the importance of “owning our media space in our restaurants”, such as by using promotional badges on team members’ t-shirts and by asking them to become advocates for the food. “You can’t just rely on three people in the marketing team – you really have to push it out via the restaurants,” she adds.

Total campaign costs for the year came to £10,000, which was mainly attributable to printing costs for the flyers. Although Leon fell slightly short of its target of doubling breakfast sales, Sidey says that breakfast is now “at the highest percentage of sales in our sales mix than it’s ever been before, so it’s definitely made an impact”.

The brand also tripled its Instagram following within the first three months of working with Wicks and was able to adapt the Lean and Clean campaign to different events throughout 2015. For example, when train drivers on the London Underground went on strike, the food chain ran a promotion offering people a free coffee if they had a cycling helmet or were wearing trainers as proof they had cycled or run to work.

“Those are the things that people talk about on social media,” says Sidey. “They think ‘I did something I do everyday or that I thought was going to be annoying like walk to work, but someone has actually rewarded me for it’.”

Leon is growing relatively quickly and now has 33 restaurants and eight people in its marketing team. It also opened its first flagship site outside London last year with an outlet in Birmingham and is planning further launches in the regions this year.

READ MORE: Why Leon is prioritising marketing as it looks to become an international fast food brand

Despite this expansion, Sidey insists the brand will retain its commitment to shoestring marketing, including refusing to hire agency partners in favour of developing in-house creative capabilities. “It forces you to be creative, thinking about how you can avoid paying an outside agency to have your ideas for you,” she says. “If someone quotes us [a price for] something, we will often say ‘no way are we paying that – we can do it ourselves’.” 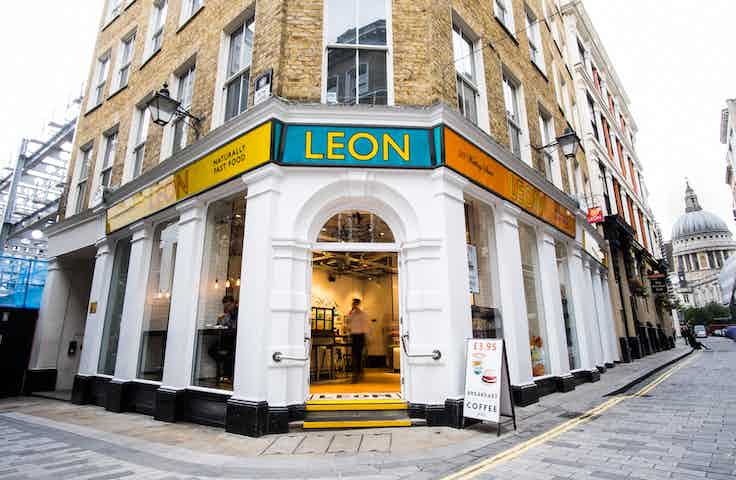 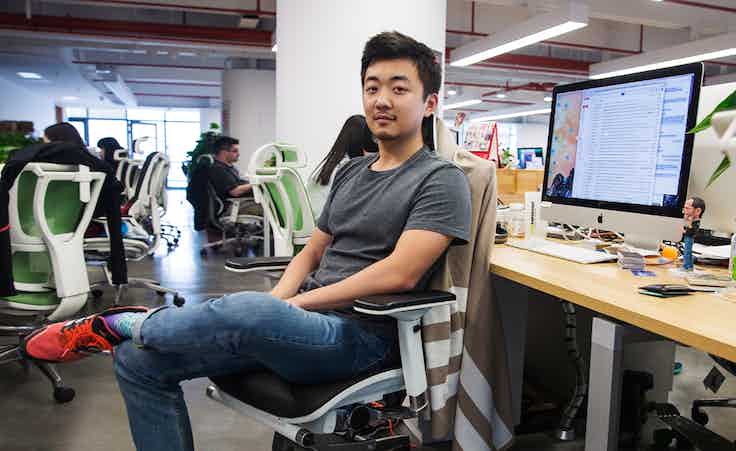 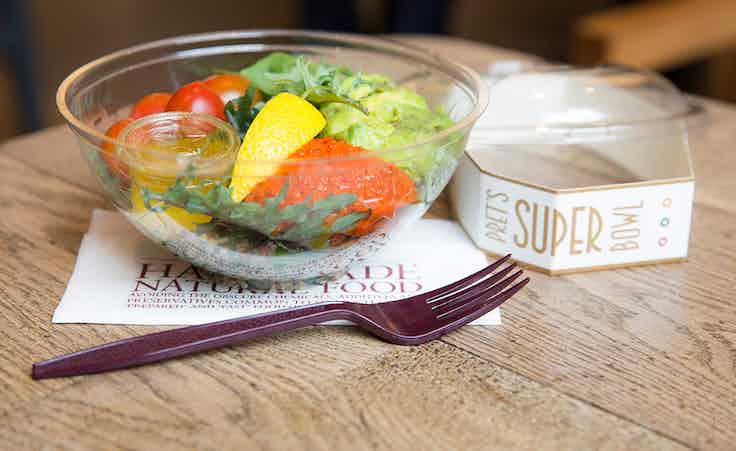