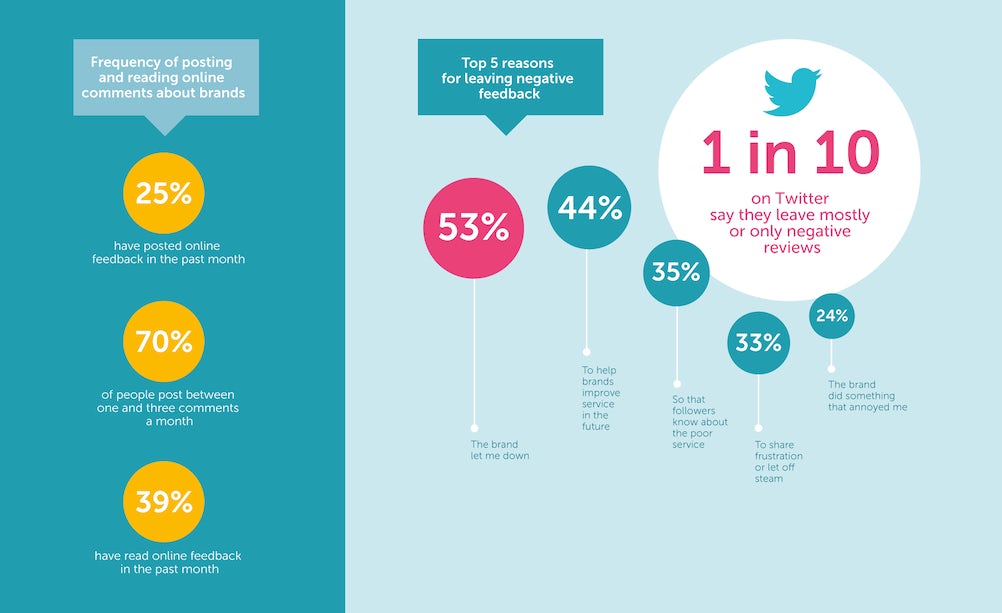 Consumers are using social media to inflict damage on brands they have had an unsatisfactory experience with, according to a new study that reveals the reasons behind their negativity.

These ‘toxic consumers’ are not simply giving bad feedback but are motivated to actively harm a brand’s reputation using their social media feeds, the research by ICM shows. The company conducted a quantitative survey of 2,048 consumers, followed up with an online community of 22 consumers, which ran for seven days. 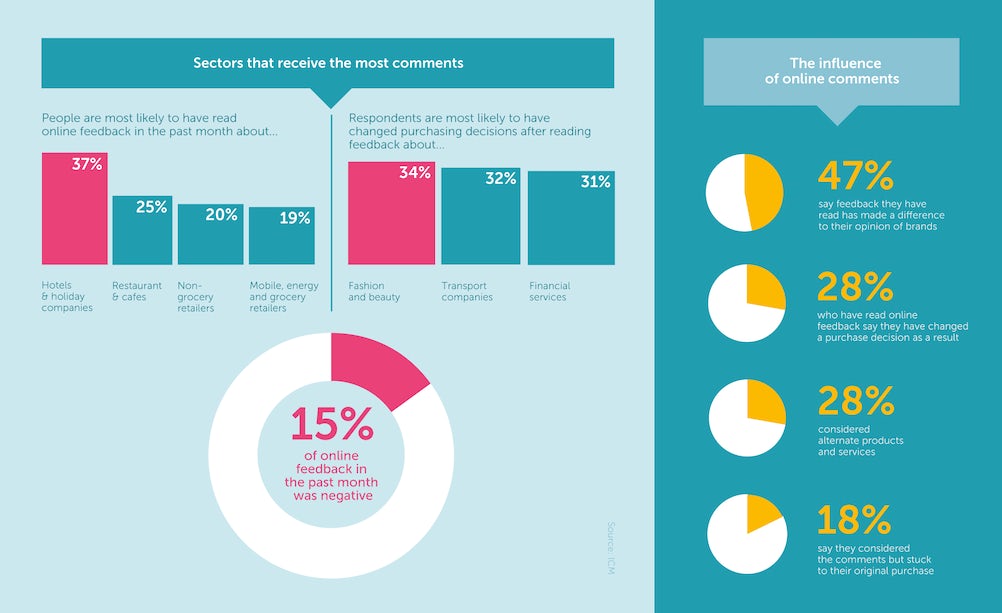 The biggest reason for people leaving negative feedback is because a brand let them down, with 53% of the respondents saying this, though most do not seek to damage brands. The second biggest reason is to help brands improve, which motivates 44% of those giving negative comments. Over a third (35%) leave comments so that followers know about the poor service and 33% to share frustration or let off steam.

“If consumers don’t get the response they want in the time they want it there is a real risk that they could become toxic, so brands need to be careful in how they are dealing with their social media presence,” says Andrew Wiseman, managing director at ICM Group.

The study categorises the types of consumer that social media has created. According to these, 7% of respondents are toxic consumers, 7% are ‘ambulance chasers’ looking for financial remuneration and 24% are ‘carers’ who want the brand to do better. Two further types include the 31% of people who are ‘fixers’, looking to help brands get their service right, and a further 31% of ‘let-off-steamers’ who want to vent frustration.

ICM suggests that brands have an opportunity to intervene before consumers get to the toxic level of negativity where they are out to create reputation damage. Wiseman recalls past customer-initiated campaigns where social media hashtags were created, for example #DellHell and #VodaMoan. “The response needs to be personal and specific to the comment raised. A lot of brands have gone out with loose and standard responses, and sometimes that is not enough,” says Wiseman.

“If there is a specific issue being raised – a service issue or non-delivery, for example – then there needs to be a clear indication that the company has recognised there is a problem and is going to follow up on it,” he says. A quarter of respondents have no expectation about when or if they would expect to receive a satisfactory answer to a complaint on social media, so ICM believes there is an opportunity here to surprise and delight customers by providing a response.

It’s clear that using social media as a customer service channel is on the rise, whether it’s through reviews on sites such as TripAdvisor, eBay and Amazon, or on personal social feeds via Twitter and Facebook. The research shows that 70% of people post between one and three online comments a month about companies or organisations. Men and parents post more frequently than other groups, and Amazon and eBay are the most likely platforms to be used for the purpose.

Wiseman believes that brands should have sufficient resources to be able to treat social as any other customer service channel that someone might have access to, such as a call centre or postal complaints. It’s important for brands to take note that four in 10 respondents (39%) have read online feedback in the past month and many claim reading reviews changes their decisions.

The research reveals that almost half (47%) say feedback they have read has made a difference to their opinion of brands, 11% say it has made a big difference and 36% say some difference. Over a quarter of those who read online feedback say they have changed a purchase decision as a result (28%) and a further 28% have considered alternative products and services.

The rise of social channels as a forum for complaints means that customer grievances are in a public setting and brands therefore need to act and respond quickly or risk creating more toxicity.