Next summer will see advertisers compete against each other to be the most meaningful for fans and ultimately use that positive association to drive sales.

According to Twitter, three separate football matches have already generated higher tweets-per second spikes than the London 2012 Olympics. The European Cup final attracted 16.5 million tweets from 300 million viewers, while the last World Cup final drew more than twice as many,

The marketing competition and cost have never been so high. However, there are five key points marketers can substitute into their digital strategies to come out on top before the final whistle next July.

World Cups are all about moments for fans; the appearance of the Vuvuzela in South Africa 2010, the Zinedine Zidane head butt in Germany 2006 and Paul Gascoigne crying at Italia 90. The rise of digital has broadened the stage for advertisers to capitalise on these moments but they need to be wary of producing real-time content incapable of driving anything but awareness. Mark Wainwright, senior account director, We Are Social, which is working with Adidas on its World Cup sponsorship strategy, warns marketers need to be adventurous but selective to avoid reflexively posting about every potential moment next summer.  “Part of being effective at real-time marketing is knowing when to speak and when not to speak”, he adds.

The popularity storm of social and mobile has overtaken search among marketers in the years since the last World Cup. It could prove, however, to be a powerful tool for non-sponsors to monetise the extra traffic circulating around next year’s events. Beyond driving impressions around words such as “World Cup accessorires”, “flags” and “live England matches”, advertisers should also be paying attention to fans’ behaviour when using different devices. A fan searching “live England matches” before kick-off on a laptop is likely to be looking to stream the match, whereas if this is happening on a mobile device they are going to be looking for pubs, according to digital agency iCrossing. “[World Cup] key words are one of the best forms of intent any audience can give your brand”, says Sam Fenton-Elstone, head of media at the business. “It’s in the moment with a real-time piece of advertising that could be a lot cheaper than a more traditional campaign”.

Adidas, Coca-Cola and Mars are among a raft of brands plotting global real-time marketing plans to exploit the trials and tribulations of the World Cup. To be successful, media experts say advertisers need to “keep up” their end of the bargain when it comes to interacting with fans online. Sports fans are digitally savvy and don’t always want to be sold to, says Alan Fagan, group sales director at ESPN Global. “[Digital] provides an opportunity to create engaging content, but it has to be a value-add for consumers”. It is a prospect both YouTube and ITV are exploring through efforts to pair football content creators with advertisers for the tournament.

Making an event an experience

Fans and critics alike lauded Oreo’s Twitter response to the Super Bowl blackout, but it is also indirectly responsible for a plethora of real-time marketing gimmicks that have followed since. Some industry observers warn that the rush to jump on the content bandwagon to replicate the campaign’s success will leave many World Cup brands disappointed at the returns on their investment. Instead, the focus should be on using digital technology to create shareable experiences around the World Cup to convey the brand story. William Scougal, head of brand strategy at Twitter, says the key question for marketers looking to commercialise the platform next summer is “how can I make my posts provide something extra that genuinely impact people’s lives for the better”.

You don’t own the World Cup. Your consumers do

At a time when fans are demanding more content, those sponsors failing to fully utilise their rights are increasingly appearing out of touch with media trends. Marketers need to be more nimble activating around the tournament and demand greater flexibility from rights holders to give consumers a real sense of ownership. Cassandra Russell, senior multiplatform solutions manager at ITV, says those advertisers incentivising their World Cup related-digital content through competitions and rewards are more likely to commercialise the full 90 minutes of a match. The broadcaster, which is ramping up efforts to secure ad revenues around the tournament, predicts those brands that reward viewers next summer will generate so much more ROI from their campaigns. 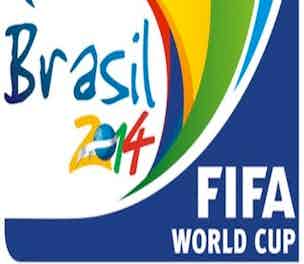 FIFA is to build an online community of football fans around its new mobile app in an attempt to fuel its growing focus on digital marketing ahead of next year’s World Cup.

Sex sells – but only to men, not women, according to a study from The Carlson School which advises marketers targeting women to only to use sexual imagery in the context of a relationship in their ads. 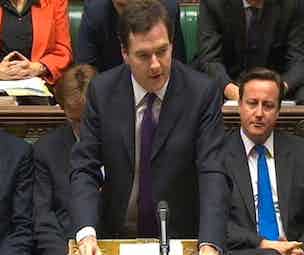 The retail industry has welcomed the cap on business rate increases announced by the Chancellor George Osborne.