Ahead of his headlining slot at the Festival of Marketing next month, Anthony Thomson discusses his vision for the next era of financial services.

When Metro Bank opened its doors in 2007 it was the first high street bank to launch in the UK for 100 years. Eight years on and its founder and former chairman Anthony Thomson is doing it all again, this time with mobile-only Atom Bank.

Both banks have been built on the killer insight that customers want value beyond price, which many of the traditional players in the market seemingly overlook. “It’s [about] understanding that nobody cares about banks, they just care about banking,” says the former marketer. “They want to get what they need quickly, easily and painlessly, and if you can make it a great experience, so much the better.”

The fact Atom Bank is mobile-only is another disruptive move but one that illustrates the business is looking to the future. “The world has moved on,” he says. “Opening a new bank today with branches would be like BT putting telephone kiosks back on the high street.”

According to Thomson’s insight, branches are declining by around 10% year-on-year, which is the same level as telephony. He says: “The challenge for all banks is to recognise the changing consumer usage. There will be a role for branches for a number of years to come but the direction of travel is absolute; it is mobile.”

The British Bankers’ Association estimates that by 2020 the number of people using mobile apps for banking will be twice as high as other channels added together.

In light of this, Thomson believes existing banks would love the opportunity to rebuild their business.

“Talk to any big bank privately and they will say the future is digital, mobile,” he claims. “They have to make a case for branches because they have so many of them. With the ability to start again tomorrow without branches, many of them would jump at it.”

Going up against financial giants therefore is not an issue for Thomson as he believes that “the big banks have got enough problems of their own”, including old IT systems and being tied to legacy real estate, with branches in locations that nobody requires, as well as a steep decline in the number of people using branches generally. He says: “Larger institutions have legacy IT platforms, balance sheets; the big banks have huge challenges and issues facing them, which as a new entrant we don’t have.”

He says the prospect of launching another bank is “incredibly exciting” as he is at “the forefront of change” despite the hurdles of a heavily regulated industry.

Although there is “no magic source” for success, he believes keeping true to your beliefs and values is critical, and says it is important to work just as hard when things go right as when they go wrong.

Atom Bank, which launches later this year, began life in a rented office space in Durham with six people who shared the same vision. Thomson’s eye for opportunity and his ability to sift through market research, insight and data revealed the need for a customer-centric approach to building a business.

To market this approach, Thomson says he’s hired “much cleverer marketers” than himself and believes that Atom’s CMO Lisa Wood, “really gets building a customer-centric business”, having previously worked in the same position at First Direct.

This way of thinking is built into the recruitment and development process too. Thomson says: “I half jokingly say to my colleagues at Metro Bank that part of my job is to stop you turning us into a bank. People from time to time default to their previous experience and I have to remind them that it’s not about building a bank but a customer-centric data business that just happens to be a bank.”

Honing the skills of the future is an important point, not just for future businesses or marketers but also for people in work today. “I don’t think anyone can sit still, be complacent and assume that the skills they have today will be the complete skills set they need tomorrow,” suggests Thomson.

He refers to a recent visit from a futurologist who explained that for people in education today 70% of the jobs they are training for do not exist yet.

As the chairman of the National Skills Academy, Thomson agrees that the world of work is changing dramatically and that people will not be able to guess exactly what it will look like. However, equipping people with “universal skills”, such as the ability to think, analyse and strategise, will always be useful, they “are just going to be used in different environments”.

Some businesses may be scared of what the future holds but Thomson says he is excited. However, he warns marketers not to see tomorrow as the future as that is a short-term view. “We are designing a bank for mobile devices but we are already thinking about a future where we don’t have mobile-first,” he says. However, what this might look like will remain a mystery as Thomson adds: “We can’t give those secrets away.”

For more information about the Festival of Marketing and to buy tickets visit www.festivalofmarketing.com. 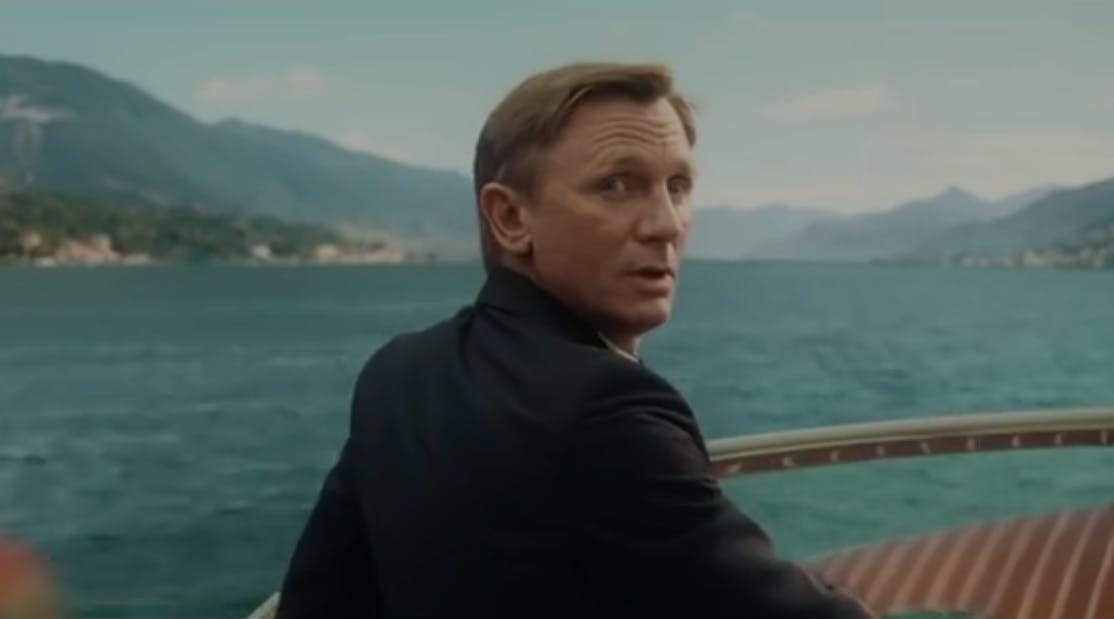 Big brands including Sony, Gillette, Heineken and Jaguar Land Rover are teaming up to release a one-off James Bond themed ad break to build momentum for the upcoming blockbuster Spectre.