Carl Pei, at just 26 years old, revels in the role of the outsider. The co-founder of startup smartphone manufacturer OnePlus shares a market with some of the world’s biggest brands, but as he meets Marketing Week at Mobile World Congress in Barcelona, the contrast between them is stark.

In the first of a series looking at successful marketing on a shoestring, Pei explains how he is shaking up an industry of giant brands with almost no budget.

“There are so many inefficiencies at Mobile World Congress,” he says. “You can see the world’s largest [product] booths, but the Android manufacturers are more concerned with marketing than making the best product. We’re not spending that much on marketing or on our channel costs because in the end, consumers have to foot the bill.”

At OnePlus’s headquarters in Shenzhen, China, a bobblehead figurine of Apple co-founder Steve Jobs stands on Pei’s desk, signifying the level of greatness to which he aspires. Two year-old OnePlus is minuscule in comparison to the iPhone giant, but the brand is causing a stir by making high-end phones that sell at a significantly lower price to those of Apple or Samsung. In parts of the blogosphere, the label ‘like an iPhone but cheaper’ is used to refer to OnePlus’s positioning.

For example, a 64GB version of the OnePlus 2, the company’s current flagship model that was released last autumn, retails for £249 without a network contract whereas a 64GB iPhone 6 costs £539. OnePlus keeps costs low by selling its stock direct to the consumer online, rather than using intermediary retail partners. At present, it ships to 34 countries.

OnePlus’s most notable marketing tactic was to begin by only selling its phones to customers who received an invite from the company, granting them permission to buy. Invites are handed out through various promotions and competitions, while OnePlus owners can also share invites with their friends.

The brand has reached a sales volume where it can phase out the invite-only model, but this word-of-mouth strategy has earned OnePlus a cachet among tech enthusiasts, enabling it to build a community of committed customers that generate online excitement about the brand and its products. OnePlus sold 1.5 million phones globally in its first year of trading – a result that, while tiny in industry terms, greatly exceeded the expectations of Pei and the fellow Chinese tech workers with whom he founded the business.

Pei explains that the viral impact of the invite system was an unintended – but happy – consequence of the company’s desire to grow slowly in order to focus on product development. By carefully controlling the demand for its phones, the company is able to keep track of its inventory levels and avoid over-investing in products that it cannot later sell. This, Pei argues, sets OnePlus apart from many of the big smartphone makers that invest millions in marketing to compensate for mediocre, mass-produced products. 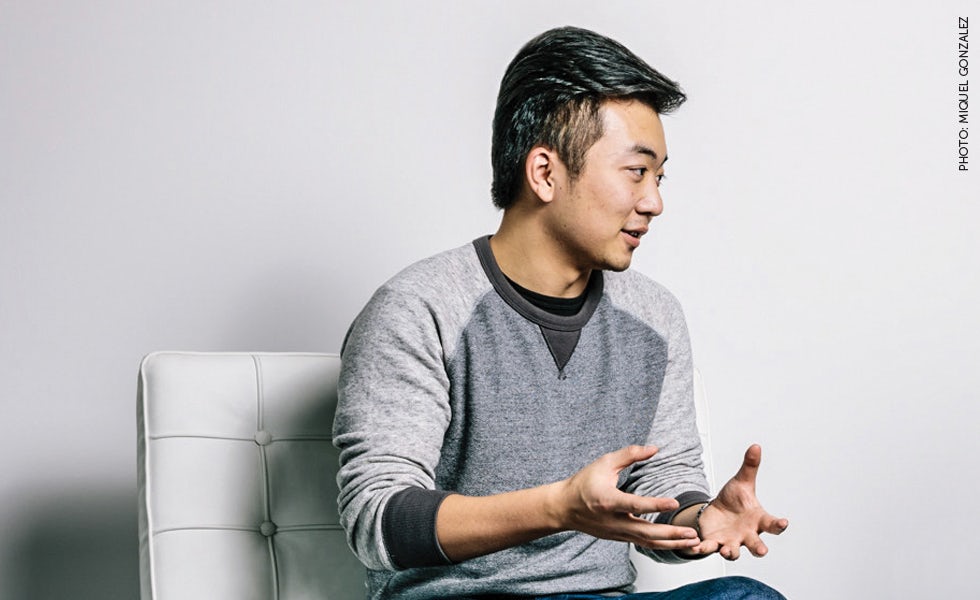 “Marketing amplifies the product, but it cannot be the substitute for an inferior product,” he says. “It’s getting easier and easier to make an eight-out-of-10 product, but it’s hard to make up the extra that takes it to a nine-out-of-10. Everyone can make a good product, but a lot of brands are stuck in their old business models. Our small scale and relatively young age is an advantage that allows us to focus on our core business model.”

Pei believes several consumer trends are combining to attract more customers to OnePlus, such as the rise of online-only businesses and the desire among young people “to show they are unique and find brands that they identify with”. OnePlus’s largest country market is India at present, but Europe also accounts for a significant portion of its sales, followed by the US and China.

“Younger people are open to new brands that stand for something and are open to purchasing things online,” notes Pei. “In the US, we’re seeing a lot of new brands, like Warby Parker for selling glasses online, or Harry’s for shaving materials. It’s the new business model of going direct.”

OnePlus is tapping into this behaviour in several ways, including a recent decision to offer free shipping on all online purchases over £60. In January, the company also partnered with delivery app Henchman for a promotion in central London where customers had the chance to receive a free phone if their order was not delivered to them within 60 minutes of purchase. “Everyone got their order on time – the fastest delivery was about 17 minutes,” says Pei.

This use of digital channels to drive awareness and sales is typical of OnePlus’s marketing so far, but the company has also encountered criticism for its use of social media promotions – notably following its ‘Ladies First’ campaign in August 2014.

In an effort to attract more female customers to the brand, the promotion asked women to upload photos of themselves for a chance to get an invite to purchase. The campaign provoked outcry among some social media users, who called it degrading towards women, and it was promptly taken down after a few hours.

Pei attributes this episode to a lapse in judgement in the company. “Our marketing work at that time wasn’t very mature,” he admits. “The idea of including women more in technology was a good one, but the execution was way off. No one [senior] approved it, so as soon as we saw it we pulled it.”

OnePlus’s future growth strategy depends on its ability to build brand trust and affinity, so the company is keeping a closer check on its marketing output. It is also focusing on a particularly ‘ethical’ approach to its dealings with customers, as exemplified by the comparatively low price of its phones and by its decision to retroactively refund eligible customers, following its free shipping announcement.

“Some companies have a returns window where you have to ask to be refunded,” says Pei. “Instead, we just refunded everyone and sent an email saying ‘we did this and here’s your difference back’. In the short term that might seem stupid but if you’re in it for the long run, I think that trust and goodwill builds over time. In the end, because of our low marketing spend, we need our users and fans to spread the word.”

Pei was born in China but grew up in Sweden after his parents emigrated. He moved back to China to begin his tech career, undertaking a marketing internship at Nokia’s Beijing office in 2010. He later had stints at Chinese electronics groups Meizu and Oppo, before starting OnePlus with some of his Oppo colleagues.

He names his main ambition for this year as being to grow OnePlus “in a sustainable way”. The company increased headcount from 250 to 700 in 2015 and now has offices in New York, London, Bangalore and Taipei, in addition to its China HQ and manufacturing base. Pei also states that the firm broke even within its first year of operations – an achievement he credits to its patient approach of matching inventory with demand. “A lot of companies lose money for the first four of five years,” he says.

However, OnePlus has also progressively removed the invite requirement for its phone models in recent months, thereby opening up sales to the mass market. “The invite-only [system] is decreasing, so our risk appetite is getting higher and higher and production is ramping up,” confirms Pei. This rising confidence within the business looks set to continue with the launch of the OnePlus 3 this summer.

“A lot of companies face tough choices when they go from early adopters to the ‘early majority’ market,” he muses. “Early majority users are more concerned with the reputation of the company – the trust, reliability and ease of use. After more than two years [of operation], there’s no excuse to not grow up.”

Pei reveals that OnePlus is now in a position to invest in advertising, though he insists it will continue to focus on building its community through word of mouth. In particular, he is conscious of the need to retain the OnePlus brand difference in a hugely competitive smartphone market. “It’s risky because people liked you because you were different and an outsider,” he adds.

“When you start to employ more of the same strategies as the big guys, why are you different? That’s something we’re trying to deal with. In essence, we are trying to boil down the few core reasons why people are attracted to our brand, and then amplify those reasons.” 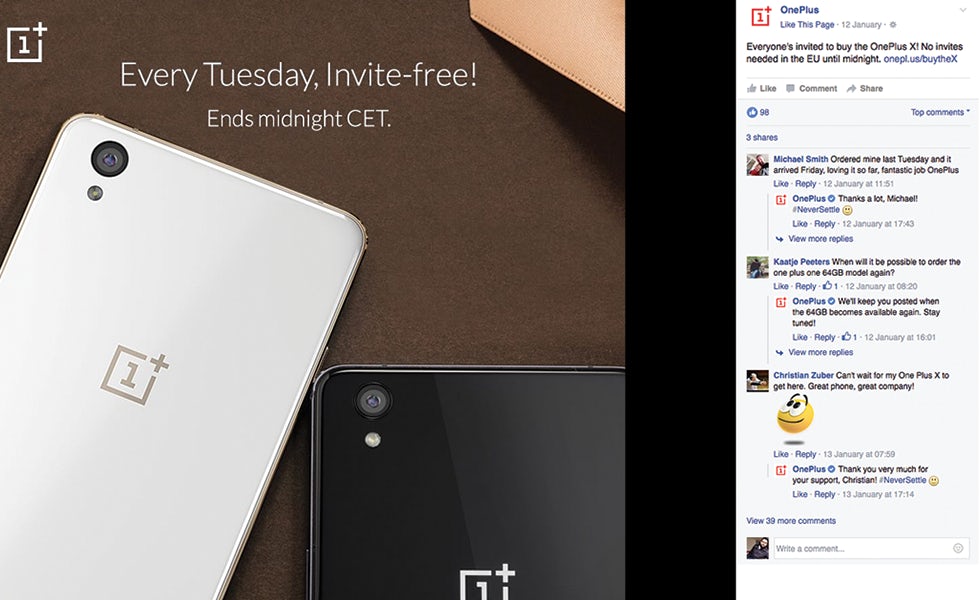 Social media promotions are one of OnePlus’s main tools for raising brand awareness. The company has employed an unusual ‘invite policy’ that requires people to receive an invite – either from a OnePlus employee or an existing phone owner – in order to buy the product. The key aim is to allow OnePlus to match its inventory levels to demand, but it has also given the business an ability to execute digital marketing campaigns as tech enthusiasts scramble to get invites.

“It was crazy when we first released the OnePlus One,” remembers Pei. “Every person who was [registered as] a OnePlus employee on Facebook got contacted by their old friends – even random people that they’d met once. They were all asking ‘do you have an invite?’. Someone said they would get a OnePlus tattoo if we gave them an invite.”

OnePlus has continued to tap into this viral effect with subsequent campaigns, including social media promotion ‘Smash the past’ that asked people to upload videos of themselves smashing their old phones for a chance to get an invite. Pei explains that such campaigns help OnePlus to grow its community of owners and fans – and to differentiate it from the bigger rivals.

“I heard that LG is spending [around] $200m a year just in the US on buying media,” says Pei. “We have nowhere near that; if we used the same strategies as the big guys, we would drown.” 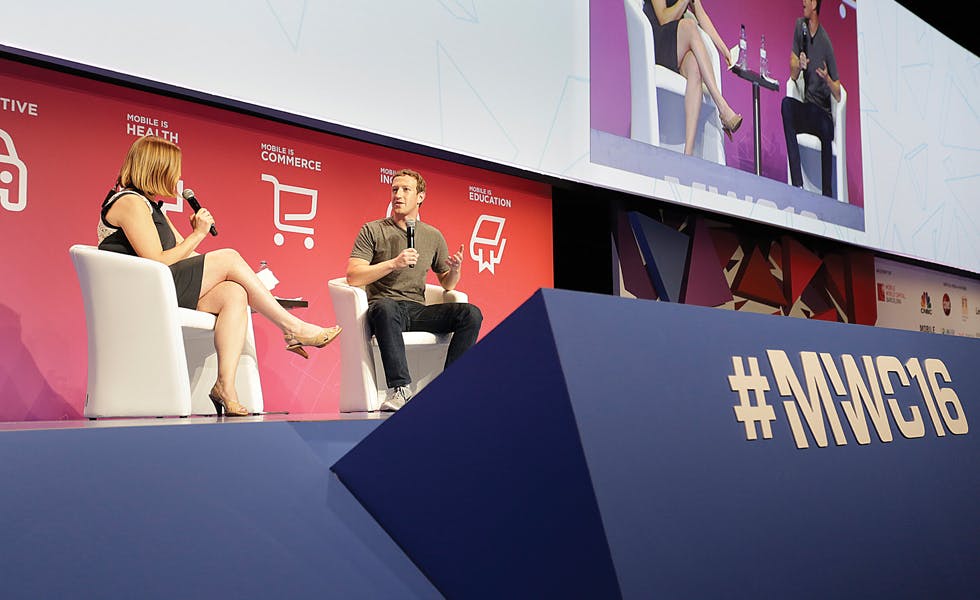 The great and the good of the marketing world were at this week’s Mobile World Congress in Barcelona where tackling mobile ad blocking, the rise of virtual reality and redefining the smartphone were high on the agenda. 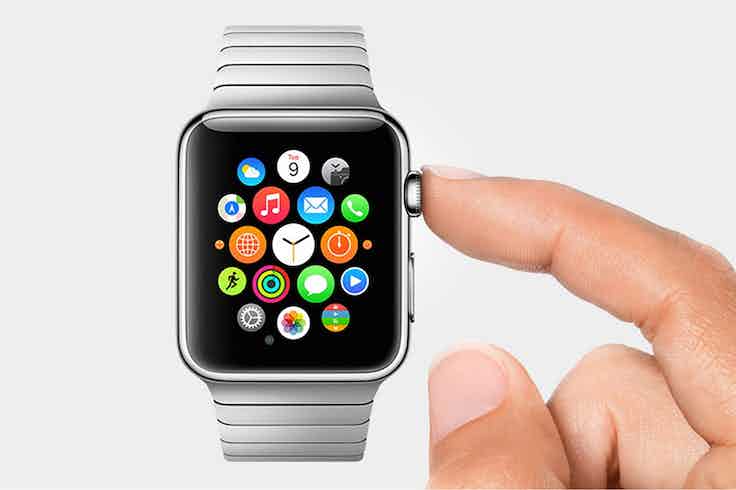