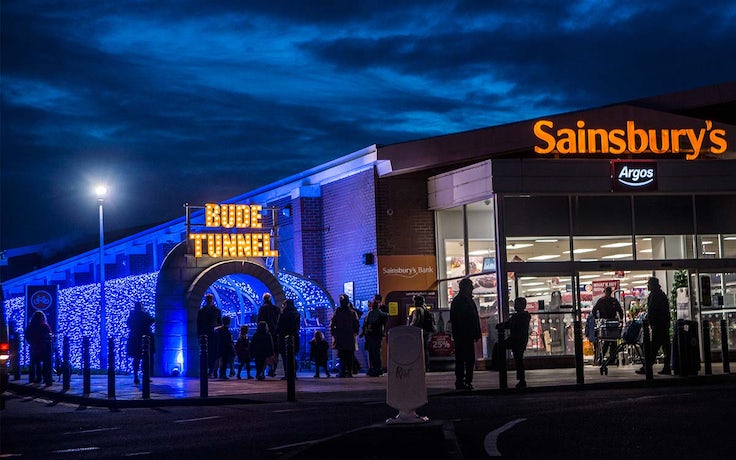 Christmas is a time when brands typically up marketing spend, with it being a particularly important time for retailers.

In 2018, Sainsbury’s decided the theme of its Christmas campaign was going to be ‘giving it all you’ve got for the ones you love’. Enlisting the help of agency Gravity Road and a Sainsbury’s trolley tunnel-turned-internet-hit in Bude, Sainsbury’s got to work on bringing this to life.

For whatever reason, this particular trolley tunnel on Britain’s Cornish coast had been racking up the ratings as an attraction on TripAdvisor. It was a classic internet joke: trolley tunnel turned unlikely tourist destination. It was also what Sainsbury’s and Gravity Road believed would be the perfect setting for a bold brand experience that would be uniquely ownable by Sainsbury’s.

The plan was a Christmas makeover of the Bude Tunnel that would make it truly worthy of a visit. It would also create a feel-good Christmas story that would delight the community, entertain the internet, and win some real love for Sainsbury’s – and a 2019 Marketing Week Masters Award for the best Branded Experience and Events.

After much meticulous planning, 100,000 LED lights, tinsel, sound effects and an igloo selfie wall, the working trolley passage was ready to vie to be Britain’s most spectacular Christmas light display.

Tonality was also key: it had to feel homespun, grassroots and true to the original spirit of the tunnel’s TripAdvisor fanbase. Sainsbury’s needed its store to be the star, not the marketing department.

Sainsbury’s now had to get Bude’s 10,000-strong community on board. This was their local Sainsbury’s, their internet joke, and their Christmas story to pass on. Their noise and advocacy would lay the foundations for the campaign’s “bubble-up amplification” approach: a burning red dot on the national heat map that would build momentum further afield.

To ensure the experience had particular meaning to Bude, Sainsbury’s gave the tunnel display a rolling wave feature to appeal to selfie-taking coastal surfers. It also partnered with local community action group, Light Up Bude, to fundraise for town Christmas lights after funding cuts.

Perhaps most crucially, Sainsbury’s encouraged the tunnel to be a backdrop for local community activities, which drew in schools, dance troupes, choirs and skaters, as well as plenty of animal visitors (including a horse) and a marriage proposal.

Bude couldn’t get enough of its tunnel. Within days it broke national news, became the #1 trending topic on Twitter and the most watched video on the BBC, topping a roll call of critical Brexit news pieces.

Share of voice for Sainsbury’s on social skyrocketed 276%, while news of the proposal helped the tunnel drive coverage all over the world, including in the US where the Tunnel became Fox News’ most read lifestyle piece.

The tunnel drove a 26% incremental sales uplift for Sainsbury’s in Bude and hundreds petitioned to keep the tunnel up longer, which Sainsbury’s agreed to.

TripAdvisor and Reddit fanbases continued to fuel the fire, dubbing it “better than Vegas”. It was the perfect antidote to gloomy news and Brexit: a feel-good local news story that made Britain smile. 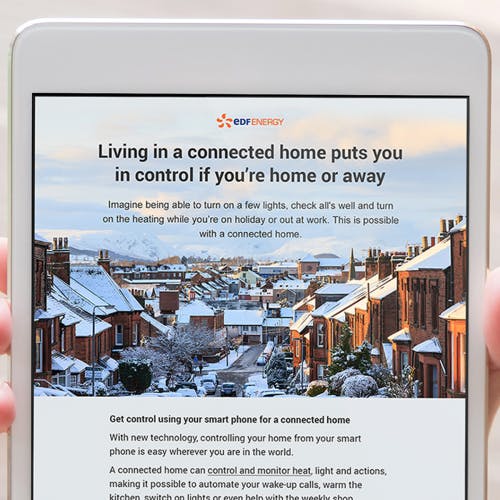 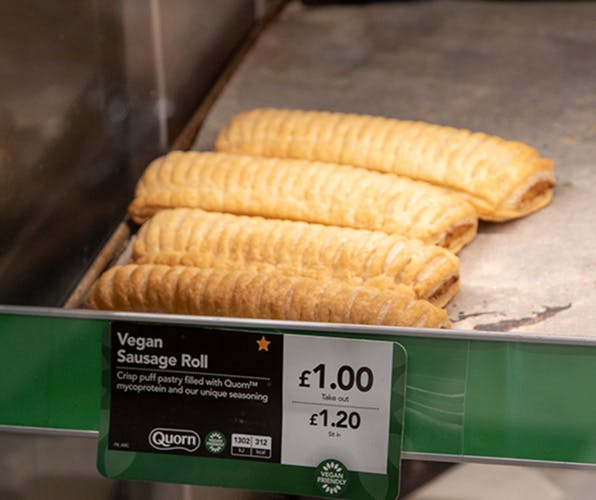 Blending a clever launch strategy with a healthy dose of hype, Greggs took plant-power mainstream in 2019 with the launch of its vegan sausage roll. 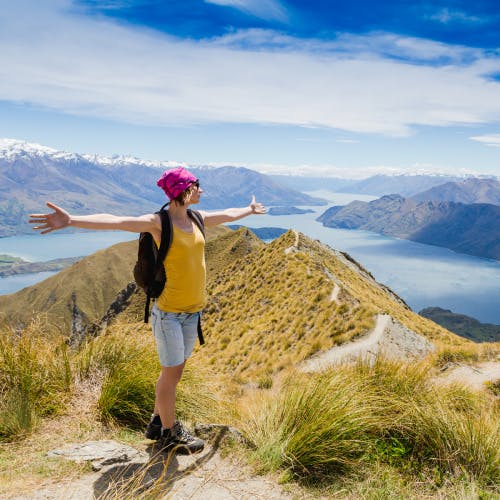 Tourism New Zealand managed to shift the world’s perceptions of the country with just a small budget and sense of humour.