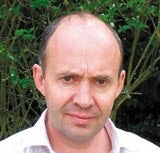 The spectacular level of media coverage attracted by Ellen MacArthur over the past few months has alerted sections of the media to the power of sponsorship in a way that no previous single event or occurrence has achieved.

Of course, numerous sporting events or momentous occasions and achievements over the years have attracted blanket media coverage – from Torvill and Dean to Kelly Holmes – but none has contained such a significant, dominant and, more importantly, obvious sponsorship element.

Having been involved with Ellen MacArthur and her team for the past six years, Kingfisher has been able to assess how best to realise the potential value on offer. From a sponsorship perspective, a lot has been learned in that time.

In 2005, the corporate Kingfisher name has been replaced by leading brands within the group – B&Q and Castorama. The branding and positioning of signage has been outstanding and work with the media has also been cleverly planned and skilfully managed. The actual breaking of the world record coincided with the two main national news programmes, even causing the BBC to extend its bulletin by ten minutes. The whole package added up to one of the most successful marketing communications campaigns in recent memory.

It is almost impossible to estimate the total media return on Kingfisher’s investment, but anyone with even a modest knowledge of how the media operates and what advertising costs would know that over the past three months Ellen MacArthur has delivered brand exposure value to her sponsor that is worth several times the level of the original investment. In addition, the goodwill and “feelgood factor” emanating from the triumph will reflect very positively on the sponsor. B&Q is now also going to use MacArthur in its advertising (MW last week), which will add longevity to the campaign and enable B&Q to turn the extraordinary level of consumer awareness into increased sales.

The programme has been successful on all fronts – few sponsorship campaigns deliver quite such wonderful results. More importantly, there will not be a marketing director in the country who would not be wishing that it were his brand emblazoned across the front (and most of the other) pages of every national newspaper. Sponsorship’s ability to take a brand to places where advertising cannot is one of its greatest assets. The exposure across every news and current affairs programme over a 24-hour period is a very good example of this.

Sponsorship as a marketing discipline has received a valuable boost from what Ellen MacArthur has achieved. She, of course, deserves all the plaudits. But she has also made a lot of people sit up and take notice of just what sponsorship programmes can do.