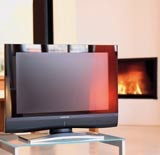 Grundig may evoke visions of 1970s-style, wood-framed televisions, but parent company Alba is investing in a major relaunch of the brand that aims to position it as a premium make at the heart of the UK content revolution.

Alba, which acquired Grundig in January 2004, has appointed a senior management team to spearhead the relaunch later in the year. Former Samsung sales and marketing director David Oldroyd has joined the brand as managing director and brought in Mark Neave, ex-Samsung group marketing manager, as general manager. Neave will head the marketing function (MW last week).

After an absence of four years in the UK, Oldroyd and Neave are keen for Grundig to have a clear point of difference in the highly competitive consumer electronics market. Neave points out that the life cycle of many key products, such as LCD and plasma screens, is down to just six months, so Grundig is planning to offer added value through areas such as content and ease of use. “Grundig in the UK is basing products on the UK content revolution and the desires of consumers in this country. It is people-led and technology-driven,” says Neave.

The positioning is intended to satisfy the demands of Grundig’s core UK consumer, aged between 35 and 55, and looking for a solid and simple product with good design. The brand also aims to attract new consumers by “excelling at emerging technologies” such as high-definition TV and internet radio. To support this, from the last quarter of this year all UK products will be designed domestically.

The cornerstones of product development, says Neave, will be digital television, high-definition content and games consoles, combined with ease of use. The latter means, for example, that the product is in the right mode for use when consumers arrive home with a purchase and that more than one HDMI (high definition multi-media interface) socket is fitted on TVs so consumers can connect all of their products.

It will also be supporting its design credentials with products such as the Ovation II, a music station that has a sexy Bang &amp; Olfesen look, and is reintroducing its Life, Ocean, Yacht and Beat Boy audio products as a retro range.

Neave believes that this makes Grundig stand out from rivals, which manufacture products on a territory or global basis. He adds: “Grundig will be a different brand in different places. It comes back to our strapline Made for You. It makes us different to other consumer electronic companies, as we are not looking at products as commodities.”

Industry observers will watch these plans with interest. Peter Eldon, former marketing director at Sanyo, believes that it is essential to have a well-defined strategy to survive in consumer electronics. He says: “Brands have to concentrate on niche markets rather than on the mass market.”

But Michael Gabriel, head of marketing communications at Sharp, warns that all consumer electronics brands will be jostling for a leading position in new technologies. He cautions: “Grundig has been away for some time, so I will be interested to see how it does against other heritage brands. These technologies are becoming mainstream now, but I wish [the company] all the best carving out a niche. It is a competitive market and everyone is looking to build share.”