Among the multiple, complex factors that contributed to the UK’s vote to leave the European Union last month; it is clear that class and education played a pivotal role. The results show that those from the DE social grade – unemployed people or those in unskilled and semi-skilled positions – were significantly more likely to vote for Brexit than people from higher social bandings. Some media outlets have branded the EU referendum a “peasants’ revolt” or “a howl of protest against the elites” from working-class voters. The question for business leaders and marketers is whether they are as guilty as politicians of ignoring and neglecting this hugely influential demographic.

Only three of the top 50 voting areas with the highest share of people from the DE banding voted to remain, according to an analysis by The Telegraph. In addition, people without higher education qualifications were more likely to vote leave, while only three of the 35 areas where more than half the adults have university degrees voted for Brexit.

Most of the top London-based advertising agencies loudly advocated staying in the EU prior to the vote. Given that London voted overwhelmingly for remain, in contrast to large swathes of the rest of the country, such agencies now face accusations that they are too far removed from ordinary people, cut adrift in a metropolitan ‘London bubble’.

The Brexit debate is not the only evidence that the marketing industry struggles to connect with marginalised groups. Marketing Week’s Diversity Survey, published last November, revealed an ongoing failure within many businesses to represent people from different backgrounds. The poll of 754 marketing professionals found that 43% do not believe
their brand’s advertising or marketing adequately reflects life in 21st century Britain. As the fallout from the Brexit vote continues, how can marketers address these issues?

There were signs before the EU referendum that certain brands were taking steps to tackle social inequality and a lack of diversity in their organisations. In April, the BBC launched a new diversity strategy aimed at ensuring the broadcaster has “a workforce at least as diverse, if not more so, than any other in the industry”.

Class and education feature prominently in this strategy, including a commitment to focus on social inclusion by gathering socio-economic information on all new employees. This is designed to help the BBC to keep track of the class backgrounds of its staff and adjust its apprenticeship programme accordingly. Other commitments include the use of anonymised applications for the recruitment of core roles, “unconscious bias training” for interviewers and a new partnership with job centres across the country to ensure roles are advertised to the unemployed.

The BBC hopes that these steps will help it to achieve greater diversity in its programming, so that its output better reflects the lives of people across the country. This was also part of the motivation behind the broadcaster’s decision to move a significant portion of its production headquarters to Salford, Manchester in 2011. Tunde Ogungbesan, the BBC’s head of diversity, inclusion and succession, says: “We want diversity and inclusion to be business as usual at the BBC and at the heart of everything we do on and off air.”

Other brands are tapping into new media platforms to connect with people from working-class backgrounds. The rise of social media and online video has enabled people from all walks of life to become self-made broadcasters – usually without any formal training or the same level of polish required for traditional TV.

Working with these vloggers and influencers provides many brands with a way of connecting with working-class people. For example, up-and-coming urban music artists frequently appear on new media platforms such as The Lad Bible and YouTube football channel Copa90.

However, despite progress in certain areas, youth charity Reclaim believes there is a long way to go to achieving class and educational diversity in many big businesses. The Manchester-based organisation aims to tackle social inequality by encouraging young people from working-class backgrounds to aspire to positions of leadership in areas such as politics, economics, media, culture and sport.

Kate Ramsey, programme lead at Reclaim, is managing a nationwide research project called Fairer Futures that involves working with employers to examine existing barriers to employment and career progression. Reclaim launched the research to coincide with the government’s recent consultation on a new policy to boost social mobility through work.

“We know that the barriers to employment occur a long way upstream of the point of application,” says Ramsey. “Many working-class people never apply for jobs that they would potentially be shortlisted for because they don’t have the confidence, they believe their face will not fit, they haven’t got the right connections [and] they can’t afford to do any paid internships.

“There are a host of both real and perceived class-related issues that prevent young people from applying for jobs,” adds Ramsey.

Successive governments have invested in apprenticeship programmes as a way of combating these issues and encouraging social mobility. In May, the Department for Business, Innovation & Skills launched a TV and outdoor advertising campaign featuring real-life apprentices who went on to land permanent jobs at major brands such as Boots, IBM, Lloyds Banking Group and Premier Inn.

The ‘Get In Go Far’ campaign aims to boost the self-confidence of young people considering apprenticeships as an alternative to university. It encourages all existing apprentices to share selfies and video clips of themselves at work on social media so that others can relate to their experiences.

Premier Inn employs around 700 apprentices across the UK at any one time and offers placements for different levels of ability and aspiration, with some higher-level apprentices going on to run hotels or large teams of people at corporate level. The hotel chain aims to recruit people from diverse class backgrounds through its programme, including those without a background of academic achievement.

“We provide maths and English support and ensure that the right programme is offered to
the right person,” explains a Premier Inn spokesperson. “We always try to take into account each individual’s aspirations as well as their starting point.”

Ramsey at Reclaim believes that in addition to top-down initiatives by governments and businesses, there needs to be a wider cultural change that helps to reduce the stigma around  class and background. “Brexit has only served to underline the London bubble and the disconnect from working-class young people,” she says.

“Meaningful change must involve active outreach that gives people support tailored to their needs, whether that’s how to prepare for an interview, or having the confidence to speak with a regional accent [in the workplace] without feeling it is going to count against you.” 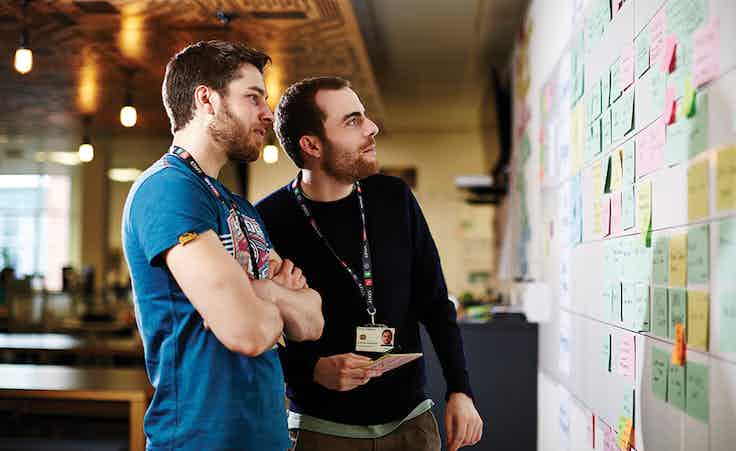 In a period of post-Brexit uncertainty and potential recruitment freezes, marketers will need to embrace upskilling to maintain a competitive advantage. 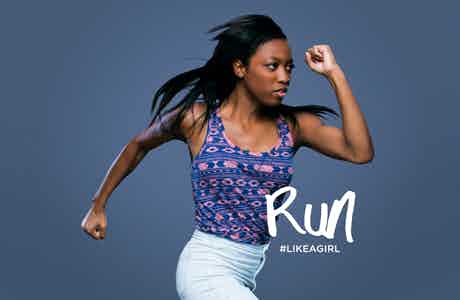 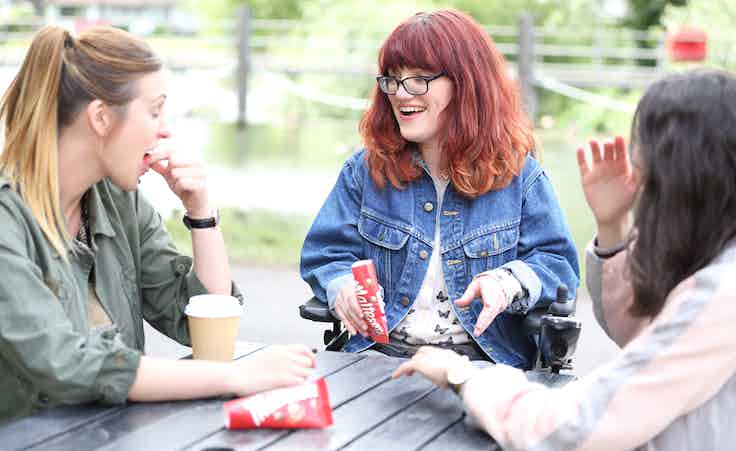