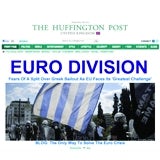 When AOL spent $315m (£195m) buying The Huffington Post in February, it set out a high goal of creating “a premier global, national, local, and hyper-local content group for the digital age”.

So in order to recruit readers for its UK site, which launched in July, it had to prove its digital credentials and create a launch campaign that would generate the buzz it needed to become an online favourite.

Independent agency MBA was tasked with developing a campaign that would break new media ground and simultaneously encourage people to join its debates. After a successful live Twitter feed launch campaign, it is now rolling out a second phase of advertising targeting morning newsreaders on their commute.

James Middlehurst, managing partner of MBA, says the ads aim to emphasise Huffington Post’s delivery of fresh content from a range of high profile contributors different to the national newspapers.

“We had insight to tell us that people knew about the Huffington Post but we wanted UK audiences to engage more with the UK-specific site and drive traffic, whilst raising awareness. The first phase was all about recruiting, now we wanted to really emphasise that the sire was the trusted quality news site with the heart and soul of a blog,” he explains.

In a media first, MBA and AOL set about using live Twitter feeds to promote the launch via Transvision screens at a number of train stations across the UK. Commuters were invited to tweet their opinions about various news topics, which changed throughout the day and selected tweets were then transmitted back out within the ads.

Middlehurst adds: “The creative challenge focused on conveying the interactivity of the site. We really wanted to convey the feeling that this site is all about encouraging interaction and debate. In the first phase, the response was fantastic and we were receiving thousands of tweets including from high profile personalities like John Prescott and Alistair Campbell.”

The very nature of this live action presented a series of challenges for the agency, which required savvy planning and strategy meetings.

“This required us being on the pulse at every moment, meeting every morning and debating how best to represent all the different headlines and tweet responses. Our copywriters then had to find creative ways of representing these in the limited space available and we also had to ensure that everything was moderated and suitable for all audiences using the railways,” says Middlehurst.

The next phase, which launched this week, sees interactive display ads strategically placed around London to target morning newsreaders on their commute.

The creative will be appearing throughout the next 5 weeks on escalator panels in 22 London Underground stations, LCDs in London’s biggest train stations, as well as online banner ads. Commuters are invited to engage in discussions on the latest news topics through Twitter, which will then be posted on the digital displays. The advertising campaign uses the strapline ’Blog all about it’.

Working with Total Media, the campaign will be buoyed with bigger media spend for the second phase and sets about reminding people that they can see more on debatable headlines on the site from a variety of sources. The twitter account is fast approaching the 10,000 followers mark in just two months.

Already a global brand, this is a creative campaign that has truly matched the brand ethos with its interactive credentials. The marketing approach may well be one that many media companies will look to follow.

See how other publishers, including the Guardian and the Telegraph, are executing multi-advertising strategies to boost demand for their print and digital editions

What’s in a name? Your brand’s reputation if a change in identity fails to win over consumers. Laura Snoad learns how marketers have successfully rebranded their companies and the pitfalls to avoid. Rebranding may offer the carrot of greater recognition and new interest from customers, but its ability to cause anger as Royal Mail’s brief […]