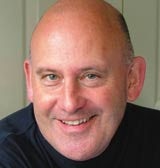 The first wave of Rajar (Radio Joint Audience Research) figures for this year, published last week, did not lie. It proved that talent and content will out, no matter how you measure them.

London’s 95.8 Capital FM is firmly back at number one. Chrysalis Group-owned LBC with Nick Ferrari in the breakfast spot has started to show what it could ultimately do. The station’s decision to move the Nick Ferrari show from the 9am to the 7am to 9am slot last year, doubled its listenership in the first quarter of this year.

Rajar proved that Christian O’Connell – nominated for three Sony Awards tonight (Wednesday) – is far more than just a buzz name in the media. Real people search for and like to listen to entertaining content.

BBC Radio 2, with controller Lesley “Schumacher” Douglas now in charge and driving solo for her first sweep, still leads the way. You can tell how successful she is just by listening to the station and the Rajar figures prove it.

For very practical economic reasons, radio does not create much destination programming. Many programmers would describe their breakfast shows this way, but mostly they are offering comfort food and I’m not complaining about that.

Radio 2, however, continues to lead the way because, as well as the basic favourites served up by top waiters, it offers some interesting and challenging dishes that you can also try – check out their evening and weekend schedules. David Mansfield of Capital Radio Group and Kelvin McKenzie will cry “they can only do that because we’re paying for it”, and they’d be right. However, Capital continues to invest heavily in talent and TalkSport went big on Becks with its Rebecca Loos exclusive with brilliant on-air promos, which is what destination programming is about.

McKenzie may be at odds with Rajar, but the latest figures show TalkSport is putting out some great programming. Of course, good content can cost a lot and advertisers can capitalise on this by offering expensive content to radio stations. Smart programmers will see the benefits.

I wasn’t surprised to see that digital radio had increased apace. I love my Pure Evoke 1. It gives me the chance to listen to the brilliantly programmed Century FM in London. It has good content and I can hear the sexy Debbie Mac at a decent time.

Don’t try to convince me, however, that anyone listens to the radio through the TV. I can’t understand why anyone would do that. In our house, if the TV is blasting out music, it’s coming from the MTV channels – but Rajar doesn’t lie, does it?

Prudential group marketing director Roger Ramsden has apologised to customers after sending open postcards to 250,000 consumers alerting them to bonuses on their investments. The Government Information Commissioner’s Office is investigating whether the mailing, created in house, contravenes data protection laws.

Coca-Cola has appointed Neville Isdell as the replacement for Doug Daft as chairman and chief executive officer. Isdell, an Irish citizen, is a former Coca-Cola senior executive who has been in semi-retirement since 2001…