A digital campaign, ‘Call it rugby’, created by BBH launches today (25 September). It sees the RFU partner with Virtue Worldwide, VICE’s in house creative services division, to create and promote five videos that aims to show the range of people from different backgrounds that play the sport.

One video features Londoner Sammy Green who used rugby to turn his life around and then mentored Jake Smyth, who was also heading down the wrong path. Another shows identical twins India and Georgie Perris-Redding who are aiming to join the national women’s squad.

Vice will promote the video as will the RFU on its digital and social channels, as well as across paid digital media such as video on-demand. It has also enlisted the help of vlogger Joe Suggs to encourage his audience to get involved with rugby.

Nic Fletcher, head of marketing at the RFU, admits rugby has historically been stereotyped as a game only played by people at private schools and that it is taking time to shake off that perception. However he says the make-up of the current England team and the breadth of people attending World Cup games and following it on TV is a sign that things are changing.

“We have made huge inroads to get schools that have never played rugby to play the game and to get the message across that rugby is a game for everyone. No matter size, gender or background there is a form of rugby for you,” he told Marketing Week.

The Rugby World Cup provides the RFU with an unprecedented opportunity to engage people with rugby and the organisation has upped its marketing spend to ensure it can achieve its goals.

It wants to get more fans engaged and more people cheering on the England team whether at games, in the fanzones or by watching on TV at home or in pubs and bars. But it also wants to drive the grassroots game.

Having initially focused on schools, the aim now is get more people aged 16-24 playing the game, where Fletcher said there is typically “leakage” as people leave school and start work or university.

He hopes that by partnering with Vice the RFU can reach this critical audience in a way that is authentic and relevant to them by telling the stories of rugby’s impact on real people’s lives.

“That millennial audience is hard to engage with. They can’t be talked at so we have to break down the barriers and speak in a way that is relevant to them.”

The number one aim is to direct people to a new portal called findrugby.com. It is a new area on its website which surfaces details on people’s nearest rugby clubs as well as what type of rugby is available to play, coach or volunteer for.

The RFU will also be looking to boost engagement with its brand digitally and on social – looking at metrics such as views, talkability and shareability.

Fletcher said the RFU is hugely pleased with reaction to the World Cup so far, which has seen it break numerous records for its own content. It has a “war room” in its offices which aggregates social content from across the web into one place and ensures it is capitalising on interest and responding to people.

While the England team performing well will be critical to the success of the tournament, Fletcher hopes that even if that is not the case the World Cup will showcase the power of rugby and its values.

“We are very proud of the values of the game. It is about teamwork, sportsmanship. A number of sports try to lay claim to those but rugby delivers them better than any other sport. It brings people together and teaches strong values whether you play a contact version or touch rugby, are male or female,” he explained. 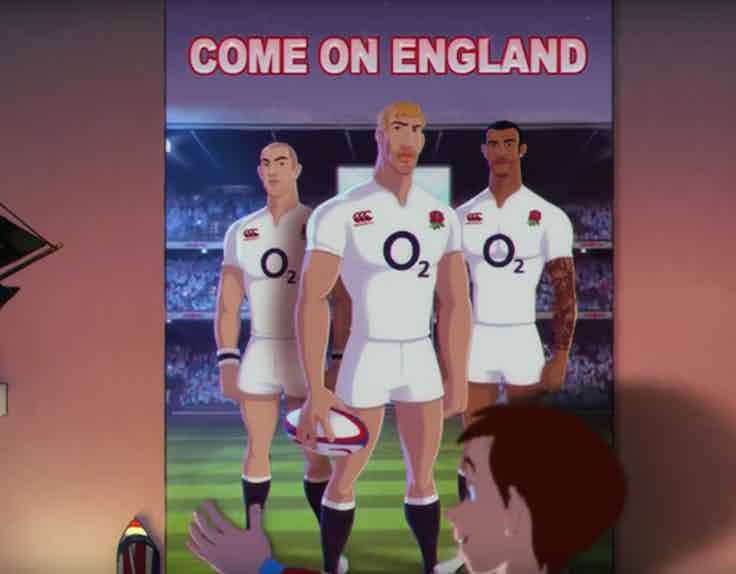 Long seen as too niche a sport for certain major sponsors, tomorrow (18th September) evening’s opening game of the 2015 Rugby World Cup is the perfect opportunity for brands to communicate the game’s unique story.

How brands can exploit consumer engagement that will be ‘off the scale’.