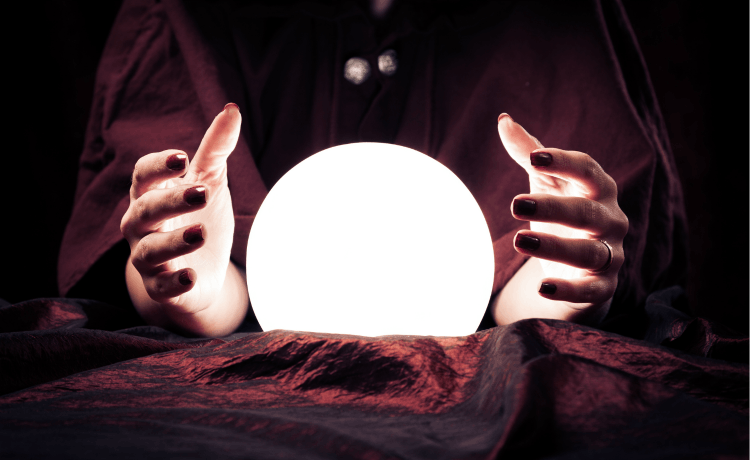 Since time immemorial, humans have longed to learn what the future holds for them. Soothsayers, fortune-tellers and clairvoyants have targeted that particular market with gusto, with hundreds of discredited and often absurd methods. Think reading tea leaves, consulting tarot cards, numerology and phrenology. In Ancient Rome, there were even religious officials called haruspex who interpreted omens by inspecting the entrails of sacrificed animals.

Whatever form fortune-telling takes, the basic outcome is the same: seeking meaning in random patterns and phenomenon. Today, there is a much easier way to get a glimpse into the cosmic plan for all our destinies: instead of looking at chicken livers, look at the detail of the first quarter results, annual reports and sales conferences that the likes of Google, Facebook, Amazon and Amazon have delivered in the last few weeks.

The key is to ignore the headlines and the press releases and look at the revenue numbers, statistics and lower-key announcements. Understanding the ramifications of this data and the investments being made means you can tell what’s going to happen in marketing in the near future – and it’s coming whether we like it or not so we might as well get used to it.

The rise of messaging for marketing

Let’s start with Facebook. Some of the statistics from its F8 conference were jaw-dropping. Forget the new dating app, the real gems were about Messenger becoming a marketing and business force. WhatsApp and Facebook Messenger combined are now doing ‘almost 100 billion’ messages per day.

Old school SMS peaked at around 20 billion a few years ago. Facebook Messenger grew in one year from two billion messages in 2016 to eight billion messages in 2017. The number of monthly active bots grew from 100,000 in 2016 to 300,000 in 2017. Facebook has a grip on messaging like no other – and chatbots are now something us marketers have to consider for customer service and selling.

READ MORE: Vodafone expands its use of chatbots as it looks to transform the digital experience

Facebook is also bringing augmented reality (AR) to Messenger that will allow businesses to integrate new camera features and interactive shopping to the messaging experience. It is also doubling down on Facebook Marketplaces in Europe, which has been a big success in the US. Marketplaces is Facebook’s version of classified advertising or ‘yellow pages’, featuring property, cars, bicycles and so on: the difference is it is free for a listing. Not good news if you are eBay, Zoopla or Autotrader. Will we be creating a product catalogue for Facebook too?

Then there is Facebook Watch (currently only available in the US). Facebook is already funding new programmes just like Netflix and Amazon, but also allowing vlogs and videos just like YouTube. The quote from Facebook is ominous: “Our goal is for Watch to be a platform for all creators and publishers to find an audience, build a community of passionate fans, and earn money for their work.”

And, one more thing: Facebook had a 49% growth rate in quarterly earnings in Q1 2018. The insight for us marketers is that despite fake news furores, Cambridge Analytica and the threat to democracy, Facebook is not going anywhere. It has just started. Just think what Facebook Watch will offer in terms of advertising with TV or Netflix-like programmes and scheduling.

Google CEO Sundar Pichai’s presentation about Google Duplex at its I/O conferece was the most impressive of the tech conference season. Duplex are voice-driven personal AI assistants that sound convincingly natural with “ums” and “ahs”, speak like a real person and can organise hairdressing appointments.

The bigger cloud computing gets, the smaller and thinner our devices can be, and this leads to a bias toward everything being on-demand.

Astounding as that might be, what is just as surprising is Google search grew by 19% alone in 2017 and YouTube grew by 26% in the first quarter 2018. And this from a company with $100bn in revenues. Google is keeping its foot on the accelerator by increasing its capital spending to $7.5bn per quarter!

For us marketers, if we think search is over, we are mistaken. The increase in Google’s search results was driven by mobile. It is now applying that capability to voice – so we will have to rethink our approach to search as Google amps up voice-driven search sooner rather than later.

For Apple’s quarterly figures, the interesting bit was not iPhone sales but Apple’s services results: App Store, Apple Music, iCloud, and Apple Pay grew by 31% year on year, 8% higher than the previous quarter. The phrase ‘services’ is the key piece. What do services rely on? Cloud computing.

READ MORE: Colin Lewis – The key to marketing success is changing your mindset

Cloud computing and the rise of the subscription model

Yes, cloud computing is a little bit dull and a little bit obscure but the films, music, books and social media you follow all live in the cloud. The cloud is what enables AI, machine learning, on-demand access, and the explosion of ‘everything-as-a-service’. Author of The Inevitable, Kevin Kelly, calls cloud computing “factories for services” that are the “most reliable machines in existence’, because of their distributed nature and built-in redundancies.

The bigger cloud computing gets, the smaller and thinner our devices can be, and this leads to a bias toward everything being on-demand. And the on-demand is biased toward access over ownership. The switch from “ownership that you purchase” to “access that you subscribe to” overturns many marketing conventions. And it’s all driven by the cloud. Understand the cloud, understand what is possible in the future.

And who is the biggest of the lot when it comes to cloud computing? Why, that existential threat to retailers the world over, Amazon. Amazon’s overall revenues grew 39% year on year in Q1 2018; and subscription-based Amazon Prime (the free-shipping programme that includes Prime Video and other perks) had surpassed 100 million members worldwide. But it is Amazon Web Services (AWS), the cloud-based computing, storage and streaming division of Amazon, that is actually driving the future.

AWS grew 49% in Q1 2018 – and it already has a turnover of almost $5bn, exceeding the next four closest competitors combined (Google and Microsoft included). It has higher margins than Amazon.com and more than one million customers in 190 countries, including Netflix, NASA, Ryanair, Airbnb, Spotify and Vodafone. CEO Jeff Bezos called out AWS in remarks included with Amazon’s Q1 earnings announcement: “AWS had the unusual advantage of a seven-year head start before facing like-minded competition”.

You don’t have to consult the tarot cards or read chicken entrails to work out what is going to happen. The power of platform effects are fuelling all these big companies and market power is giving them price inelasticity. We, as the marketers, the advertisers or the ecommerce brands are, in turn, drawn to their services so we can reach the consumers using these platforms. We almost have no choice. The question for marketers is this: what should we do now we have looked into the crystal ball? 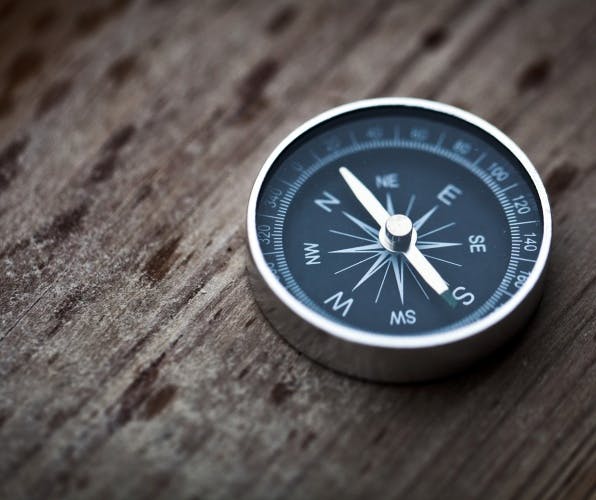 In an uncharted world of exponential change driven by technology, marketing leadership means depending on judgement as much as data, and personality as much as skills.

EasyJet’s new CEO believes that by maximising its data use and focusing on core areas including holidays, business customers and loyalty it will be able to see more growth.